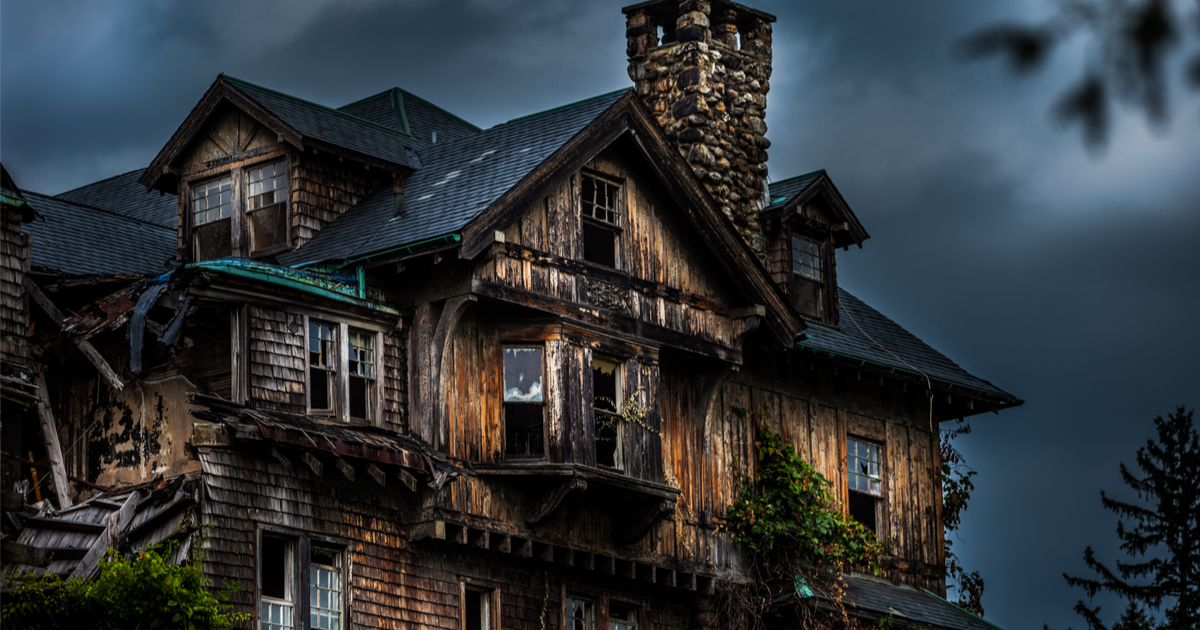 Spooky season is upon us, and this year The Hard Times has decided to go all in on Halloween content! When I mentioned the lore surrounding a supposedly haunted house in my hometown during a brainstorm meeting the editors insisted that I put together a team and see if we could survive a full night inside the alleged den of horrors. Well, we did survive the night, but there were nonetheless grave consequences for our transgressions.

We all have fucking Mesothelioma now. Me, my best friends, the psychic we hired and the photographer, we’re all real sick, and we’re probably going to die. Happy Spooktober you fucking animals.

Yeah,it turns out the root of all those spooky stories about the old Creedy place was a huge asbestos problem that claimed the lives of the entire Creedy family. In hindsight that makes way more sense than the satanic possessions, ghosts and government classified cryptid/alien encounters blamed in various town legends. The house is rightfully condemned, but the town and the banks have been in legal stalemate over who should assume the cost of removal for decades, so that’s why it has all of those ominous “keep out” signs, not because the old grandfather clock becomes a portal to a hellscape dimension every night at midnight like I heard on the 6th grade bus.

Admittedly a few of the signs read “Hazardous material on premises, do not enter for your own safety,” but you can see how we just assumed that was part of the conspiracy.

The night itself was actually quite boring and uneventful. After a while we actually started trying to antagonize the evil spirits. First we yelled at them, and told them how cool our tattoos were like they do on Ghost Adventures. Then we started fucking around with an Ouija board. When that didn’t work we burned the board and pissed on the ashes. None of this seemed to evoke a spiritual response.

My buddy Stew did think he saw a shadow guy for like a second, but he later admitted he was trying to get high on cough syrup that night so that’s pretty dubious.

Well, our job was to get scared, and I can tell you we are all very scared right now so, success. We’re just scared in less off a “hey what was that spooky noise” and more of a “Jesus, I have to tell my mother” sort of way. Still, spoooooky!