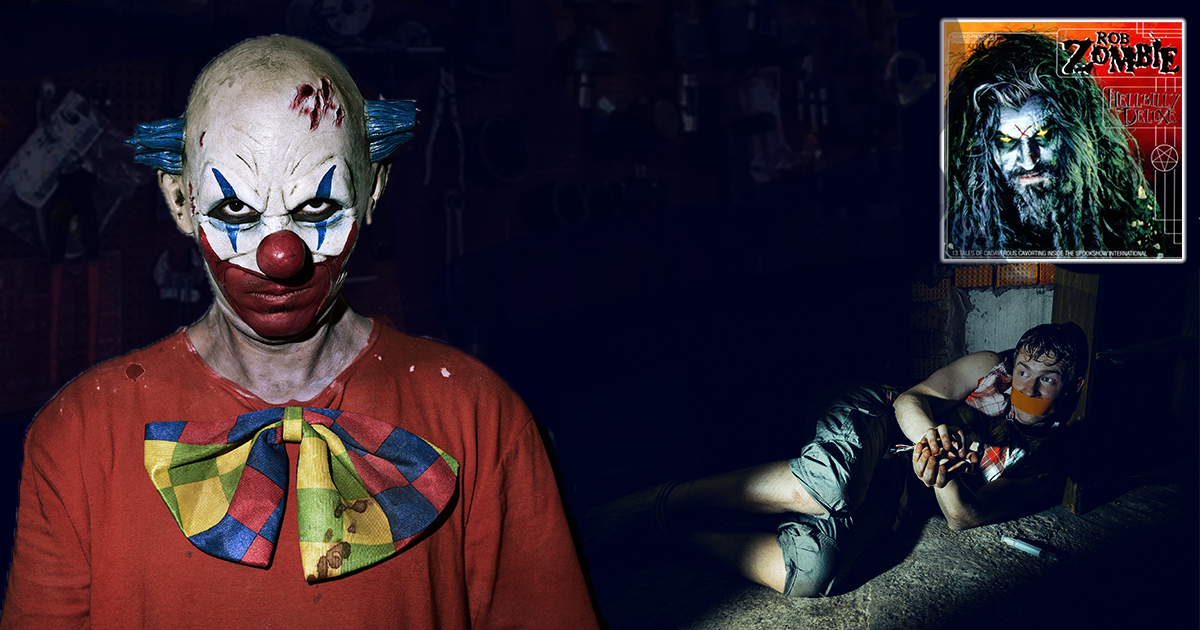 There’s no denying it, fall is in the air. The leaves are changing. Kids across the country are counting the days till Halloween. And somewhere, in some filthy boiler room, we are being held against our will by a deranged carnival worker who drugged and abducted us from the haunted hayride. What a perfect time to look back on Rob Zombie’s macabre metal masterpiece “Hellbilly Deluxe,” the album our insane captor is playing on a loop as he shuffles to and fro preparing god knows what.

As the ominous intro track “Call Of The Zombie” gives way to the album’s first single “Superbeast” this albums message becomes immediately clear: The insane transient who has kidnapped you means business. I mean this knife wielding maniac is just not fucking around! As you’re drawn in by the songs hypnotic industrial hook you realize that this man has plans for you, and that those plans are beyond anything manifested in your deepest, blackest nightmares.

Before you can even catch your breath the album hits you with its biggest banger, “Dragula” then cools down a bit with the melodic drone of “Living Dead Girl.” Apparently this one reminds our abductor of someone special. I’ve never seen someone industrial dance and cry at the same time before.

“Perversion 99” is a creepy little slow burn of an interlude. Between the songs disturbing ambience and the ominous noise of power tools in the next room you’ll be asking yourself “dear god what is he building in there?!” in no time.

Of course by the time the balls to the wall “Demonoid Phenomenon” kicks in your kidnapper has already leapt from the workroom to reveal his creation, a bunch of gas powered saws welded together into one crazy mega saw. It’s pretty clear that at least one of us is about to die and as Demonoid Phenomenon gives way to Spookshow Baby you begin to realize that person is the lucky one. Things are only going to get more fucked up from here.

“How To Make A Monster” is a bit of a striped-down throwback, as is the fact that this guy is now miming sex with a dirty Raggedy Anne doll to show us how crazy he is. It’s like, “dude, you just mutilated a friend of ours with power saws. This is, comparatively, pretty tame.”

“As Meet The Creeper” starts up both the album and our assailant are feeling a little stale and repetitive. Ok dude, you’re “the creeper.” That’s established. Now what?

Once the album trudges into “The Ballad Of Ressurection Joe And Rosa Whore” it becomes official. Nobody knows what they are doing here. Not Rob Zombie, not this murder guy, not my piss soaked soon to be dead coworkers, nobody. I’m about to be murdered in a boiler room on Halloween night, how the fuck am I so bored?

This is around the time I completely tune out. Much like “Hellbilly Deluxe,” the actions of our deranged captor suffer from being too top heavy. When you start with a track as heavy as Superbeast or an act as brutal as chainsaw murder, it’s hard to up the ante.

Oh shit, now he’s setting up a camera. Man, this dude has truly learned nothing from Rob Zombie’s mistakes.