From Failure to Pussy Slayer: The Charles Schulz Story 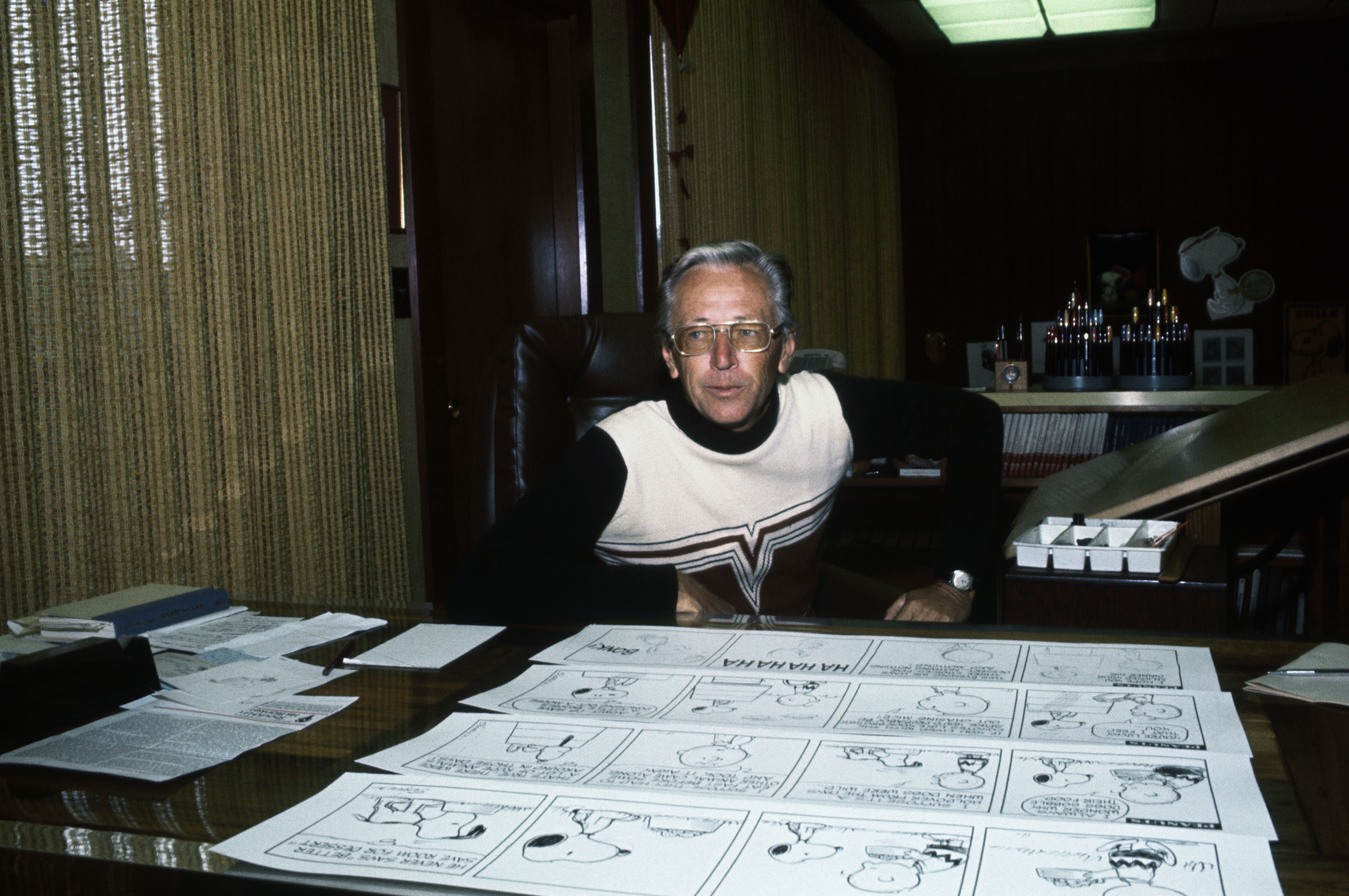 Today we all know Charles Schulz as the creator of the Peanuts comic strip, a man who single-handedly touched the hearts of generations of fans, and the undisputed all time king of getting his dick wet. But Schulz was far from an overnight success. This holiday season we’re looking back on Schulz with a timeline, chronicling his journey from lovable screw up to all-time fuck champion:

1922 – Charles Schulz is born and given the nickname “Sparky,” mortally wounding his pussy pounding prospects for years to come.

1940 – Schulz submits cartoons to the high school yearbook. They are rejected. Operation highschool fuck fest is officially declared a no go.

1941 – Schulz submits his work to a number of publications and studios, including Disney, and is turned down by every single one. His lifelong dream of crushing that puss on the reg takes a devastating blow.

1942 – Schulz is drafted into WWII, later stating, “The Army taught me all I needed to know about loneliness.” Sources close to Schulz later confirmed that the Army taught him virtually nothing about gettin’ some strange.

1947 – Schulz publishes his first panel comic “Just Keep Laughing.” It is canceled the same year, drying up all the pussy in his path.

1949 – Schulz begins dating Donna Mae Johnson, who would reject his marriage proposal and marry another man the following year. Schulz would immortalize her as the unrequited love interest of Charlie Brown. He would go on to find solace in an avalanche of poon tang.

1950- Due to a conflict with a pre-existing comic (Tack Knight’s “Little Folks”) Schulz was forced by the syndicate to rename his strip Peanuts, a name he openly resented even decades later, claiming the title was, “just not as much of a leg spreader as I was looking for at the time.”

1950 cont. – Peanuts debuts in seven newspapers. United Feature Syndicate pays Schulz $90 for his first month of strips, which only amounted to “some pussy” once adjusted for inflation.

1955 – Schulz gets his first official corporate sponsor when Kodak uses his characters in a camera manual. Drawn to his sweet-ass new Kodak money, top shelf pussy starts falling right into his lap everywhere he goes.

1958 – Peanuts is blowing up. Schulz strip is published in 355 U.S. papers and 40 more worldwide. Plastic Snoopy toys start flying off the shelf. The phrase “beating the pussy off with a stick” is coined when Schulz is literally forced to do this one evening attempting to get from the airport to his car.

1969 – Schulz opens his own ice arena and coins the phrase “good grief!” after an exhausting four way with the wives of the Apollo 11 astronauts.

1972 – Joyce Schulz divorces Charles, citing his epic reserves of side trim as the primary reason.

1979 – Schulz’s run-off pussy becomes an official economy and outperforms the U.S. dollar 10 years in a row.

1996 – Schulz is given his own star on the Hollywood walk of fame. The walk remains “slick with it” to this very day.

2000 – Schulz dies, leaving behind a cartoon legacy. If you are between the ages of 17 and 65 and live within 30 miles of a major U.S. city there is a one in four chance that you are a direct descendant of Chuck “Pussy Hound” Schulz.