This Quarantined Man Only Sleeping a Restless 14 Hours a Night 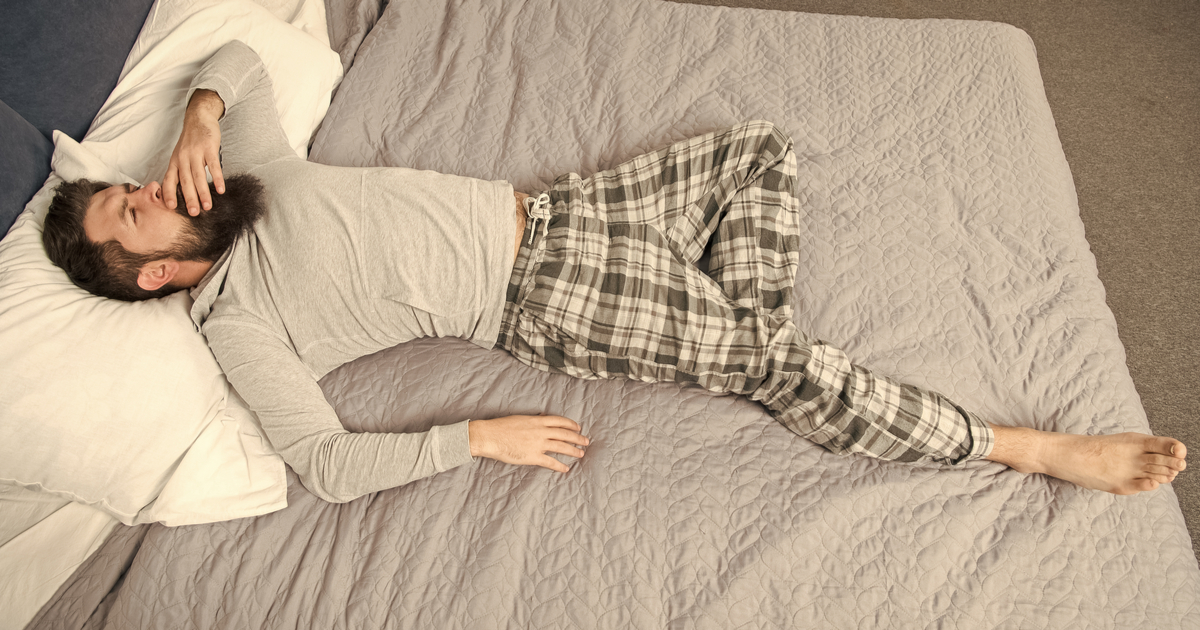 Weeks of shelter-in-place left one unlucky man’s sleep schedule completely turned around! James Walters, a thirty-year-old father of one and the only person on the planet with this problem, has only managed a mere 14 hours of restless sleep a night.

“After watching a season or two of ‘The Office,’ I settle in for the night around eight. But I often find myself waking with a start at, like, two in the morning. Just six hours later!” said Walters, speaking from inside a mass of blankets and Snickers’ wrappers. “It sometimes takes me an hour to fall back asleep, and then by 10 in the morning I’m wide awake no matter what I have to do later that day, which is always nothing.”

What??? Wow, what a unique set of problems. Walters’ wife, Jennifer, notes that his suffering affects not only him, but the rest of the family.

“When James sleeps, he snores really loudly. It’s usually not a huge deal, but when it happens for roughly 85 percent of the day, it really starts to grate on your nerves, you know?” said Jennifer. “It’s gotten so bad, we’ve started sleeping in shifts. I take days, he takes nights and half the day.”

Doctors across the nation are aware of the challenge many Americans face finding good quality sleep for over half of a normal day and some are even declaring it a national crisis.

“Times of pandemic can be especially stressful, and it’s important you allow your mind to rest so you can take a break from worrying about how you’ve been furloughed and that $1200 stimulus check may never arrive since they don’t have a direct deposit number for you because you haven’t gotten a refund on your taxes in years because you’re technically a freelancer now thanks to your company’s restructuring,” said one catastrophizing doctor. “I didn’t even realize you could force a doctor to go freelance. Gotta love Capitalism.”

James can currently be found midway through a five-hour afternoon nap that he plans to wake from groggy and disoriented, while his wife teleworks, taking breaks to assist their son with his schoolwork. Hopefully she’s getting enough sleep to have the energy to support her husband during this trying time.