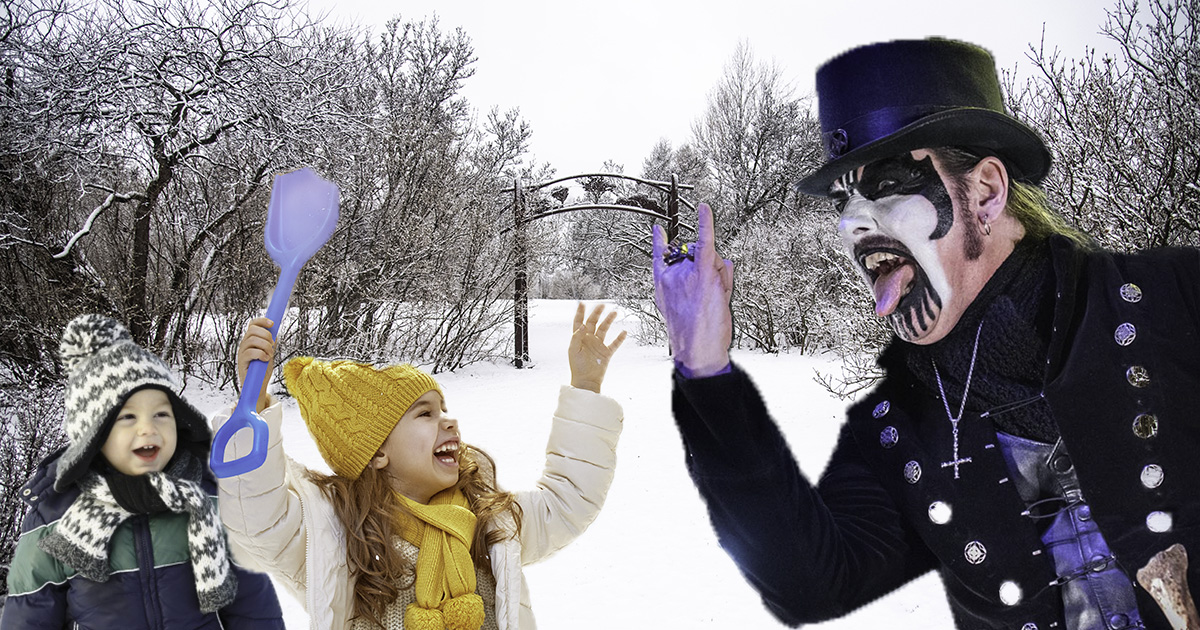 Few people actually remember the fact that King Diamond was created after a group of local Danish children put a magic top hat they had found onto a suit they had filled with a bunch of sticks and mud.

It was a hot day in June when brother and sister Esben and Lykke Vestergaard were playing the traditional Danish children’s game called Sugerørmand, where a human-like figure is created from found items, on their family’s farm when they found a top hat in the back of a barn.

As the legend goes, Esben put the top hat on the figure and it instantly came to life, let out a piercing laugh the could be heard for miles. A thusly King Diamond was born. It is said that King Diamond then brainwashed the two children and had them to slaughter their parents and drink their blood.

In his new weakened form, King Diamond ate both children whole. He then killed a cow and cocooned himself within the carcass to finishing growing his human form. Many believe that King Diamond’s magic top hat actually fused to his body during this pupa stage and can now never be removed.

Two weeks later a group of townsfolk, searching for the missing Vestergaard family, stumbled upon the rotting cow carcass. Kind Diamond burst forth and slaughtered the search party and used their blood to paint his first corpse mask.

As the legend goes, King Diamond terrorized the Danish countryside, spreading the word of Satan, and eating children. As we all know, King Diamond eventually formed the band Mercyful Fate with reanimated corpses he dug out of a cemetery.

Songs were written about the coming of King Diamond and animal sacrifices were made on his behalf all thanks to two curious kids and a magic top hat.