Sorry I’m Late, I Was Thinking About Chicago-Style Hot Dogs 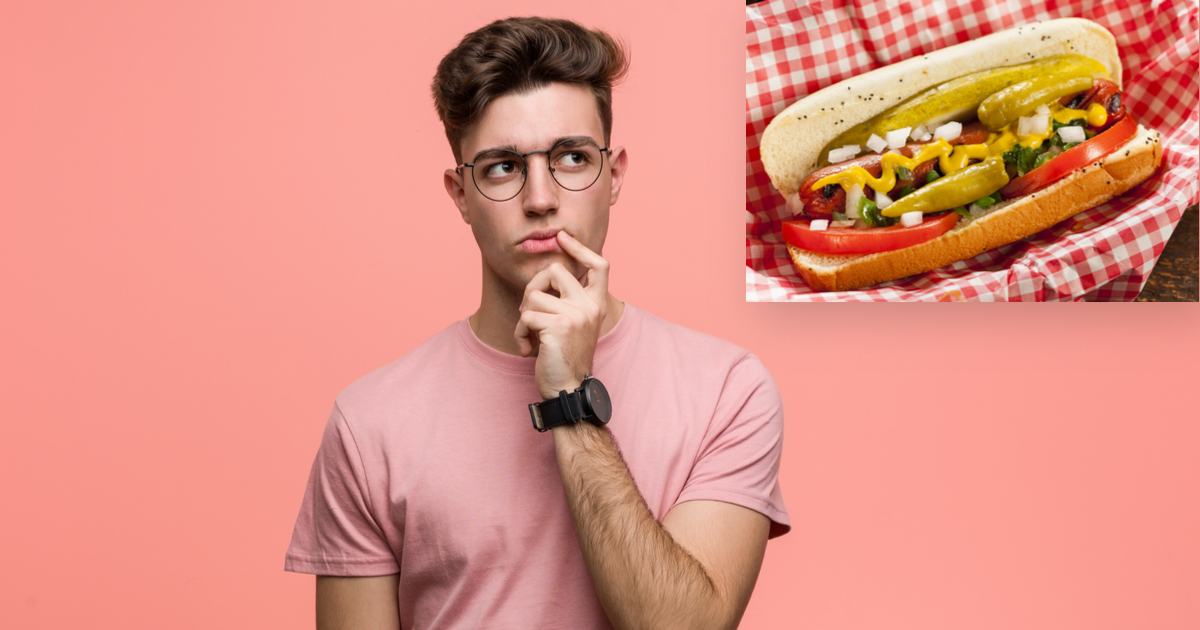 Hey guys, I know I’m running a little late but — I know, I know, I’m trying to get there. I’m just super behind right now ’cause I can’t stop thinking about Chicago-Style hot dogs.

I know I could’ve been late for any number of reasons, but I wouldn’t lie to my closest friends. It was just this fucking hankering for a piping-hot hot dog slathered with yellow mustard, diced white onions, bright green relish, sport peppers, a whole pickle spear, sliced tomatoes, and some celery salt, all on a fresh poppy seed bun. Yeah yeah yeah, I know. Believe me, the idea of tomatoes on a hot dog sounds crazy but you gotta trust me. I’ve thought about it a lot.

How about this? When I get there, I will acknowledge that I should have left earlier and planned ahead. But can you all admit that time waits for no man who is swept with thoughts of Chicago dogs? No? Seriously, have you had these? No?! Dude, holy shit, you’re missing out. I haven’t had one in a while, but I remember them being fucking GOOD.

The colors, the textures; all at odds with the rest of the world’s views of what a hot dog should be, yet so delicious. So beautiful. Like a work of art. Well, more like a child’s idea of art. But who knows hot dogs better than children?

I’m only human. I know I could have at least gotten dressed and showered, had I only known I would have been so late. It’s just the thought of the cold snap of the pickle with the hot snap of the dog was all I could think about this morning. It’s not like I’m a firefighter or an EMT rushing to save lives. I’m coming over here to eat what appear to be regular fucking hot dogs. Maybe if you traveled a bit (specifically to Chicago) and put some culture in your dogs, more people would show up on time.

So while I’ll admit my lateness isn’t a good look, it’s not like anyone died, except maybe that pedestrian I tapped while I was mulling over which brand of hot dogs I wanted to buy. I’m thinking either Nathans or Sabrett, but I’m still undecided.

Ya know, if we lived somewhere with good Chicago-style dogs — not even Chicago, just a place with a Chicago ex-pat or something running the place, maybe a guy named Chicago Mike who gets the real shit shipped in from Chi-Town — I wouldn’t be in this predicament.

Sure, googling sport peppers and that bright green relish could have waited until after the interview. Oh, and I also missed my exit trying to remember if I had celery salt. So yeah, I’m an additional fifteen or so minutes late ’cause of that. But I can’t stress enough that it’s the little dash of celery salt that really makes the whole thing.

In summation, thank you for the opportunity, and I look forward to hearing back about my future with the company. I promise that, if hired, I will not let my love of regional cuisine get in the way of my ability to perform this job, unless I get really sidetracked with one of my Nashville Hot Chicken kicks.