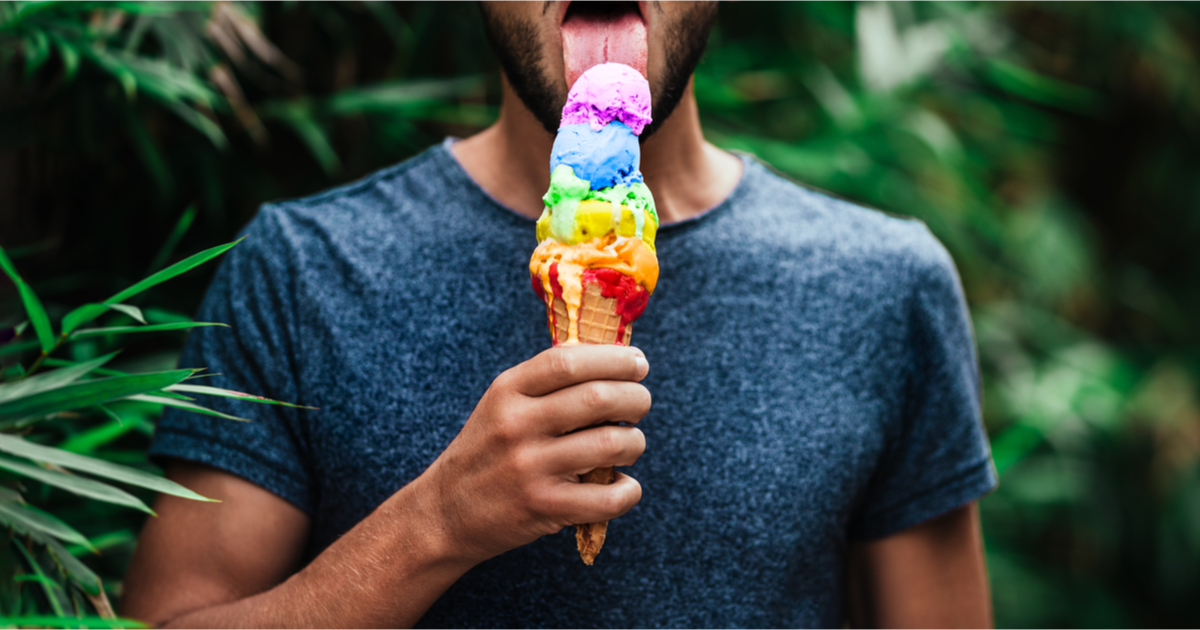 If there’s one thing I hate, it’s people that lie about a sexual orientation that I don’t even really believe exists in the first place. Like, the other day, I’m chatting with this guy at a party and he tells me he’s one of them “bisexuals.” He must have seen the surprised look on my face, so he tells me, “Oh no, you’re not my type,” which kinda hurt my feelings, but we kept talking anyway.

So we keep talking and eventually I ask him, “How do ya do it?” and he goes, “How do I do what?” and I say, “You know,” and he says, “I don’t know,” so I say, “How do you maintain a perfectly even amount of male and female sexual partners so you don’t lose your status as a bisexual?”

Then he just looks at me for like 15 seconds, which is actually a pretty long time for a stranger to stare at you, and says, “Are you serious?” and I’m like, “Of course I’m serious. If you have sex with 50 men and 50 women, then you’re bi. But if you then have sex with a woman, you gotta run and get yourself some dick, otherwise you’re straight. Isn’t that exhausting?”

We get into it about how much sex with who makes you what and I swear, this fella was trying to make the simplest thing so god damned complicated! You bang six women and four dudes, straight. Six dudes and four babes? Gay. It’s not rocket science!

Somewhere around the part where I tried explaining that all virgins are asexual, the guy just blew his stack. He went off on this crazy long diatribe about Robyn Ochs and how sexuality is a representation of the sex you have/ want to have/ say you have or whatever such nonsense. Honestly I felt bad for him, being so intellectually outmatched and whatnot.

Sexual orientation isn’t about research and self discovery, it’s about picking a lane and keeping score while repeating to yourself over and over, “I enjoy this and only this, and that thing with my baseball coach was just a dream and dreams don’t mean anything.”

Finally I couldn’t take it anymore, so I tried to kiss him to shut him up. Then he freaked out and pushed me away. I knew he was straight.