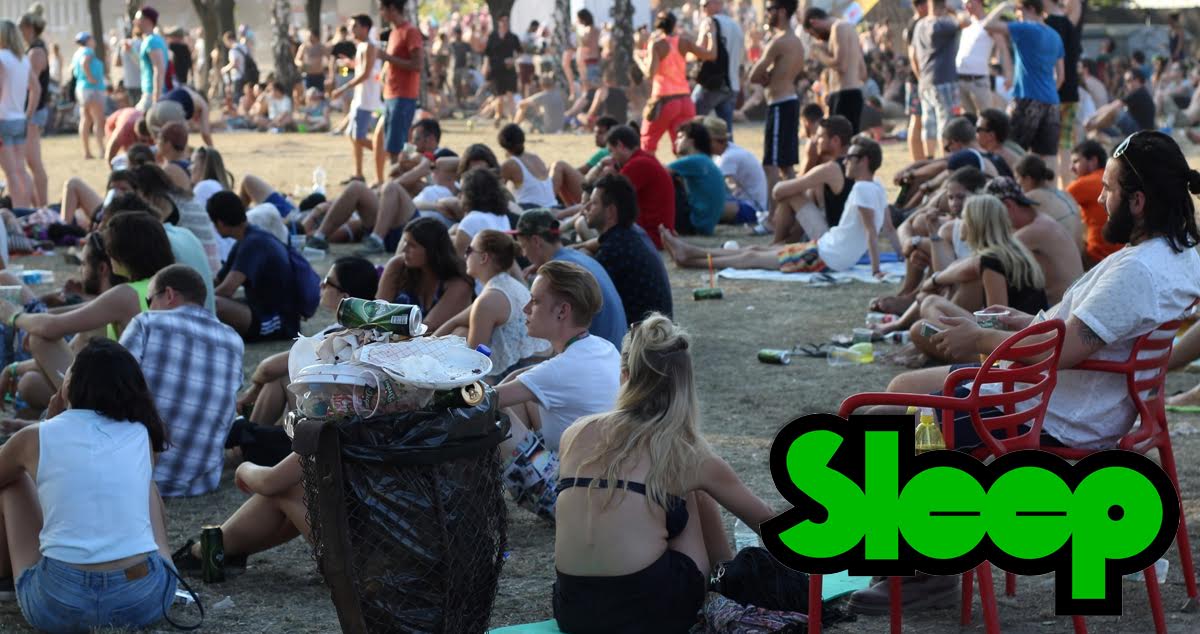 When I heard that doom metal gods Sleep were playing “Dopesmoker” in its entirety on an outdoor stage in Death Valley, I knew I had to go. People told me it was crazy to brave 100+ degree weather for the sake of righteous metal tunage, but they just don’t get it, man. Sleep the band are better than sleep the biological function, you dig?

Well, Sleep have been playing for six days straight out here and it’s been pure godhead. I’ve never felt more transcended from base material concerns in my life. Except for the need for food, though. If you got any food and water you could airlift over here, that would be really cool.

I may be covered in sun burns and experiencing heatstroke hallucinations right now, but it’s totally worth it.

All they played for the first day of the show was the first six minutes from “Dopesmoker.” Matt Pike stretched out those fuzzy guitar parts for hours. We were all hypnotized by those slow, sinewy grooves. I saw a dude in a Kyuss shirt get bit by a rattlesnake and he just stood there, swaying in the dope smoke as venom coursed throughout his body.

Five days later and the band is almost at the end of the album. This show has been so off the chain that even vultures are grooving to the music! They started circling above us yesterday. I wonder if vultures taste good. All they eat is rotted meat. Eating vulture must be like eating a turducken of death. That sounds really good right now.

The only bad part about this show is the lack of weed. We all ran out of our stashes after day two, except for this one dude who’s been to a Sleep show before. He brought his stash in a Hefty bag and has been trading fistfuls of kush for bottled water, Twinkies, and Slim Jims. It would be cool if I had any of those things. I’m so hungry, and so sober.

Man, I can’t believe the band is still playing. They haven’t eaten or drank anything in days and they’re jamming out tasty licks like it ain’t no thing. Mmm… tasty licks. Tasty. All the sunburnt flesh around me is starting to smell good. Real good.

Please, if you’re reading this: send food. Anything. Even tofu or rice cakes. I don’t want to have to resort to cannibalism again. I still have nightmares about that weekend at Fyre Festival.