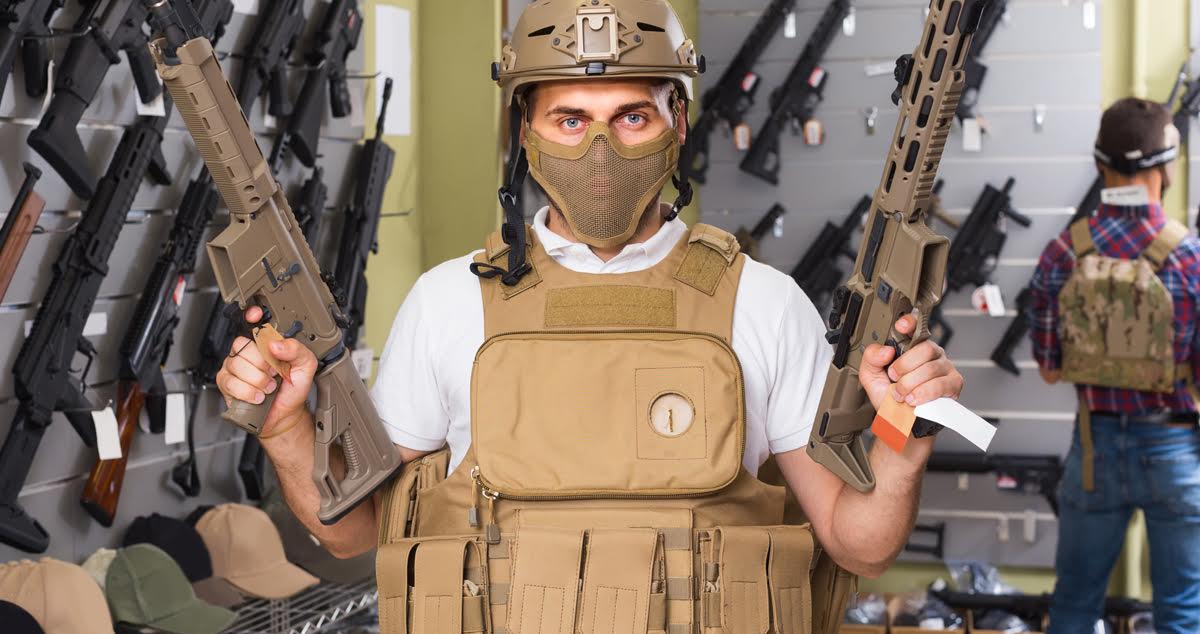 The only thing I love more than American soldiers is preparing to defend myself against them by stockpiling as much heavy weaponry as possible. I honor the sacrifices these brave men have made for our country by making sure that as many as possible will lay down their lives if they come for my guns.

The right to bear arms may be second on the list of amendments, but it’s first in my heart. Like many true Americans, I feel that the Second Amendment is my best protection against the tyrannical overreach of the country I love deeply. I would die for my country or shooting at it.

That’s why these NFL protests have me so upset. Kneeling during the anthem tells the families of dead boys in uniform that their sons died in vain fighting in the caves of the Afghani mountains. But they didn’t die in vain — they died to protect my right to keep a large number of semi-automatic guns stored safely in the cave behind my chapel in the mountains of Idaho, whose location I would never reveal to our devious government.

When I hear the national anthem, I stand erect with my hand firmly over the flag pin I have pushed straight into my chest. And yes, I mean both kinds of erect.

Some liberals are even disrespectful enough to go so far as to burn the American flag! Not me. If I saw a burning flag I would throw it to the ground and roll around on it until the fire was extinguished. Unless it was burning because my compound was being bombed by brave airmen in the service of a despotic American government. Then I would just keep shooting brave American soldiers.

It would be disrespectful to our troops for me NOT to have a bunch of guns. What would THAT say to them, hmmmm? “Oh, uh, hey Mr. Marine, I think I could defend myself against you with my bare hands.” It’s not respect if it’s not loaded.

America is the best country on earth, and we must be prepared to defend ourselves against it. I would die for my country, just like the American soldiers I am prepared to kill with semi-automatic rifles I modified to be fully automatic with a kit I bought from Walmart, should that become necessary.