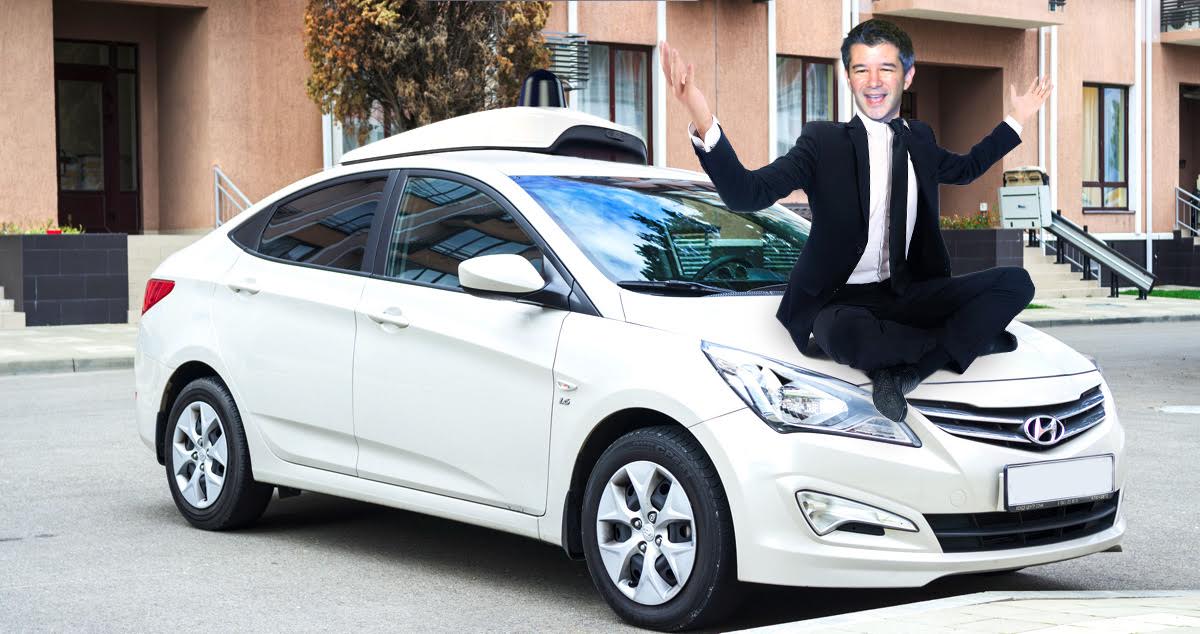 Sometimes after a long day at work I like to unwind with a couple drinks and write mean reviews for companies online. It’s kinda my thing. We live in a modern society where the consumer has a loud and clear voice. Why not use that power to our advantage? After you read this, you’ll know why not.

I had just finished up having a few day drinks at the park last Saturday and decided I should fire up the Uber app to get home safely. I went against everything I ever stood for when I hit that request button (I fucking hate Uber) but in this one situation it was my only real option. I felt bad knowing that my hardworking Uber driver would soon to be replaced by a self-driving death machine.

But, more than a little buzzed and just wanting to get home, I sucked up my pride as I watched my Uber approach. It was then I realized that this was no ordinary Uber. I was about to be picked up by a self-driving Uber! But if that wasn’t strange enough, what really shocked me was former Uber CEO Travis Kalanick sitting calmly on the hood of the car as it raced toward me.

Standing there in shock, I watched as he lept off the hood of the car, approached me, and said, “What’s up, Steven? You think I wouldn’t read what you wrote about me on Yelp, twice? Say it to my face, bitch!”

Still in shock I let out a laugh hoping this was some kind of elaborate prank, but it was no joke. Kalanik knocked me to the ground with a hard shove to the chest.

“What is this?” I thought to myself. “Did he really read my reviews?”

He did … He started reciting them from memory as I picked myself up off the cold, hard concrete. “Questionable business tactics? Sketchy politics? You can’t hide behind your keyboard now, bitch!”

And that’s when it happened, former Uber CEO, Travis Kalanik knocked me out cold with a quick right hook to the jaw.

Moral of the story? Be careful when you are reviewing businesses online (especially Uber). You never know when a CEO might show up and kick your ass. I gave Travis 5 stars on the app this time, just to be safe.