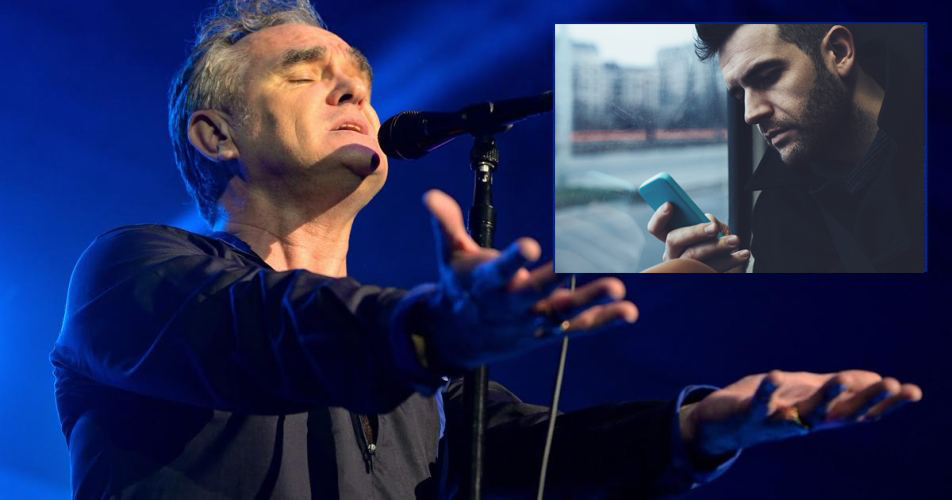 Jobless, heartbroken, living on my mom’s couch. I needed a way to discreetly alert my friends that I was being consumed by the nagging disappointment I call my life.

Then it hit me: The best way to express the pain I felt was through brooding and melancholy song lyrics. I knew what had to be done. I posted Morrissey lyrics on Facebook for a month. But despite this obvious cry for help, none of my friends called to check on me.

I started slowly. Some lyrics to “There is a Light That Never Goes Out” and “Suedehead,” nothing too heavy. But as I slowly spiraled deeper into depression, I began posting only the darkest, most bizarre lyrics from Morrissey that I could find. And not one goddamn person called to check on me.

Could I have just called someone and said that I needed support? Sure, but that would be desperate and needy. I would rather just express myself in vague and uncertain terms and hope that someone asks me what’s wrong.

I’d get a “like”’ or “sad face” every once in awhile, but did anyone actually care to check on my mental state? No, no they did not.

What stable 34-year-old man communicates only in Morrissey lyrics for fucks sake? I mean, come on. I was clearly going through a tough time. And aside from some heart emojis and GIFs of Michael Jackson eating popcorn, no one took the time to see if I was OK.

Like, you really think some heart emojis can heal this dark, insufferable pain I feel?

One day I just posted “I’ve seen this happen in other people’s lives and now it’s happening in mine,” like 10 times and not even my ex-girlfriend Elizabeth commented on it (Did she block me?)

It was all such an obvious cry for help. If you were my friend and you saw me posting crazy shit about not wanting to wake up anymore, wouldn’t you call and check on me? What’s the difference between posting that and the chorus from “How Soon is Now?” Not much.

According to Elizabeth, I am “emotionally immature.” Whatever the hell that means. I’m still sleeping on my mom’s couch and looking for a job. But I’m sure even when I find one, I will still be miserable because my life is an endless succession of disappointments.

At least now I know who really cares about me. No one. I know I’m unloveable, you don’t have to tell me.

Let us know in the comments below if you can think of any other good depressing Morrissey lyrics we can post on our Facebook.