Opinion: It’s Time for My Girlfriend To Turn Off That Radio Broadcast About an Escaped Lunatic and Make Out 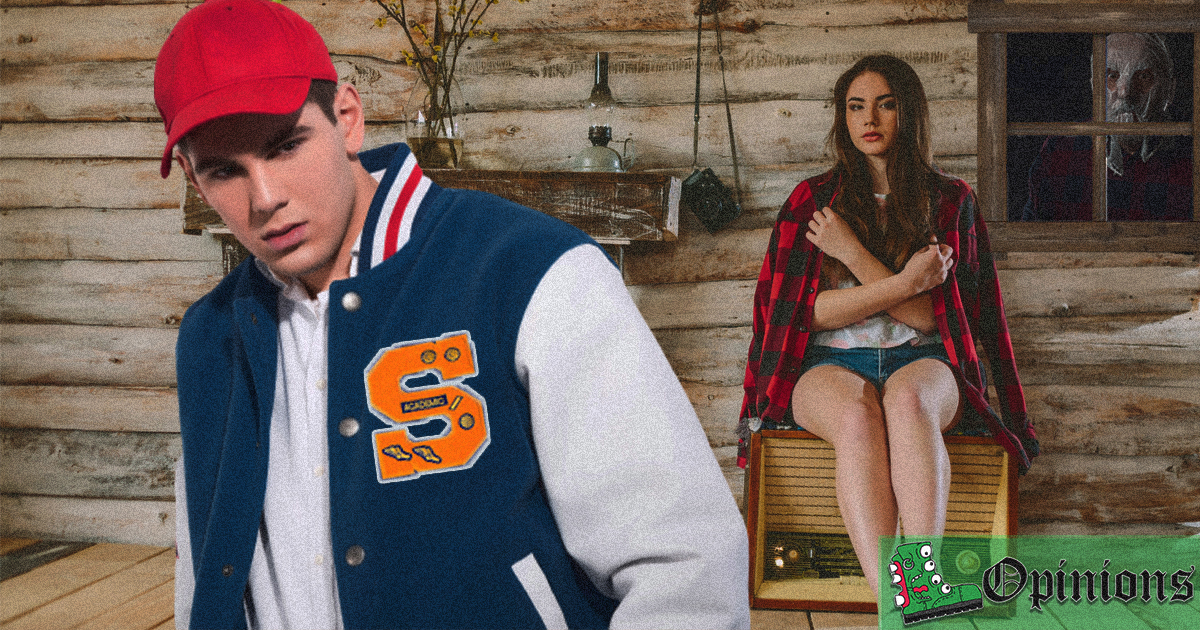 I believe that public safety is important, but between the “Warning: Correctional Facility in Area” signs, the creepy weirdo who told us “This town is cursed!” at the gas station and now this “An insane killer is on the loose” radio broadcast it’s like “Enough already!”

I didn’t go through the trouble of taking my girlfriend to a nice secluded cabin just to heed a bunch of ominous warnings and shit. I came here to do some Olympic level tongue boxing and, god willing, some under the clothes stuff.

I wish I could say that my girlfriend felt the same way, but evidently she would rather sit in front of the radio getting freaked out. If only she could see this situation the way I see it — a perfect opportunity to engage in reckless abandon and do the tonsil twist all night long.

So far the debate over this issue is stuck in full stalemate. It seems that every time we start to make progress the conversation devolves into a game of semantics over who escaped from where and killed what entire family 15 years ago on this very night. These word games are counter productive and all too often leave the horned up half drunk jocks of our great nation waiting in the wings. It’s time to end the cycle, turn off that radio and french out hard on the couch.

My girlfriend would not only have you believe that we should be concerned about the escaped murderous lunatic in our vicinity, but that she heard “a strange noise or something” outside as well. Let’s take a look at the facts:

FACT: It was probably just the wind, or a wild animal!

I’m going to step outside and mutter something about what a bitch she’s being. Then I’m going to shotgun another brewski, spark a J and make my way over to the fuse box. And if I do happen to hear what sounds like someone out there, I’ll just hit them with a solid “Tommy, is that you? Come on man, stop messing around!” This should get Tommy to stop messing around, allowing me to repair the fuse and then it’s right to tongue town. On the off chance the rustling doesn’t stop, I’ll just start listing off other friends of mine it could be with diminishing confidence until the problem resolves itself.

Okay seriously Tommy, if that is you, knock it off. Tommy? PJ is that you? Brian?…