Opinion: Anyone Closer to the Stage Than Me is Too Young And Everyone Behind Me is Old As Fuck 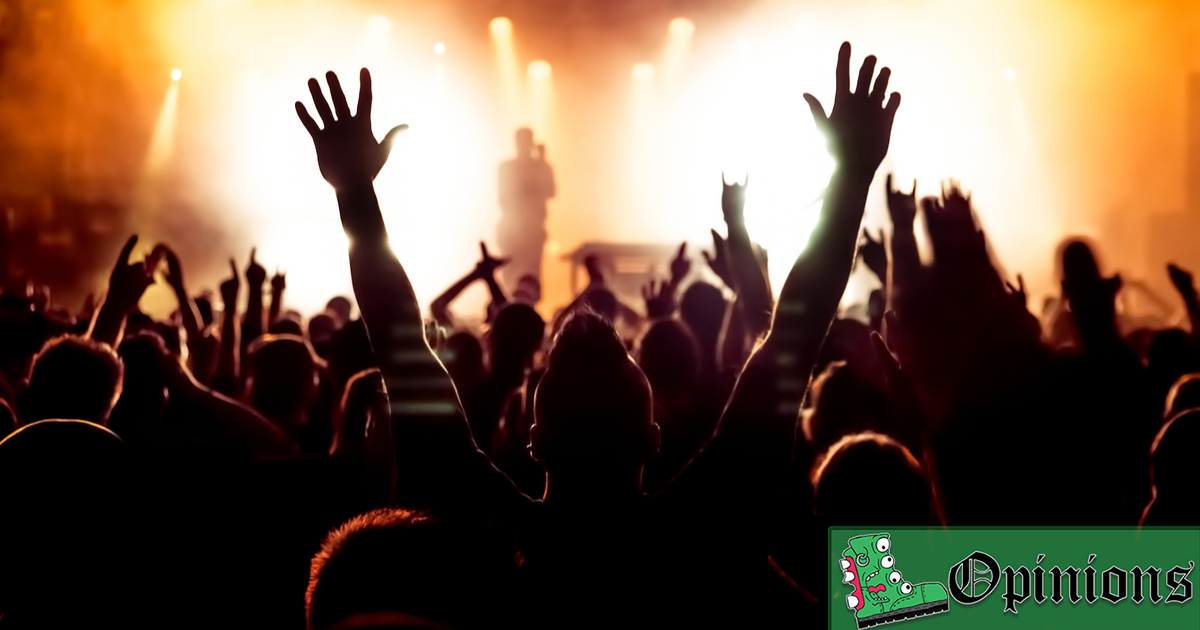 Punk concerts are about chaos and anarchy. But, that rebellious spirit doesn’t change the fact that there’s only one reasonable place to stand during a show – right next to me in the middle, baby.

Look at all those young jackasses squished up front near the stage, spilling their beer and bouncing off one another without a care in the world. Uh, first concert much?

I guess, if I think back far enough, I can almost remember a time where I was up there with the kids, laughing and singing along to every word. That was a time in my life when I had “hopes and dreams” and “planned to travel the world” and “didn’t want to be the associate manager of a Pacsun.”

Well, so much for that! Optimism is stupid, the future is fucked, and all Volcom hoodies are 40% off at Pacsun this weekend with the promo code “lifeismeaningless.” I’ll save a spot in the middle for ya, Gen Zers.

And these Gen Xers behind me are even worse. Look at them, only ever uncrossing their arms to take a sip from their craft IPAs. I see one dude in a Jawbreaker shirt practically standing in the parking lot whose only form of rhythmic movement is sarcastically rolling his eyes.

Sure, I’ve incrementally moved back from the stage myself throughout the years. In fact, I’m somehow 5 feet closer to those comforting “EXIT” signs in the back than I was at the beginning of this set. And sure, I’m enjoying a cold IPA, but I’m not like way into it. I’ll never embarrass myself the way those ancient slackers are!

There’s a difference between a respectable distance from the pit (which, we can all admit, is getting scarier every year) and backing up so far you need your bifocals just to see who’s playing. And it’s a distinction that can only be made by me, a 35-year-old in that perfect cultural sweet spot to be obsessed with quotes from “The Sandlot” but equally confused by both black-and-white classic films and anything with Timothee Chalamet.

Nope, there’s only one acceptable place to stand at a concert, and that’s exactly where I’m standing: directly in the middle of the venue, completely and utterly alone.