Oh, so, It’s Okay To Write a Screenplay in a Starbucks but I’m Not Allowed to Record a Thrash Album?! 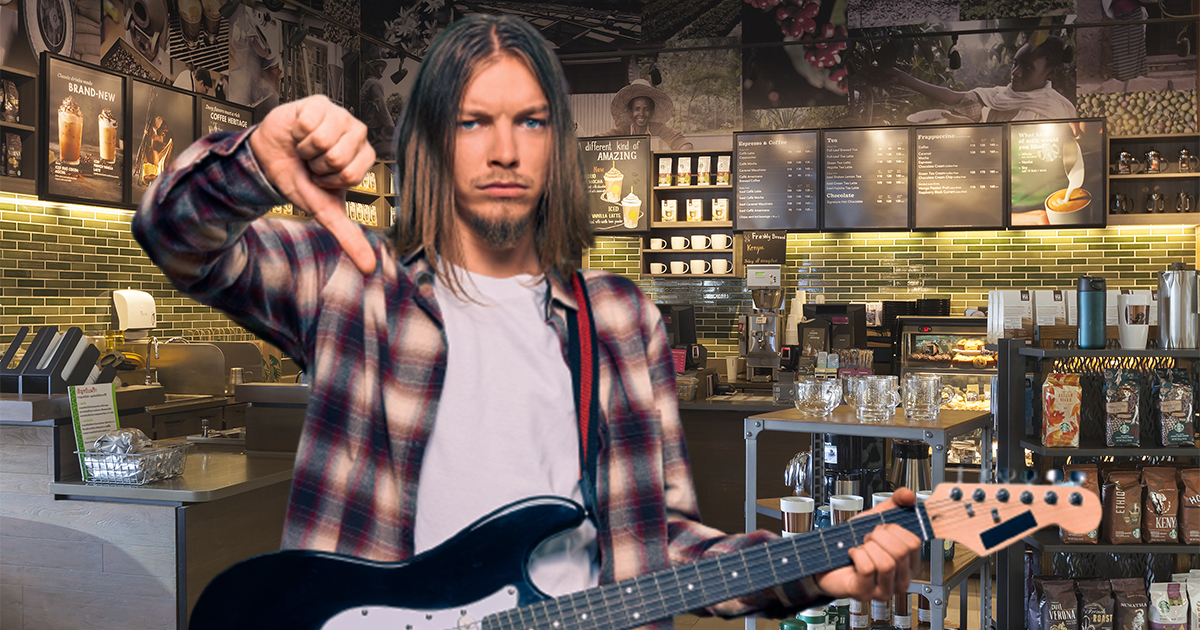 This morning I woke up motivated. Motivated to make art. So, just like so many amateur artists in America, I drove to one of the two Starbucks that are equidistant from my house, got a Tall coffee, and set to work. I was vibing with all the creative energy that surrounded me; screenwriters, graphic designers, poets, playwrights, and novelists. However, I was barely two minutes into recording a riff for the title track of my new album Acid Breath when I was asked to leave the premises.

What happened to artists supporting artists?! Just because my art is, as you put it, “causing a major disturbance,” and, “giving you tinnitus,” doesn’t mean that it is any less important than whatever the hell it is you’re working on. If I knew I would come up against this kind of censorship I wouldn’t have dragged my entire drum kit down here.

Let’s be honest, my album will be up on BandCamp by the end of the week. Is anyone going to read your short story about vampire art students or whatever the hell? No. No one is going to come to see your stupid play about Kalipso Chalkidou. You will never get funding for an A24 copycat independent film about rumspringa crust punks. But the album Acid Breath by Fungus Frost will change the world of metal forever.

No wonder your stupid employees can’t unionize when every employee here is a fascist philistine. Why don’t we just have a book burning in front of the french press display while we are at it? Maybe we should deface a Picasso in the unisex bathroom!

And for your information, I am not, “screaming,” into the microphone. It’s called singing. Do you understand the talent it takes to do a proper death growl and transition it into a Halford-eque falsetto? And if my lyrics offend you, one, don’t bring your children to an adult business, and two, Walking Corpse Syndrome is a real disease and it has affected me personally. I’m trying to teach people with my music, unlike the AI-generated picture you pretend is art.

Screw this, I’m going to Dunkin’.