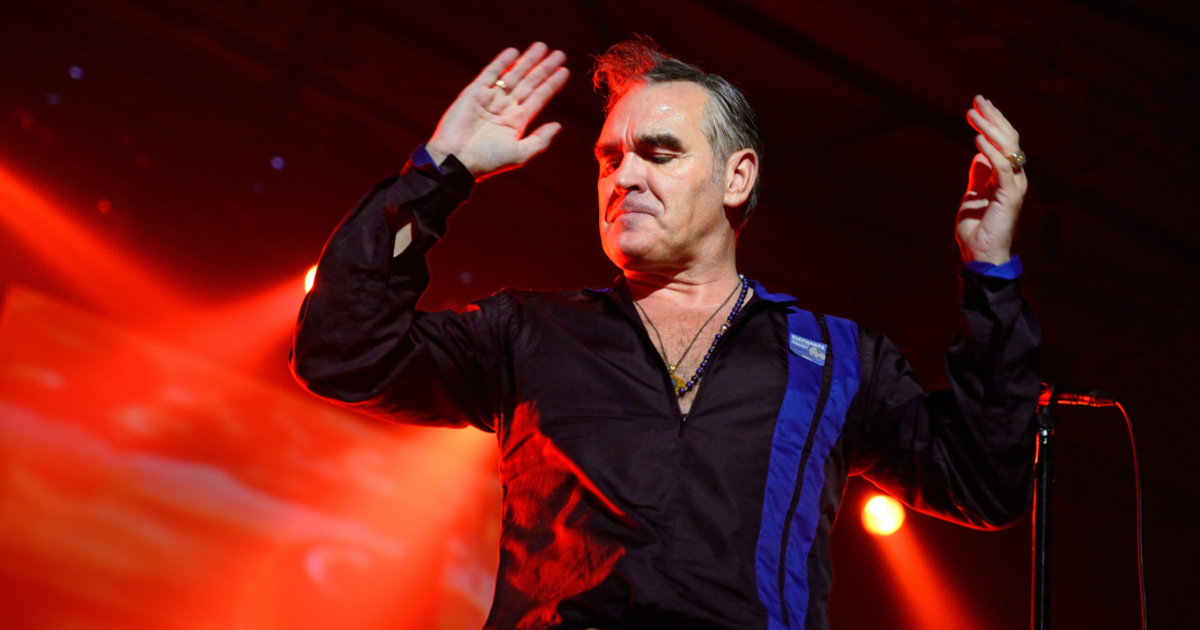 On the eve of Morrissey’s historic 300th cancelled performance, the mercurial legend flaked on soundcheck to instead sit down with us and reflect on the most enduring no-show and fuck-off appearances of his career.

“Oh boy, you never forget your first time. I was barely in my thirties and had never called off a show on my own so of course it was awkward and I’m sure the crowd was left unsatisfied. But y’know what – 28 years and 300 canceled shows later, I’m still here at another gig that I’ll likely cancel or cut short after a few tunes.”

“I am especially proud of how I handled this one. Some twat threw a bottle that hit me in the face after the first song. If I weren’t the consummate professional I might have launched into a spiteful rant or had him booted from the show. Instead, I kept my composure, thought of all the fans who came out that night, and calmly walked off the stage to everyone’s disappointment.”

“This was a really disappointing one because I had nothing to do with the way this played out. They ended up cancelling the whole tour on account of poor ticket sales. It’s a real shame though. I missed out on the chance to look out at those excited audiences and see the looks on their faces as I cancelled my sets minutes before I was supposed to take the stage.”

“This was probably the first time my fans really let me down. It was a chilly evening and I had just ripped apart my last clean shirt so I wrapped myself up in a British flag to stay warm. Anyway, the crowd went mental and we had to cancel the show. If I’ve learned anything it’s that mistakes happen and the lesson is to just keep showing up every night. Or… not show up. Whatever colloquialism means that I’m persistent when it comes to cancelling. You know what I’m trying to say.”

“So according to your dodgy liberal media the reason I refused to perform on ‘Jimmy Kimmel Live!’ was because those blood-thirsty butchers from ‘Duck Dynasty’ were booked on the same night. Bollocks. I’m just not a big fan of Jimmy Kimmel.”

“This one the journo’s got mostly right. Yes, it’s true that I walked off in the middle of my set because the smell of burning flesh from the barbeque tent made me sick to my stomach. What the news failed to mention was that I later returned to the stage to hurl insults at the crowd and refused to leave until I got enough online signatures for my peta.org petition.”

“I honestly don’t know how my career survived this one. I was only a few years into my solo career when I decided to flake on an epic 33-stop tour with David Bowie – after the first show! The poor bloke had to spend the next three months on a bus with Echobelly who are even more annoying as people if you can imagine that. What can I say other than it felt like the right decision at the time. Anyway, Bowie didn’t speak to me after that. Maybe I’ll pop by with some flowers one of these days. Better late than never.

Hey chaps, do you mind if we take a quick break? I’m feeling a little parched and also need to hit the loo. Yeah, sound good? Brilliant! Really enjoying this! All right, see you back here in just a bit.”

Update: Morrissey did not return from the loo but he did call us the c-word on twitter later.