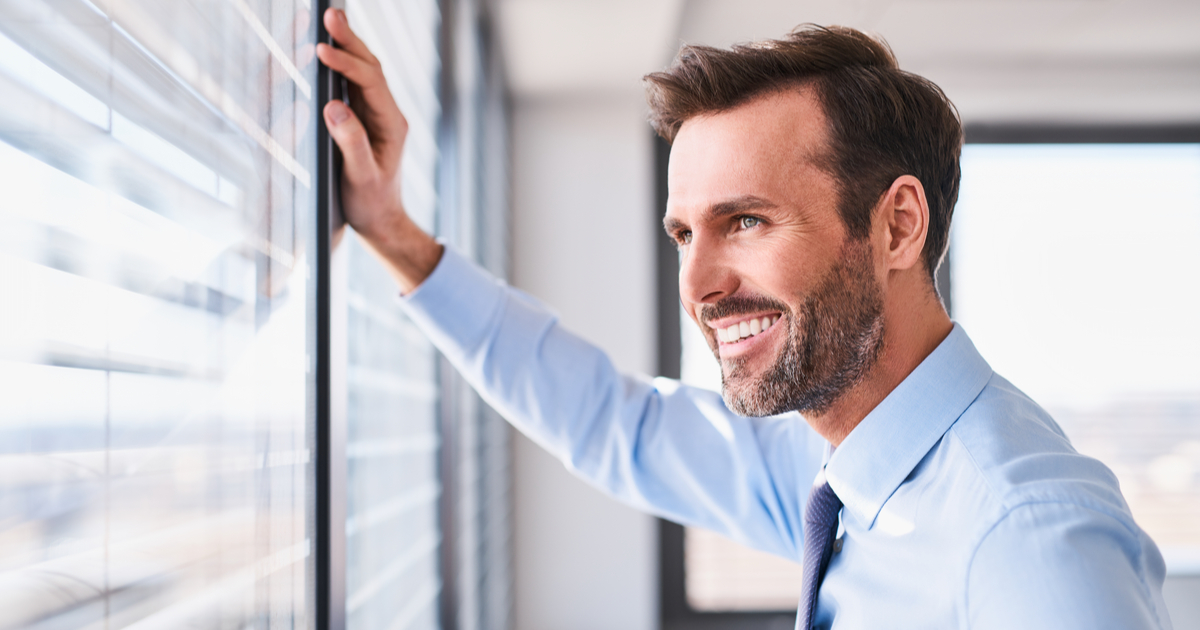 Americans spend $10.7 trillion dollars every year, and most of that is spent on sex probably. One visionary is looking to change that.

There’s a lot to take in when you look around Brent Stewart’s silicon valley office: an infrared sauna, a large abstract mural, one of those desktop pendulum ball things, but one thing really stands out: a stained, sweaty-looking bean-bag chair. “That’s where it all started.” Stewart gestures towards the chair with a nostalgic grin. “Every now and then I like to take old faithful for a spin and remember how it all began.”

Over the past three years, Stewart has built an empire based off of one simple, revolutionary idea. “The whole thing came to me one night when I was having sex. I looked down at my dick sliding in and out of a vagina and I thought, ‘All that money for this?’ I knew there had to be a better way. That’s when it hit me; instead of having sex… I could just jack off.”

Stewart went out into his garage, and began to jack off. “The instant I got going, I knew I was onto something,” he told me, eyes lighting up. “I kept jacking, and jacking, and at the end of it all, I came. I thought, wow, this is gonna change everything”

Stewart kept jacking off alone in his garage, but there was only so much he could accomplish by himself. “Pretty quickly I realized I was going to need some help. I called up a couple of buddies, and pretty soon we had the whole garage full of guys jacking off. That’s when I realized this was really starting to go somewhere.”

The tipping point came in 2017 when Stewart appeared on NBC’s Shark Tank, and received a $400 million deal from Mark Cuban. “Everything changed overnight,” Stewart tells me. “Suddenly, we have entire an entire building filled with guys jacking off. There were a lot of growing pains, but we buckled down and made it work.”

When I ask him about this, Stewart is unfazed. “Any time you try to change the world, people are going to push back.” He reaches his hands below his finely polished bacote desk, unzips, and looks me dead in the eye. “When Henry Ford built cheap automobiles, people asked, what’s wrong with a horse? When Thomas Edison invented the light-bulb, people said, why would we need to see? It’s night time! Sometimes people don’t know a great idea until it’s right in front of them, and I want to be the man to flop that idea down on the table. Now, if you’ll excuse me, I’m about to bust.”