Kind of Sad: James Hetfield Is Still Walking Around Dressed as Eddie From “Stranger Things” 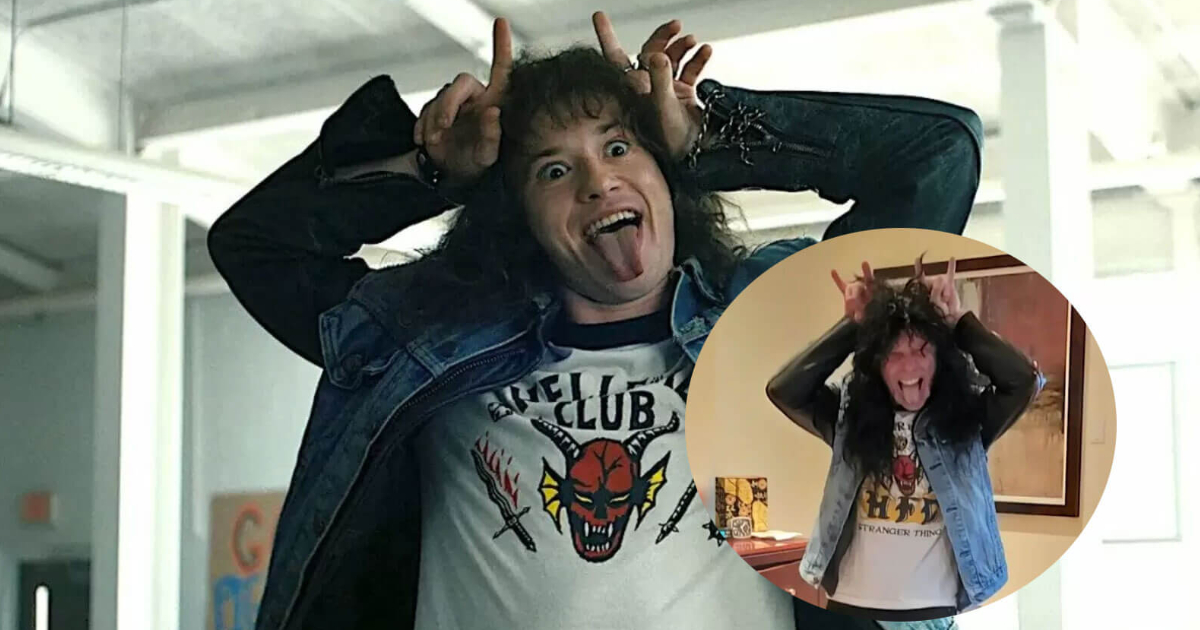 We all loved when James Hetfield debuted his Halloween costume, which was a tribute to everyone’s favorite “Stranger Things” rocker Eddie Munson. But almost a full month later, James refuses to change out of the costume. Even worse, he only responds to people who call him “Eddie.”

“I loved the outfit at first,” said Metallica bass player Robert Trujillo. “But the whole thing is starting to smell like death. The shirt used to be white, now it’s a dingy yellow with a bunch of grease stains. The pants have a strong odor of piss, but I’ve been spraying James, er, Eddie, with Febreze every time he walks by me to take the edge off. The worst part is that the cheap wig he bought has a bunch of bugs in it and they are getting all over the tour bus. And I think his skin is having a bad reaction to whatever the wig is made out of because his face has a nasty rash.”

A small portion of the internet was broken when Metallica posted their singer in costume on their official Instagram page, but now lots of fans are hoping the singer gets the help he needs.

“I remember seeing the photo and thinking ‘hell yeah, that fucking rocks man, he looks just like Eddie.’ Then they kept posting another photo each day and the captions kept getting more deranged. I think the last one I saw just said ‘How many frogs have you seen today?’ or something like that,” said longtime Metallica fan Laurie Hernandez. “I hope he hasn’t fallen off the wagon or something. But they need to stop him from posting any more photos because it’s depressing now.”

Joseph Quinn, the actor that portrays Eddie in the hit Netflix show, is also getting a little tired of the costume.

“Yeah mate, I met Metallica backstage a few months back and jammed with them. We had a great time but I stupidly gave James my phone number. Now he texts me at like 3 a.m. saying ‘Chrissy wake up. I don’t like this, Chrissy. Wake up!’ and then he’ll send me a picture of him doing the devil horns while sitting on his toilet. Then it’s a video of him screaming ‘THIS IS MUSIC!’ and farting into the phone,” said Quinn. “And he’s always telling me I need to stop by and play Dungeons and Dragons. I don’t care for that game at all. A character I play likes it, not me.”