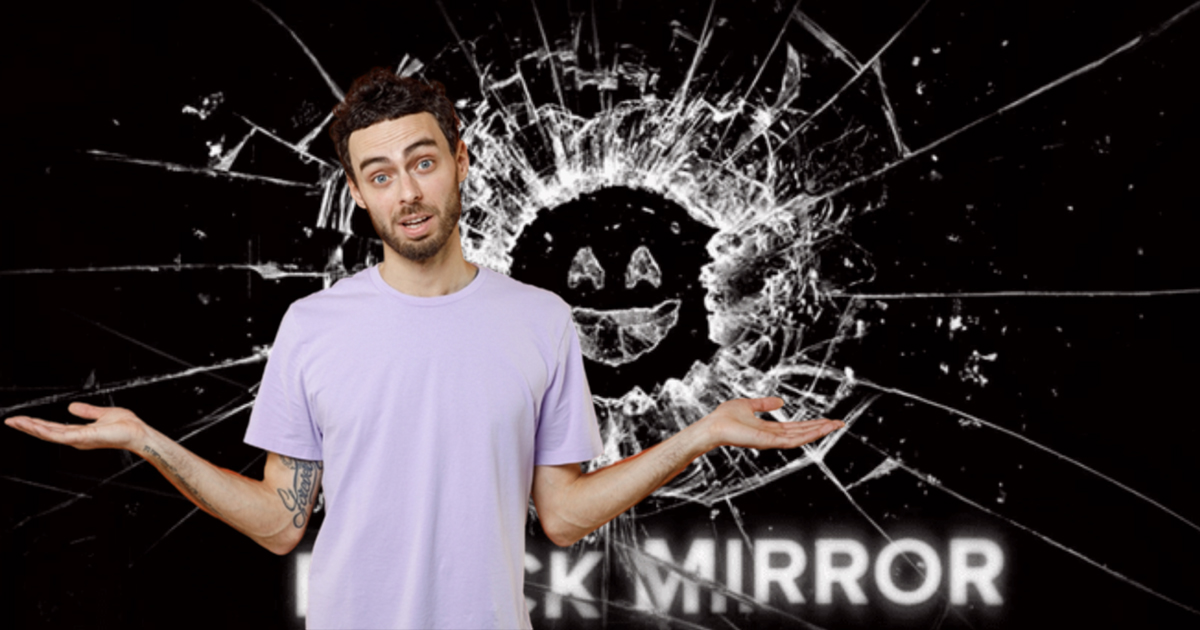 It’s been said that life imitates art, but from where I’m standing, it never learns from it. Here you are, reading this article on the internet, an invention that the television show “Black Mirror” proved would doom us to a world of Machiavellian horror, meritocracy-based confinement, and for some reason pig fucking.

Seriously, everyone is just okay with this?

They created the series “Black Mirror” to warn humanity of the doomed road it was on. In it they proved that the internet, while pretty cool at the time, would go on to do bad stuff like manipulating the population, copying our minds, and making Jon Hamm act against type. The world’s response? An 8.8 on IMDB. Pretty, good, but not great.

When you wake up to find that you’re just a copy of yourself downloaded by some pervert you work with to satisfy his depraved appetites, don’t say that you weren’t warned.

Holy shit. The black mirror is our SCREENS when they aren’t on! I JUST realized that!

Every tweet you send brings us one step closer to a world where our children become apps and love is punishable by execution on reality television. Every time you click like on a photo of your friend’s brunch or child, what you’re really liking is a digital dystopia where cold, emotionless algorithms make everything all creepy and weird all the time just to like, scare us.

A lot of the bad stuff from “Black Mirror” has already come to pass. People are addicted to video games, Donald Trump was elected president, and I can’t crack TikTok because the Chinese government considers me a threat I assume. Do the future a favor and throw your devices into the ocean to prevent more of “Black Mirror’s” cautionary tales from becoming a reality, except for the Star Trek one because that seems cool.