My Old High School Bully Posted ‘Happy Birthday’ on My Facebook Page! When Will He Stop Tormenting Me?! 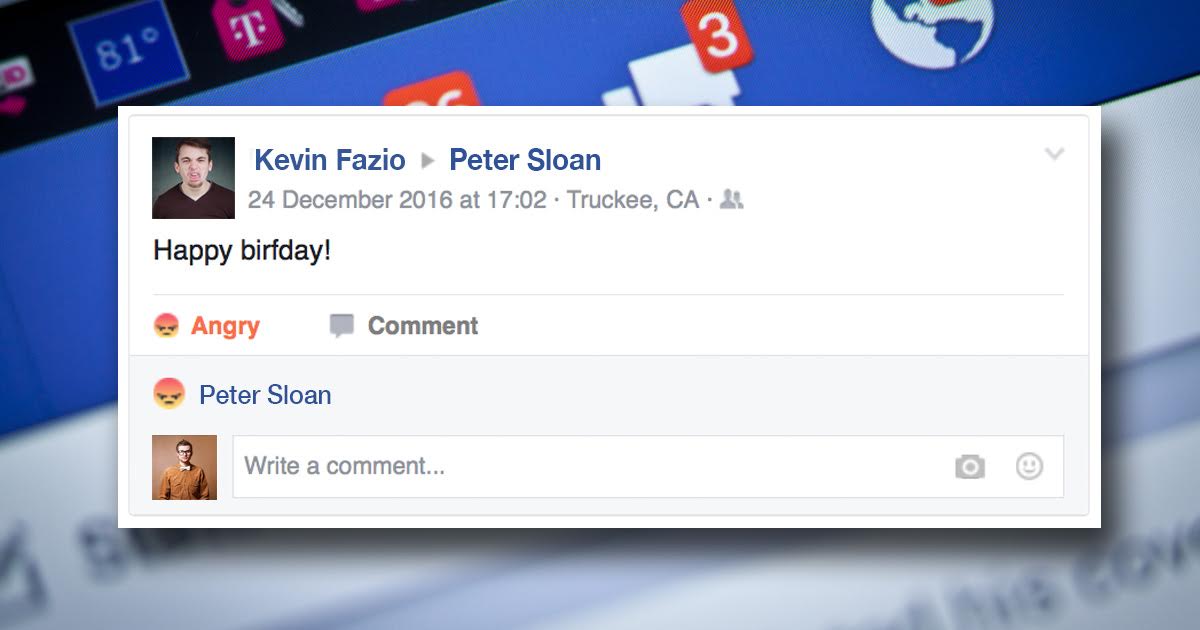 He is at it again. Kevin Fazio. The terror of Warren G. Harding Public High — the man with little in his obsidian soul but venom and malice, is twisting the knife once again.

Amid the plethora of well-wishes and whimsical memes posted on my timeline by friends and family for my birthday, Kevin, the sociopath, posted ‘Happy birfday!’ 13 minutes ago. Does he do nothing with his days but invent new ways to torture me?!

The only reason I accepted his Facebook friend request in the first place was so I could see what a miserable failure he had become. But it turns out he is healthy, happy and rich … all done just to spite me, I am sure. And then he goes a posts photos of his beautiful wife and children, obviously a passive aggressive dig at my ‘single’ relationship status.  This is some real Abu Ghraib shit right here.

Kevin … you made my high school experience hell. You stuck me in lockers, you convinced everyone to start calling me, ‘Penis Sloan’ when you knew, full and well, that my name is ‘Peter Sloan,’ and you spit in my ear … who does that?!  And now, almost 20 years after we graduated, you decided to pick up right where you left off.

You don’t think I can’t see the subtext in that birthday post?  You want me to be reminded of my own mortality — that the looming spectre of death draws ever closer.  That I am still unwed and childless, doomed to die alone with little else in my life but Dragonball Z figurines and a rare hardcover edition of The Dark Tower I: The Gunslinger signed by Stephen King himself.

Related: We Asked a Real Teenager From Mars If They Care, and Their Answer Shocked Us!?

Well you can’t get to me anymore. Sure, I may have spent most of college writing short stories where the antagonist is named Kevin and he is whipped, beaten and butchered in cruel and unusual ways that would make the Yakuza blush. But I have matured since then. I am a grown man now and your little games won’t work on me anymore.

I can laugh now, Kevin. I can laugh at how pitiful you are for trying to get in my head after all these years. Well, it isn’t going to work. This is almost as sad as my ex who got married just to make to look like she was over me. Pathetic, really.