Find Out Who Is The Biggest Poser In Your State 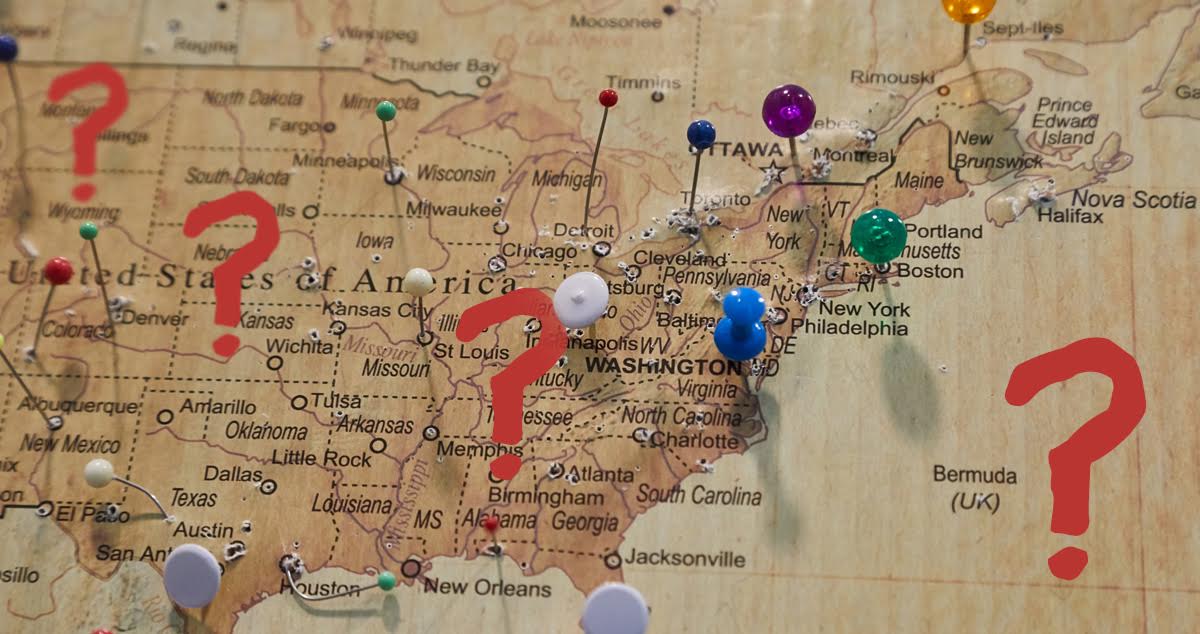 Across the country, region to region, state to state, city to city, every scene is different. From the bands to the venues, everyone is has their own unique and esoteric ways. Yes, even the posers. We developed a program with an algorithm that uses Facebook posts, internet search results, and Twitter chatter to find out who is considered the biggest poser in your part of the country and the results were stunning.

It turns out that Eric Cooper is the biggest poser everywhere. No matter where you live, your background, or musical tastes Eric Cooper is unanimously the fakest punk in your scene.

The small but vibrant Birmingham punk scene drew a caricature of Cooper in a urinal of the only punk venue so people can piss on him.

Remember when Copper said he was going to “ride the rails” to Anchorage to work on a fishing boat but never did it and then pretended he never said it?

Phoenix punks recount the time Cooper was staying with his grandma and put in a magnetic ear gauge, claimed to be from D.C., and knew Dag Nasty.

The dude once posted in the Little Rock Craigslist looking at start a band influenced by Sex Pistols and The Ramones. What a fucking poser!

Cooper claims to have driven two days and nights to see Social Distortion play a secret show but it turned out he was just at his uncle’s house in Pomona.

I mean, seriously, what the wrong with him? He knows we see through all his bullshit but he just keeps on doing it.

He’s actually pretty good at guitar, too, but he doesn’t practice enough. If he spent more time practicing and less time posting Propagandhi songs on r/punk I would respect him more.

And then he tried to convince us that swing music was punk and Vin laughed at him until he cried.

“Did you know he comes from one of those weird families that is obsessed with Disney? Like, they go to Disney World twice a year and make shirts for it and shit. His mom calls him Jiminy.” – Kelly Landrum, Orland

He claims to have beat up a skinhead outside a house show in Atlanta. Dude’s never been in a fight in his life.

Not for nothing but don’t get him talking about coffee. He claims to get Kona coffee direct from a farm in Mauna Loa.

His sister is legit hardcore, though.

“Remember when he tried to convince us that Steve Albini mastered his demo and when we called him out on it he pretended to get a text from Steve but it was just his cousin?” – Lauren Kargus, Chicago

This one time he claimed that the University of Indiana offered him a music scholarship but he turned it down because he thought “music should be played and not taught.”

Jimmy said he once hired Cooper to run the merch table for his band’s midwest tour and he lost the cash box in Iowa City.

Depending on who he is hanging out with, he is either straight edge or a small batch bourbon aficionado. Either way, he doesn’t shut up about it.

“He showed up in Treme after Katrina claiming he wanted to help rebuild. He didn’t do shit and somehow he left my house even more of a mess.” – Greg Santos, New Orleans

No matter what Portland you are talking about he will claim that the scene is dead since he left and ask if you know Scary Gary, who clearly doesn’t exist.

Cooper got a Maryland flag tattoo just because he watched two and a half seasons of The Wire.

“To this day he says his older brother is in The Dropkick Murphys. Who knows, that one may be true, I never checked it out cuz Dropkick Murphys fuckin’ suck.” – Cory Arp, Boston

Eric started senior year claiming he spent his summer following Jimmy Eat World on tour when it turned out he was actually at a Christian sleepaway camp in Lake Ann.

Cooper really did meet Bob Mould at a coffee shop in St. Paul but Mould never read Cooper’s lyric journal nor optioned them for a new Hüsker Dü album.

“He told me his writing style was heavily influenced by Faulkner and that he wrote an entire EP about Absalom, Absalom! Then he tried to make out with me.” – Anna Doll, Oxford

While the specific details change, Cooper often claims he was jumped by “a bunch of gangbangers” in St. Louis but actually ended up winning their respect by freestyling Dead Kennedy lyrics and then drank 40swith them.

Never heard of him. He said he used to play the washboard with me? Nope. – Crustpunk known as Lipstick, Missoula

It is sad, really, I know he is just compensating for being the most uninteresting person on the planet.

Footage from the Wynn Casino confirms that Cooper did not, in fact, win so much at Blackjack that he’s no longer welcome in Las Vegas because they thought he was cheating.

While Cooper tells people his mom died of an O.D. in front of him when he was seven in a Hell’s Kitchen flophouse, he gets calls from a Bedford area code all the time and the contact name is “Mom”. He claims it is a fake name because the government is listening to his calls.

Eric tells acquaintances that he found Glenn Danzig’s childhood guitar at a Hackensack swap meet. He said that he returned it to Danzig and instead of a reward they just jammed together for a few hours.

“He ruined Breaking Bad for me because he kept claiming to know the scientific inaccuracies of the production of the blue meth.” Michael Yang, Albuquerque

Cooper will casually drop Wu-Tang as one of his major influences among a bunch of punk bands but when someone asked him about Inspectah Deck he said, “I don’t watch TV and I’ve never seen that show.”

“Our punk scene is struggling as it is. We heard about him and we don’t want him here.” – Chip Killian, Fargo

Cooper was heard to call The Clash a bunch of sellouts for getting into the Rock ‘n’ Roll Hall Of Fame and proceeded to burn his copy of All Mod Cons by The Jam thinking it was by The Clash.

He thought The Flaming Lips were actually called Yoshimi And The Pink Robots. When he was called out on it he said, “Dude, it was a joke!”

He bitches about “fucking yuppies” and gentrification but he just bought a new-build loft.

“If he tries to over-explain another “hilarious Family Guy bit” to me, I might just stab him in the neck.” – Andy Alvarez, Providence

Cooper says that he started the “‘infamous” Hilton Head punk scene but it got too big too fast and imploded, that’s why no one knows about it.

One time he went a whole year claiming he was Sioux and that his mohawk was culturally appropriate.

In his Bandcamp profile he calls himself an Austin-based musician even though he lived in Dallas, and only for a year.

Cooper literally reiterated the plot to SLC Punk to us as if it was his life story, like none of us had ever seen the movie.

“Despite what he may have said, Eric Cooper does not have a punk-themed ice cream called Fudge-gazi in development with our company.” – Official statement from Ben & Jerry’s corporate offices

“Virginia is for lovers and, while he claims otherwise, Mr. Cooper does not “hook up” with every Riot Grrrl band that comes through town.” – Terry McAuliffe, Governor of Virginia

Don’t even get him started on Cobain conspiracy theories.

Eric Cooper is not a bad guy but he’s such a poser.  Everyone knows it and I’m sure he knows it too. If you don’t know who a band is, just admit it.

I just don’t know why he feels the need to lie all the time, they are obvious lies too, it just doesn’t make sense.