Our Favorite Seasonal Beers for Keeping Shows Violent yet Festive 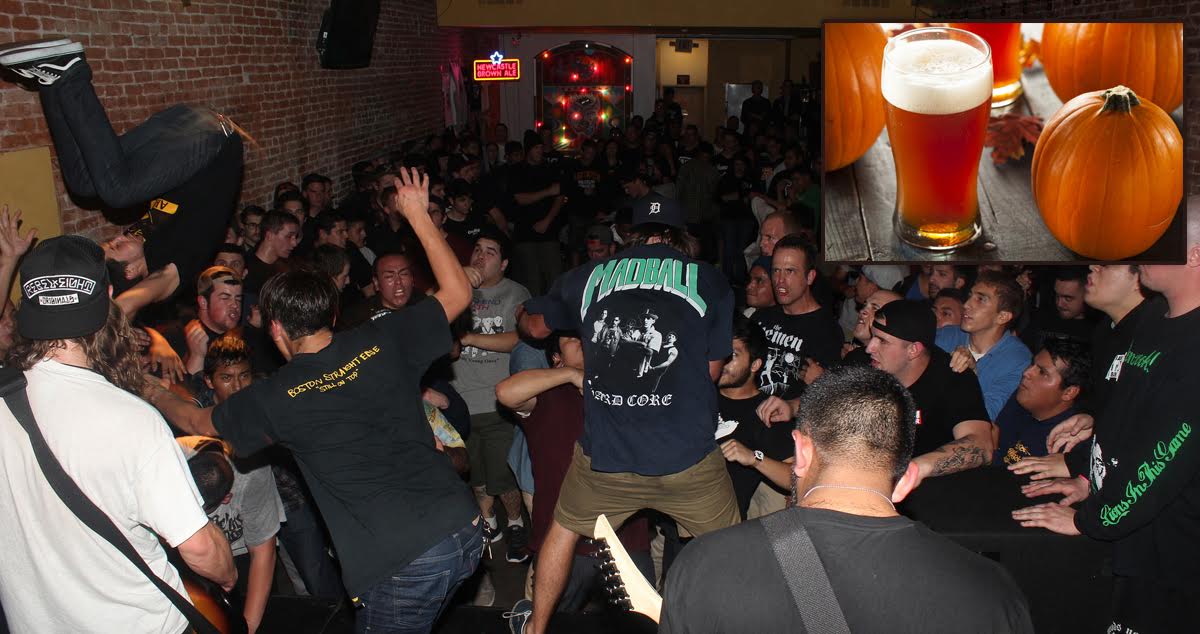 Merry autumnal equinox, fuckers! That’s right, it’s finally the time of year when the leather jacket you wore all summer is actually necessary and endless pumpkin spice lattes are just begging to get smacked outta the sheeple’s hands as you skate by! While you dig the vibe of Halloween season, you’re not going to be missing any of the sick shows coming up for lame hayrides or pumpkin patches.

For the punks who are scary year round, with no time for normie festivities, we’ve compiled a list of the best seasonal beers that’ll keep you drunk and angry in the pit while also making you say, “I fucking love fall”!

What’s something punk shows and Halloween have in common? Aside from whatever’s on Tiger Army’s rider, definitely broken bones! That’s why this IPA, inspired by pro wrestler Stone Cold Steve Austin’s cranial injuries, is perfect for moshing hard on a chilly autumn evening. Hopefully your warm Misfits beanie will protect your dome from any potential brain gushing. But if not, who cares! That’s punk!

If you’ve ever wanted your beer to match your tattered clothes, look no further . We love amber ales because they remind us of all the scene queens we’ve ever known named Amber and pair perfectly with any extra intense GBH pit.

We couldn’t say no to this brew on its name alone. Mop water?! Hell yeah we’ve drank mop water before, who hasn’t? UP DA PUNX! This beer takes us back to the days when we’d party so hard we’d stay at the bars past closing. When the staff would start cleaning up we’d piss in the dirty mop buckets because, duh, we weren’t done partying! The town of Cape May itself is pretty lame, but we’ll let that pass because my Grandma lives there and she taught me how to sew patches on my denim vest. Bring on the mop water!

DUUUUUUUUUUUDE! IT HAS PUNK IN THE NAME! We’re giving this one 10 outta 10 even though we never tasted it. We were too busy shouting, “DUUUUUUDE! It’s PUNKIN’ instead of PUMPKIN!” I feel like I could get a ten-step headwalk in after just reading this label. Perfect choice for the Misfits cover show on Halloween night.