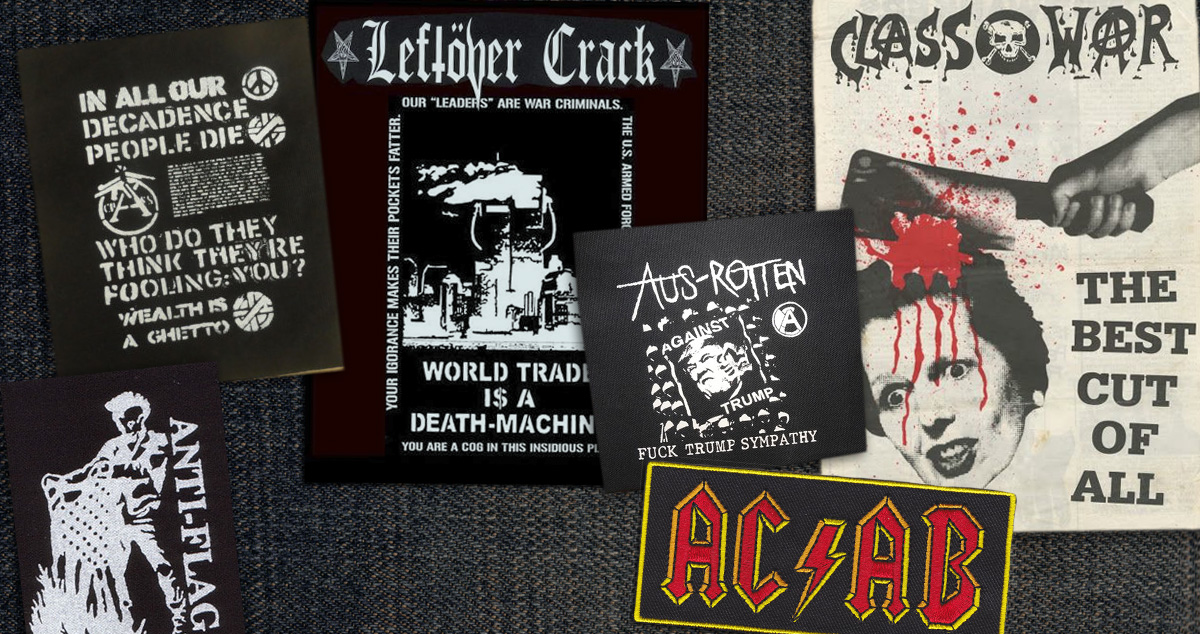 The two-party system in U.S politics is fucked. So what are we going to do about it? Vote? Protest? Look, the organizing tactics of the past are no longer sufficient to counter the influence of entrenched corruption, so the solution obviously requires a revolutionary upheaval of our current political structure — one that can only be achieved through custom embroidered patches.

Draconian oligarchical technocrats try to pacify the masses by giving them the illusion of choice at the ballot box, but endemic race and class-based oppression means our true choice is between two equally corrupt candidates. I mean, probably. I haven’t really looked into the specifics. The last thing I voted on was a Twitter poll deciding which Anti-Flag patches will be sold on their upcoming tour. I didn’t win, but I know my vote counted because it was right there on the screen.

The only way to dismantle the corporate capitalist kleptocracy that obstructs universal access to basic necessities is by throwing a wrench in the works. Specifically, the wrench on the Tool patch on my backpack.

The only way we’re going to stop police brutality is by standing boldly against it and telling the world with the most potent communication means available to us — a Nausea patch of a peace sign made out of Jesus nailed to an upside down cross.

Related: Crust Punk House Made Entirely Out of Patches

Have you ever seen a three word political statement sewed on a piece of cloth and questioned your entire belief system? It happens to me all the time. And did you know that public opinion has a statistically nonexistent impact on legislative policy? The solution is so obvious: patches!

The only way to get our voices heard is to rip our pants, learn to sew, and take to the streets! When the revolution comes the only thing more callused than our resolve will be our fingers.

Historically, successful populist uprisings have required significant commitment to patch-based mobilization, and the future of this country hinges on impassioned, outraged individuals expressing their collective voice through the power of the sewing machine. In the words of sewing legend and revolutionary Betsy Ross, “Sew up, motherfucker.”

So, you gonna buy one or not?