Could Insects Be the Protein Source of the Future for People Not as Wealthy as Me? 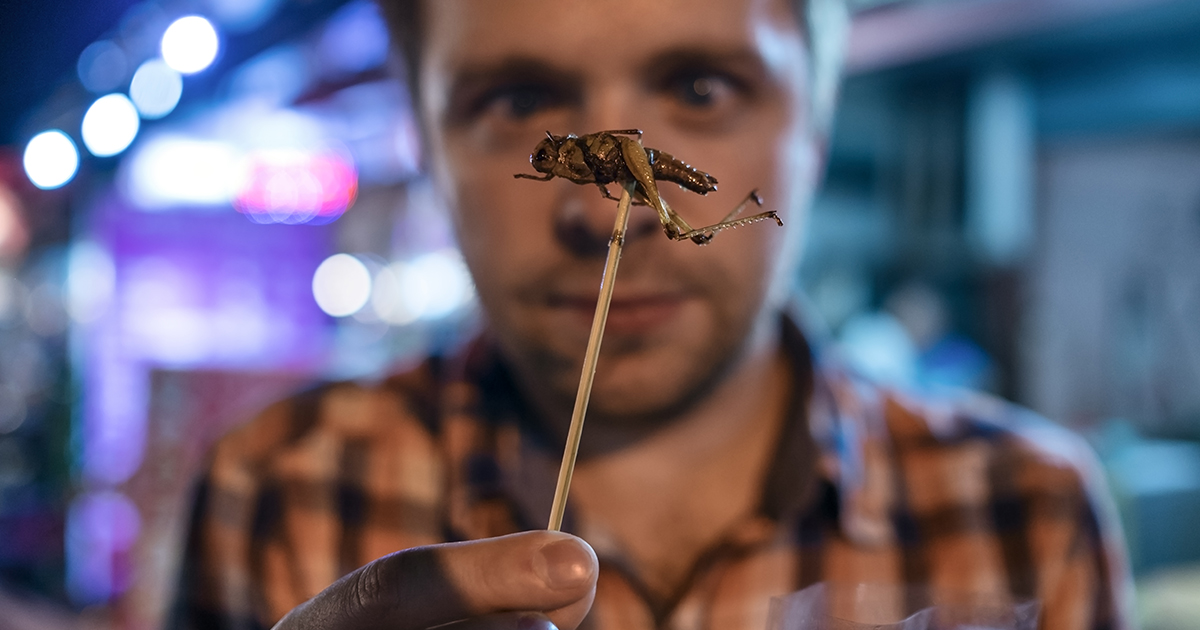 By our current projections, there will be 9.8 billion people on the planet by 2050. With such exponential population growth and World War 3 just refusing to start for some reason, we face a crisis of dwindling resources. How do we feed a population that high in a sustainable way? The solution may be in the dirt beneath your feet — bugs.

Insects are the most abundant and renewable protein source on the earth. If people started consuming bug meal as their primary food source we can not only combat starvation but reduce the carbon footprint of our species. To be clear, I’m not saying I will be eating bugs, I went to Yale. I mean you.

As I watch my UberEats driver drop my Wagyu steak and steamed vegetables through the slit in my window blinds, I can’t help but ask myself “What is he going to be eating 20 years from now that will keep him alive enough to keep delivering my delicious food?” Then it dawns on me that he can just eat fucking bugs.

As my stomach fills with expertly seared top-tier beef, I find myself more and more content with the image of my courier feeding himself and his children with live cockroaches.

It goes without saying that most people in the western world have a stigma against eating insects, but this is a cultural norm we need to overcome if we are going to survive the decades to come. Again, by “we” I mean “you.” I clear 500k a year for moving your money around and will always be able to afford real food so I can keep on knowing bugs are gross, but you can’t!

Obviously, we can’t expect the poor to just start eating raw bugs right out of the ground, even though that’s a cool idea that makes my penis erect. I’m talking about farm-grown insects processed into a ground meal with awesome flavors! We’re talking Chipotle fly larvae. We’re talking cool ranch beetles. How about baja blast crickets? You poors like when stuff is baja blasted, right?

Fucking eat bugs. Eat bugs now. Do it. Do it right in front of me, go on. Do it.