We Can’t Ignore Science Any Longer: The Climate of Our Flat Earth Is Changing 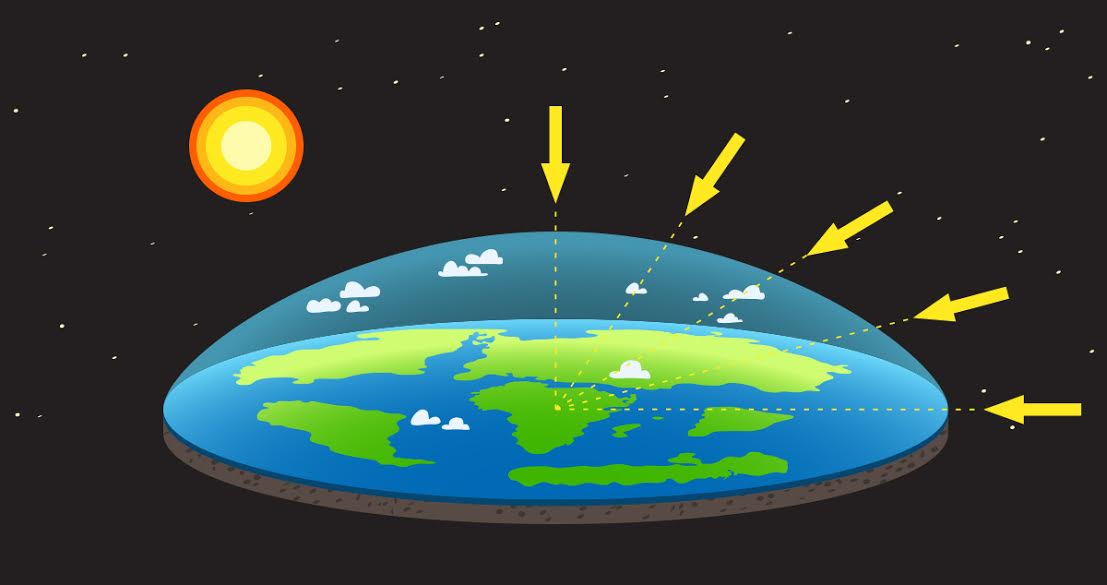 Skepticism toward the science of global warming is higher now than it’s been in decades. With pollution on the rise and agencies like the EPA being gutted, one could argue that there has never been a more dangerous time for our planet. It’s time to end the madness. No matter what your political or spiritual beliefs are we need to face the tangible facts: The temperature of almighty God’s flat Earth is rising and we are the cause.

In school we were taught that the Earth is a sphere that revolves around the sun. Just because this turned out to be a lie propagated by Lutherans and unwed mothers doesn’t mean we should forget that THE SUN STILL EXISTS!

The sun bombards the earth with harmful radiation constantly. We have two things protecting us from these rays: the giant koi fish who swallows the sun at night and the ozone layer. But that ozone layer is depleting rapidly and, like the innocence of the garden, will be lost to man forever if we do not ACT NOW!

We can’t let ourselves fall victim to politicians and corporations turning their back on scientific fact out of ignorance and greed. There is undeniably a correlation between CO2 emissions, the rise of lesbians, and climate change. We must not stand idly by as a runaway greenhouse effect melts our polar ice caps and crumbles sacred institutions like marriage.

Let’s review the facts, shall we?

FACT: The ice caps are melting.

FACT: I have some quartz crystals at home that have been acting really weird lately.

Do you want to leave behind a world where a great flood tempts your grandchildren into the worship of pagan gods like Poseidon? It’s time to wake up!

Even Al Gore, a known advocate of ritualistic child sacrifice and suspected space lizard, can see the writing on the wall. The, “inconvenient truth” as I like to call it. Our dependence on the fossil fuels created by the dinosaurs we hunted to extinction 3000 years ago (because they were wicked) will be our undoing!

Global warming is a greater threat to our world than gay Disney characters, Starbucks cups, and female literacy COMBINED. If we don’t do something about it now, there won’t even be a world left for Christ to destroy in brimstone when he returns to cast out the wicked.

Are you a prominent current or former NBA player who knows the Earth is flat? Please respond to our DMs in the comments below!