Bullshit: We Dug up Charlton Heston and That Fucker Wasn’t Even Holding a Gun 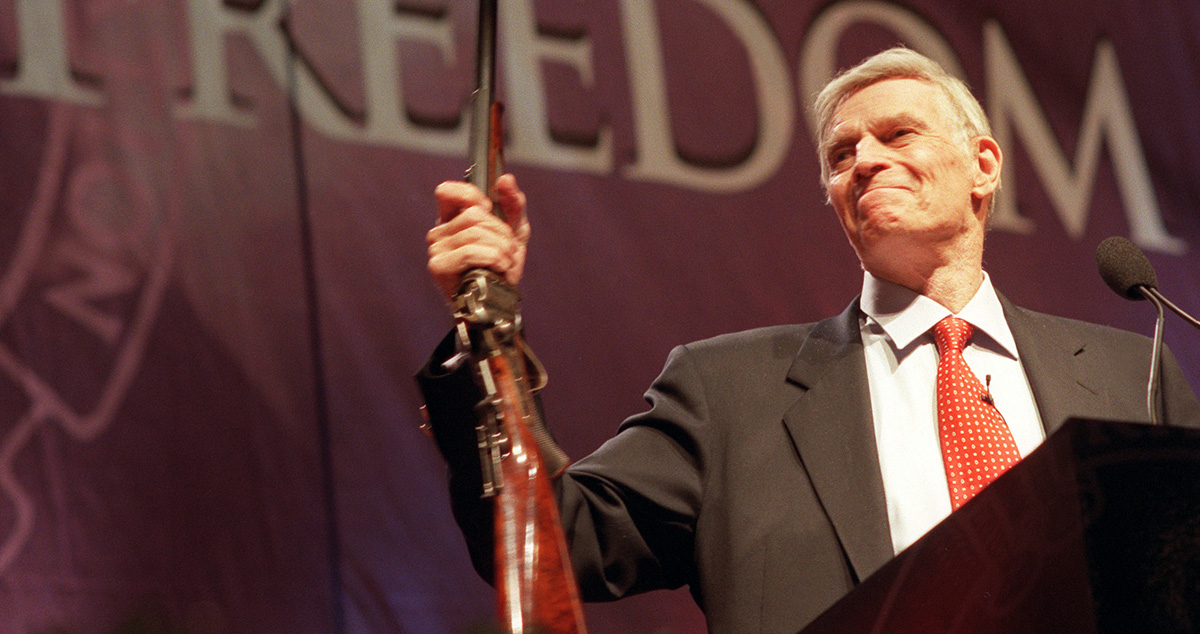 Charlton Heston was a lot of things to me- a tremendously talented actor and orator, a tireless defender of second amendment rights, and a personal hero. But now there’s another descriptor I have to add when I think of the man who played Moses: a lying sack of shit.

This is tremendously difficult for me. Heston has been a hero of mine since he held a rifle up during a speech at the 129th NRA convention and said “from my cold, dead hands!” It was awesome.

Since he died, I’ve been searching far and wide to see what kind of gun he was buried with, but I couldn’t find a single article about it. I even contacted his family. Unfortunately a court order won’t let me go into too much detail, but needless to say, they didn’t give me the answers I was after, even with repeated attempts.

So I took matters into my own hands.

Was he buried with an AR-15 or a more traditional, wooden stock .223 rifle? I had to know. It was consuming my every waking moment. It was even starting to infect my sleep, with Heston invading my dreams. He was always facing away from me. I could never see the rifle in his hands in those visions, as he stood, silently, in the same doorway I remember last seeing my father. I found out where his remains were located, broke in, and I was trembling with excitement when I discovered the horrible truth.

Related: Without a Gun He Would Have Just Used Something Else to Kill 50+ People 400 Yards Away From the 32nd Floor

Fuck! How could his hands be dead and cold if they were nothing more than ash??? There wasn’t even a gun in there at all. His ashes didn’t even have any sign of a gun being cremated with him either. I checked. I started losing it. I needed my hero to be all that he said he was. I thought maybe, just maybe, he was so badass that his ashes were the chemical equivalent of gunpowder, but they just jammed my gun.

How much more of this fucker’s life is a lie? I loved him in that movie with the apes. Am I going to learn those weren’t even real apes?

Why say something so important to the second amendment movement if you aren’t going to follow through with it? Mr. Heston, if your ghost is haunting me, which I’m sure it is after how I defiled your remains, I want you to know this: you can get fucked. Hunter Thompson and I didn’t see eye to eye, but at least he followed through on his wish to have his ashen remains fired from a cannon.

You, on the other hand, took the coward’s way out and now I have to find a new hero. I don’t know how George Zimmerman wants to be buried but I sure hope he doesn’t disappoint.

You’ll have to pry my Hard Times t-shirt from my cold, digital merch table: