6 Amazing Taco Bell Hacks From My Dad’s Video Will 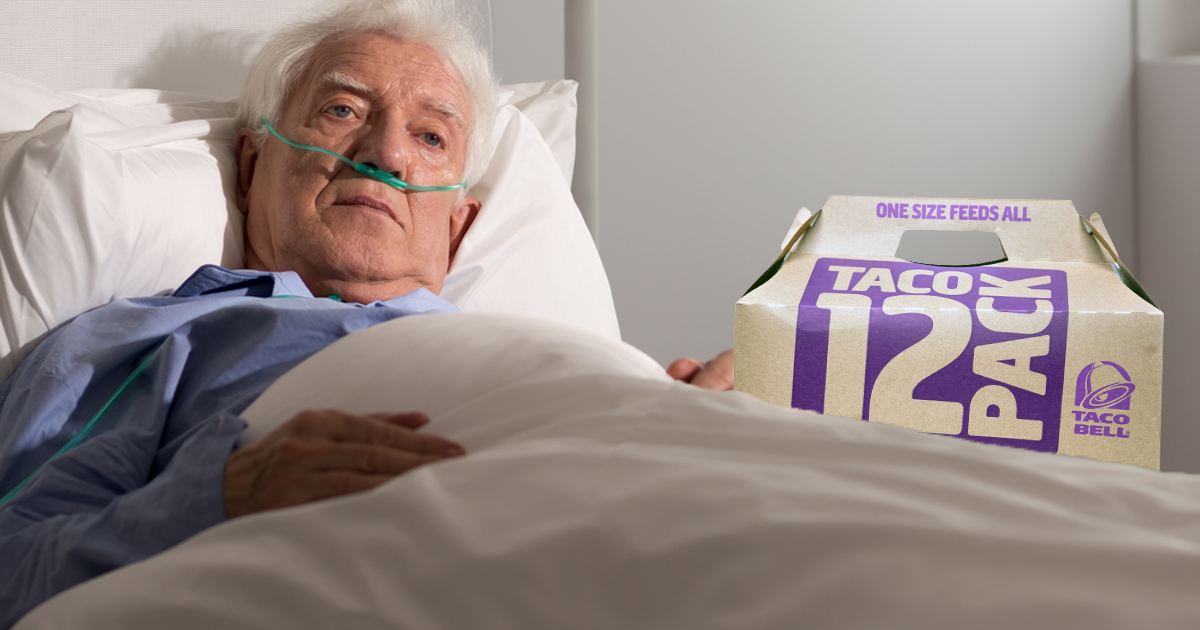 Fast food is all about reliability, but sometimes you crave something new and exciting. That’s why we’re sharing six mind-blowing hacks you can use to spice up your Taco Bell order, straight from my dad’s video will!

#1: Did you know you can order nacho cheese Doritos shells broken up instead of regular tortilla chips in your Nachos BellGrande? My dad sure did, and it’s the kind of lesson I would have loved to have paid attention to when I was young and thought we would have all the time in the world to talk. Seeing him on his deathbed, still teaching me how to hack Taco Bell, really drove it home that he was actually gone.

#2: Always ask for a fresh cup when you get a refill, that way you won’t have a bunch of ice melt watering down your Baja Blast! Dad could walk up to the counter at any Taco Bell and ask them to do that with a confidence I’ll never have. It was really hard to see that confidence gone as he mimed holding out an empty cup, his hand trembling with effort.

#3: Grill your burrito! Sounds simple, but the extra pop of flavor you get having the kitchen pop that Beefy 5-Layer Burrito on the grill to get it nice and toasty is something not to be missed. Unlike Dad, who I miss every day.

#4: Try substituting beef in your quesadilla for shredded chicken! That’s the next thing my father advised in his last testament. It’s a lot like how when I was 17, Mom passed and he started spending a lot of time with Linda. She was holding his hand as he gasped for breath in the video.

#5: Those sauces are free, load up! I still don’t know how Dad had the strength to get his one out.

#6: Learn to make your own quesarito, don’t wait for life to give you one. I think this might have actually just been a metaphor, it’s a lot easier to buy a quesarito than make one at home.

There you have it! All the Taco Bell wisdom my father had to give me in his last moments, caught on video for me to watch over and over, wishing that I had just one more minute with him! Remember my dad’s final words: Live mas!