5 Things To Claim 4/20 Day Celebrates Besides Weed Because You Are Just Mommy’s Clever Fucking Boy, Aren’t You? 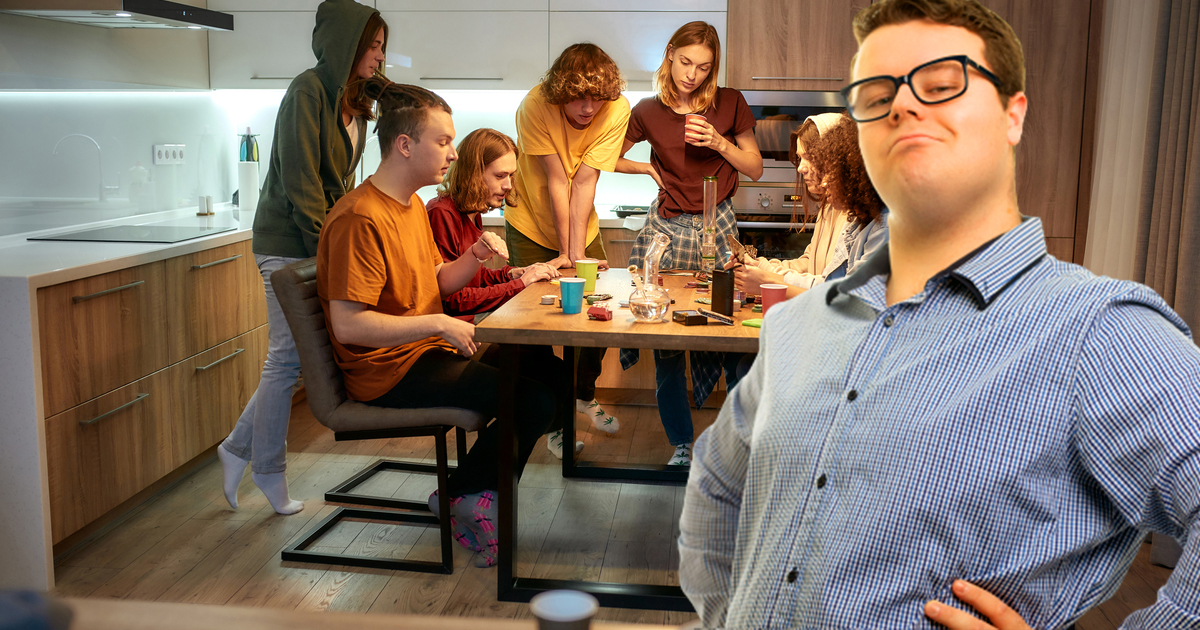 Well it’s 4/20 again, and all the rubes are getting stoned out of their gourds talking about how today was the day acid was invented or how some roadie for The Dead always smoked at that time or whatever, but not you. You are Mommy’s clever fucking boy and you’re above all that. And after today, everyone is going to know what an edgy little genius you are.

Here are the top 5 things you’re going to tell your stoner friends 4/20 day is about, and it is going to make their little hippy brains explode because you are just so goddamned above it all! Those hippies won’t know what hit them, and they’ll damned sure think twice before trying to enjoy something again.

That’s right, Eric Harris and Dylan Klebold shot up their high school on April 20th, 1999. “Happy Columbine anniversary!” Three little words, and suddenly the whole room is bummed out and you are just the king of the god damned universe!

Hey I don’t want to tell you how to do your job, but Columbine > Marilyn Manson > Dope Show > Dope… there’s something there, right? Who am I kidding, you’ll find it. You’re the smartest fucking boy in the world!

Okay yeah, this one actually happened on April 19th, but they don’t know that and it’s close enough, so why shouldn’t you use it to bring the flow of conversation to a screeching halt? Bonus points if you can segue that shit into a rant about how illegal drug money helped fund the 9/11 attacks. I know you have it in you!

Woah, curveball! Here they are expecting you to go dark again but then you go dropping the science! You High-roading son of a bitch, you are UNTOUCHABLE!

Okay now you are just showing off! By telling everyone about how April 20th marks the 1169th (up top!) anniversary of Gunther’s appointment to the Archbishop of Cologne, (a post he held until his excommunication in 863 A.D, yes) you’re letting everyone know that you have done the research, crunched the numbers, put in the work and there is no chance in HELL they’re getting away with having a good time today.

OH SHIT! Holy fuck dude, you went there! Wow! Damn dude, that is twisted as SHIT! Just when those fucking hippies thought they were safe, BAM, Hitler party! How do you think of this stuff man, seriously? Hitler was born on 4/20, that’s fucking WILD. Well, nothing to do now but go home and tell anyone who crosses your path about all the clever-ass shit you said today for weeks to come. You earned it!