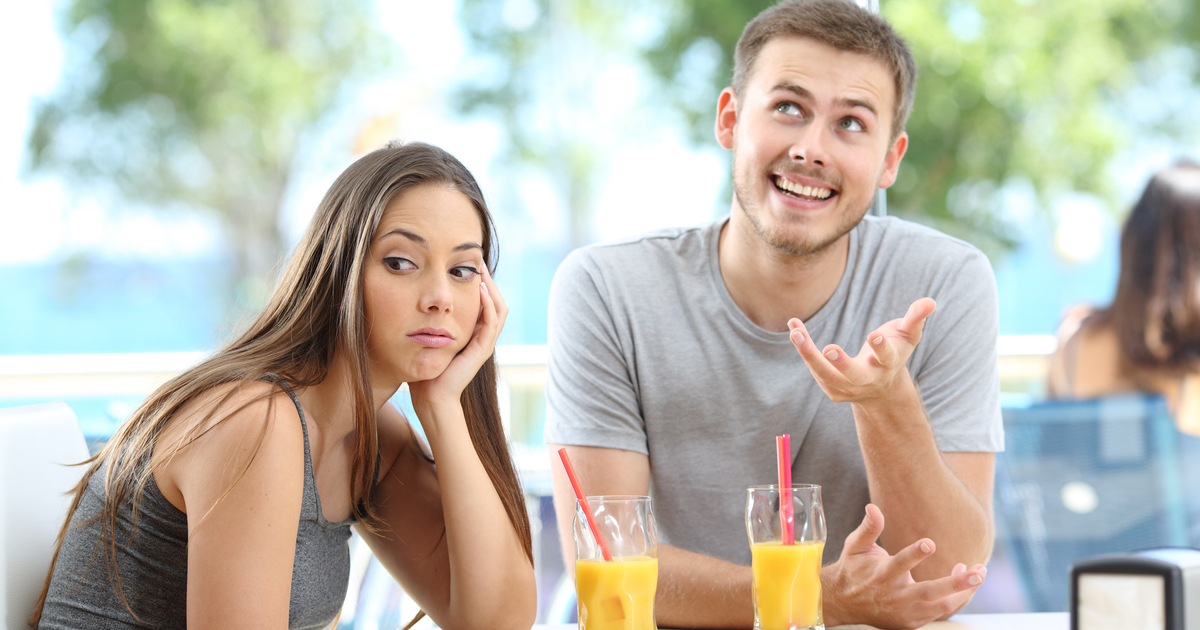 So, you’re on a date with a band dude you met at a show. Nice! Well, almost. See, you’re trying to have a romantic night out and your date, who has twice referred to himself as the “Mozart of industrial shoegaze,” won’t shut the fuck up about his stupid noise project.

So much for romance when all this dude wants to do is talk about his music. He describes it as “a poetic cerebral journey that transcends time and space.” Well, that’s fitting since this date is a black hole, so here are a few fun date questions to help you out! Granted, they won’t stop him from calling his experimental project “better than Sonic Youth,” but they can give you some good convo ideas for the future now that you’ve learned your lesson about going out with musicians.

What’s your pet peeve? – The answer? Apparently, anyone who interrupts him when he’s talking about his blossoming dreams as a noise artist. What the hell even is a “noise artist?” You were hoping to drop a hint about how it’s your pet peeve when people talk and chew with their mouth wide open like he’s been doing, but he somehow forged this path of conversation straight back to how he gets the perfect level of distortion when he’s ruining peoples nights with music instead of self-indulgent conversation.

Do you have any (other) hobbies? – Spoiler alert: he doesn’t. However, it’s always worth asking in the slim chance that this dude might like doing at least one thing that doesn’t include overdoing distortion and reverb. You might as well have just asked him what his favorite fuzz pedal is, because that’s what he’s going to talk about regardless. Wait, does talking over women count as a hobby? If so, that’s the thing he might go pro at.

Do you have any siblings? – Oh shit, he has siblings! …Who are also in his band. Of course. Tracy is on bass, Sam tickles the synths, and Robert makes the cave sounds, whatever the fuck that means. Looks like if you marry this man you’ll have to deal with an entire family that won’t shut up about their dumb noise project.

What’s the coolest country you’ve visited? – The chance that some guy making noise music in his parents’ basement has ever had enough money to leave his hometown is slim to none, but he swears that someday he’ll go viral, and then he’ll get to tour the whole world. Plus, according to your date, no journey on foot can compare to the journey experimental music can take you through your mind.

Would you like to ask me a question?– God forbid this guy asks you anything about yourself. Because if you’re talking about yourself, then that means he isn’t talking about his noise project, and he simply can’t imagine anything more interesting than that. So feel free to call him out on this bullshit. But fair warning, the only question he’s going to ask you in response is, “Would you like to come back to me and my parents’ place to hear some demos?”