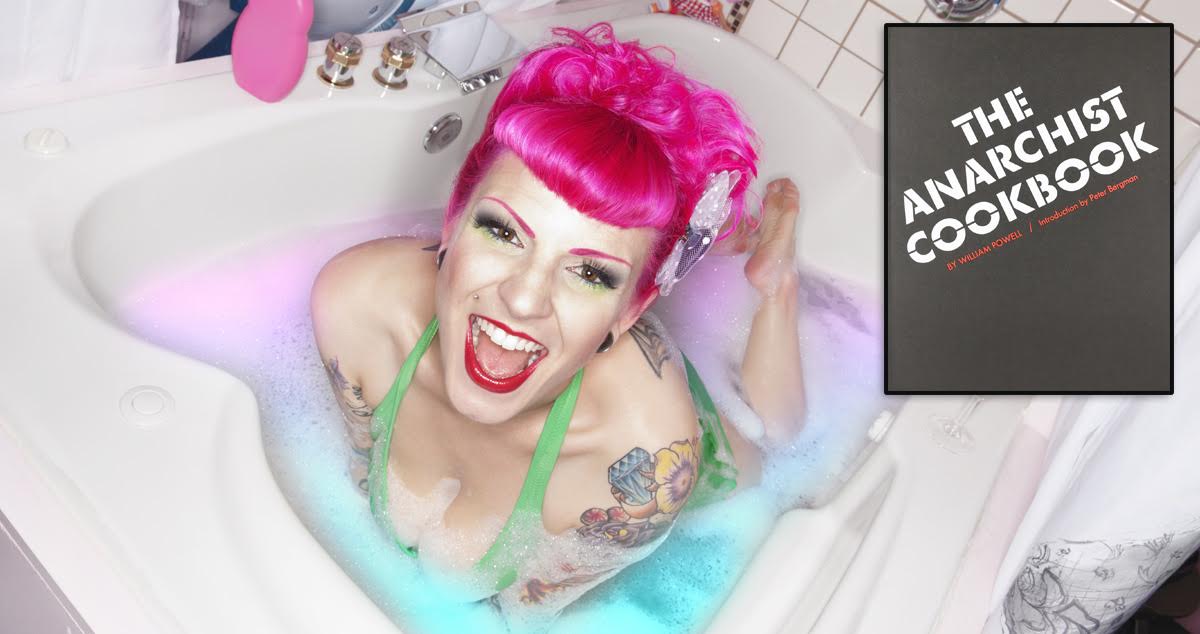 So you think you’re a punk because you’ve read The Anarchist Cookbook?  Get a grip, losers, that’s basically required reading for any respectable middle school punk. But how many of you posers know about all the sick bombs that outdated ass book doesn’t want you to know about? That’s right, bath bombs. Read on to have your minds blown with dope new ways to fight the system and dry skin.

The Burning Monk — This warming blend of patchouli, cinnamon, and napalm will open your third eye and also hopefully open your stupid fucking eyes to the brainwashing tactics of mainstream media.

Sleepy Sheeple — A soothing bath bomb made with lavender, chamomile, nitroglycerine and ammonium nitrate to drown out the sounds of the marching boots and the screaming of innocent civilians. This bomb is sure to lull any sheep into a deep, mindless slumber from which they will never awaken.

Molotov Mocktail — An uplifting blend of organic lime juice, coconut, naphthalene and palmitic acid will refresh your spirit and resolve to topple the corrupt fascist pigs of capitalism.

Half Pipe Bomb — This deep cleaning bath bomb may detox your skin with activated charcoal, but it can also detox the government of fucking scum with low explosives like barium nitrate and sulfur. Cleanse your skin and cleanse the earth of corruption.

Agent Orange Creamsicle — A creamy, moisturizing blend of citrus, paraffin, sodium peroxide, and flowers of sulfur that will have you smelling like dreamy orange when you fight the military industrial complex. Keep your skin soft while exposing the US government’s role in chemical warfare. It also has glitter.

So clean those dirty squat house bathtubs, hop in, and stop being so fucking complacent.