10 Sex Robots Everyone Keeps Telling Me Are Just Regular Robots 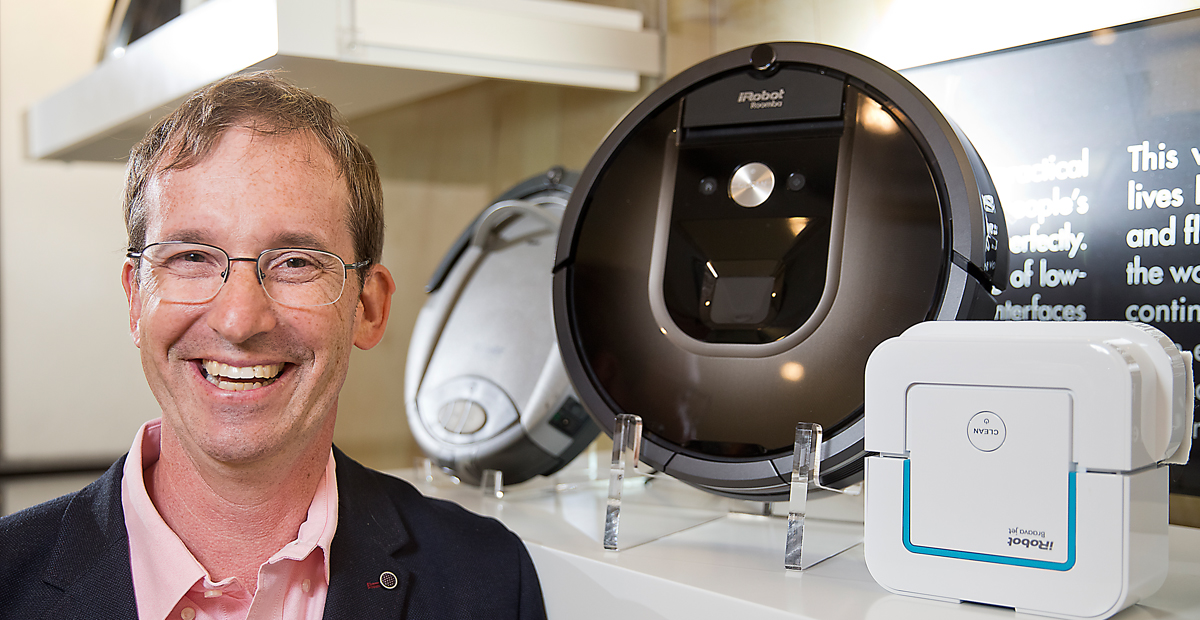 Futurists predict that within several decades, sex with robots will be a normal and accepted facet of the human experience. But if you ask me, those people are cowards.

With a winning attitude, any modern day robot can be a sex robot.

You see, I’m an early adopter — like the ’90s denizens of Usenet or the first guy to drive a car, I can’t sit around and wait for a narrow-minded society to catch up.

While I am confident that history will view me as a forward-thinking maverick, it’s not easy being this far ahead of the curve. Sometimes I must remind myself that one day EVERYONE will be ramming their turgid penises inside the gas tank of their neighbor’s self-parking Audi.

For the benefit of those of you as forward thinking as I am, here is my list, in order of ascending efficiency and hotness. The top 10 sex robots that everyone keeps trying to tell me are just regular robots:

Russian Chat Bot: Not recommended. After hours of doing whatever the bot said I only orgasmed twice and I’m pretty sure I was recruited to help Marnie Le Pen nearly win the French Presidency.

Articulated Industrial Robot Arm: According to my former supervisor at the Tesla factory, inappropriate behavior with a robot arm is still a fireable offense even if it’s during your lunch break and is consensual.

Related: 5 Women We Interrupted Mid-Sentence to Talk About Our Westworld Theories

Teddy Ruxpin: Every ’80s kid remembers this classic, fuzzy, singing, loveable bear! Well, the good news is you can also fuck it.

Roomba: Robotics has lead to several interesting ethical quandaries. For instance, is it possible for AI bots to achieve some form of consciousness? And if so, is it wrong to “own” an intelligent device? Also, is it wrong that my wife got very possessive when she caught me with her Roomba? She recently left me so I haven’t had chance to ask her these questions.

Alexa, Cortana, and Siri: Clearly, the true purpose of AI assistants is carnal pleasure. For one, “Alexa,” “Cortana,” and “Siri” all sound like stripper names. For another, they are very, VERY compliant.

Drone: You can argue until you’re blue in the face, but the fact is that if a neighbor boy flies his drone over your yard and you swat it down with a broom, it doesn’t mean you can keep it — no matter how much you gunk up the propellers.

Zune: The iPod may have won the MP3 player wars back in the day, but if you take into account fuckability, the Zune would have usurped Apple’s crown, hands down.

Self-Checkout Machine: Thanks to a few unlucky breaks that were simply beyond my control, I had recently lost my job and am going through a very expensive divorce. To make ends meet I picked up a few shifts at a grocery store. But apparently it’s improper to drag your balls across the scanner of a self-checkout machine because, “people put raw meat and vegetables on there.” It’s still hardly a reason to fire a guy!