Review: Metallica “…And Justice for All” 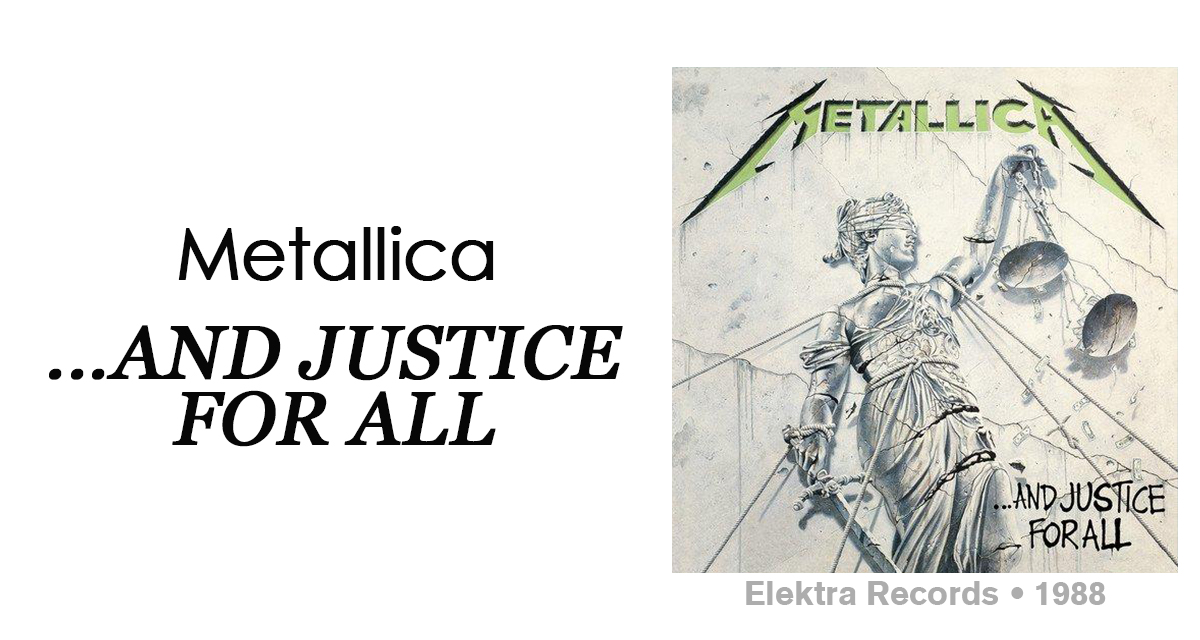 It’s Sunday, and that means it’s time to cast our critical eye on another classic album. This week, we’re looking at Metallica’s fourth studio LP, which many fans consider to be the band’s final great record before they really started sucking in earnest.

I’d like nothing more than to talk about the music itself, which is at times incredible—but it’s impossible to discuss “…And Justice For All” without addressing the issue of how bassist Jason Newsted was treated. Hired after the death of the legendary Cliff Burton, the initially excited Newsted found his new bandmates to be not very welcoming.

The fact that Newsted’s bass playing is practically inaudible in the final mix is insulting enough. Worse still is the abuse he suffered throughout rehearsals and recording sessions. The three original band members went to great lengths to remind Newsted that he was a “talentless worm who should get on his knees and thank them every day for the privilege of even being in the same room with them.”

The band later tried to brush off their reprehensible behavior as a practical joke. However, few could argue that wiring Newsted’s bass to a 480 volt transformer was in the realm of good-natured hazing. Lars Ulrich even berated Newsted for crashing into his drum kit after he was thrown across the studio upon touching the electrified strings.

On the night of Newsted’s first live appearance with Metallica, the band invited him to perform a bass solo, only to dump a bucket of pig’s blood over him as soon as he began. At the next show, he was tarred and feathered, resulting in second degree burns over much of his body.

Guitarist Kirk Hammett made Newsted paint his fence, claiming it was a Karate Kid-style veiled lesson in musicianship, when in fact Hammett just wanted his fence painted for free. They even forced the poor bastard to shave the sides of his head and maintain that goofy haircut for years.

Years later, Newsted was asked why he chose to endure such abuse and humiliation for so long. “When I joined the band, they tricked me into signing a terrible contract that amounted to indentured servitude,” he replied. “Besides, what else was I going to do, go back to playing in Flotsam & Jetsam?”

It could be said that Newsted had the last laugh, however. Before finally departing the band in 2001, he filled recovering alcoholic James Hetfield’s water bottle with vodka, triggering the frontman to relapse and spend the next two months in rehab.