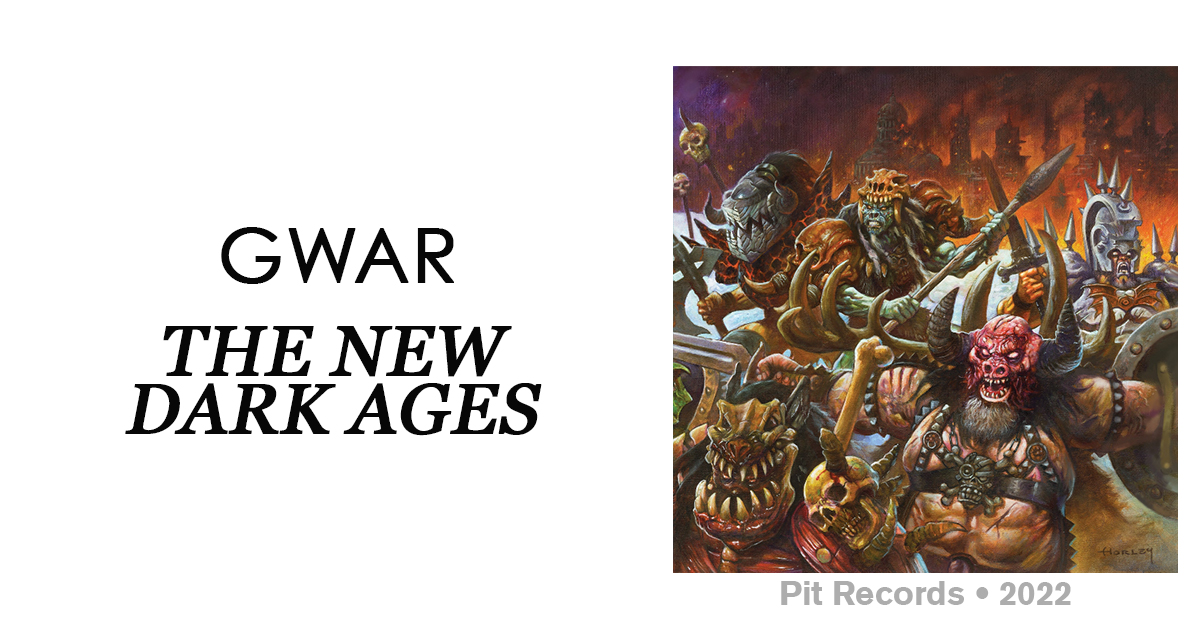 Everyone’s favorite interplanetary barbarian space warriors GWAR are back with their 15th studio album “The New Dark Ages” which will be accompanied by a graphic novel and tour that will likely involve showering audience members with fake and/or real blood.

It’s not every day you get an advanced copy of an album for the specific purpose of reviewing it for a major online publication. It’s also not every day you accidentally drop it down a nearby storm drain before you even get a chance to listen to it. But here we are. Yet again.

Anyway, I really needed to ace this review since I was already on thin ice with my editor after using the “advanced copy fell down storm drain” excuse when I was supposed to review the new Turnstile record last year. So I called a professional to see if I could get all my stuff back from the drain. Not just the GWAR album. I mean EVERYTHING. Including half of my record collection. My editor is still hounding me for that Turnstile review at some point. How else am I supposed to hear it?

But then I got paranoid and hung up. Like, what if the storm drain guy they sent was a huge GWAR fan and just fished out the yet-to-be-released album to take for himself? You don’t want advanced copies falling into the wrong hands. You have to handle them with absolute care.

So I shimmied my way down the drain myself to retrieve what was rightfully mine. However, something they don’t tell you about storm drains is that they’re way easier to get in than they are to get out. And there’s no cell service down there for some reason. Nationwide coverage my ass.

Long story short, on my fifth consecutive day trapped in a storm drain surviving on nothing but surprisingly refreshing stormwater, someone finally discovered me and called the authorities. The rescue took hours.

More importantly, I got back my GWAR album just in time to submit this exact review. So, you’re welcome. Turns out, the album was unexpectedly resilient under harsh circumstances. Indestructible, really.