Review: Counterparts “A Eulogy for Those Still Here” 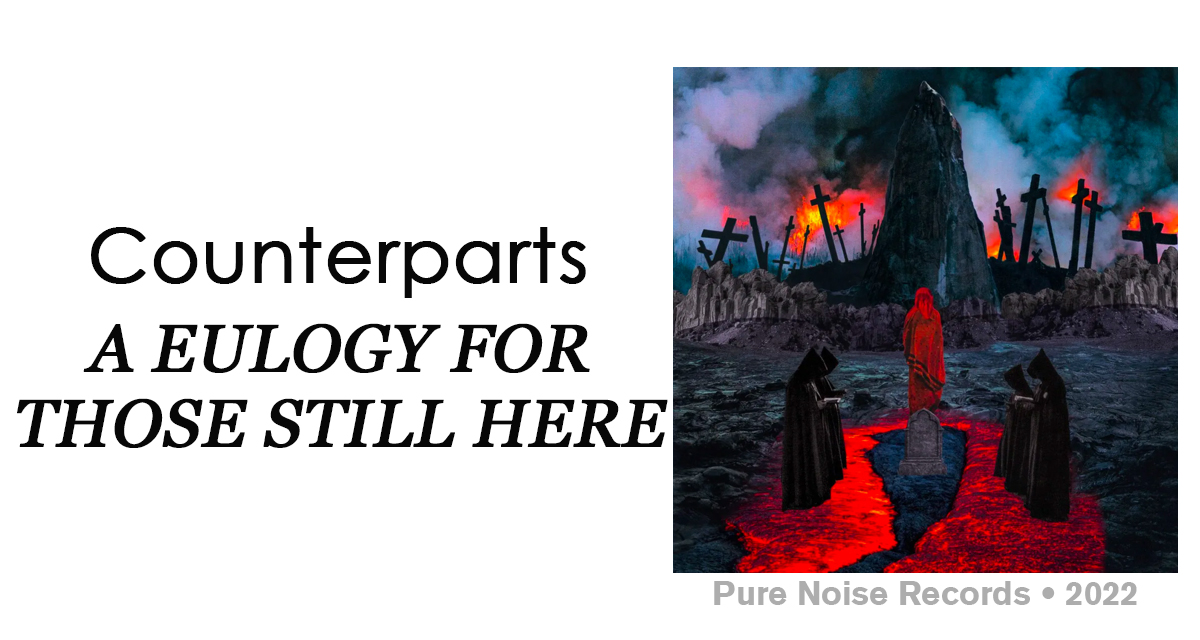 Canadian hardcore band Counterparts are back with a new studio album titled “A Eulogy for Those Still Here” which will be released through Pure Noise Records.

Counterparts absolutely rips, so by osmosis, this new album rips too. This record also covers every genre you could possibly want, including melodic hardcore, metalcore, and punkcore. Literally, you name it and this album has it. But does it sync up perfectly with an iconic film from the past? Let’s find out.

As you may have heard, there’s a certain Pink Floyd album that supposedly synchronizes flawlessly with “The Wizard of Oz.” Classic, right? Now, I’ve never tried this out myself to confirm because I’m not a loser.

However, I thought it’d be a good use of my time to see if this Counterparts album syncs up with anything cinematically. You never know until you try.

For my first attempt, I went with, you guessed it, “The Wizard of Oz.” After all, there are no rules against more than one album aligning with the same film. But I don’t think it worked because the classic “If I Only Had Brain” tune clearly clashed with Counterparts’ more modern “Skin Beneath a Scar” song.

Next, I tried something more recent and a little more well-known, so I gave “Transporter 2” a shot. Nothing says hardcore more than Jason Statham’s physique and highly accomplished five o’clock shadow. But I’ll be damned if this album didn’t sync up exactly with the 2005 film that The New York Times called “purely shallow but never dull.” I was really rooting for it though.

Since that didn’t work, I figured I’d give a comedy a go. Naturally, my first choice was “Paul Blart: Mall Cop” because I just happened to have the DVD. Surprisingly, if you start the album the moment you first see Kevin James riding a segway, you’ll notice that the album kind of syncs up perfectly until you get to the first song’s second chorus when it all falls apart. Bummer. Almost had it.

Long story short, I’m about 78 test movies into my experiment and still haven’t found a match for this Counterparts record. Good thing this album rips or else this research would be painful.