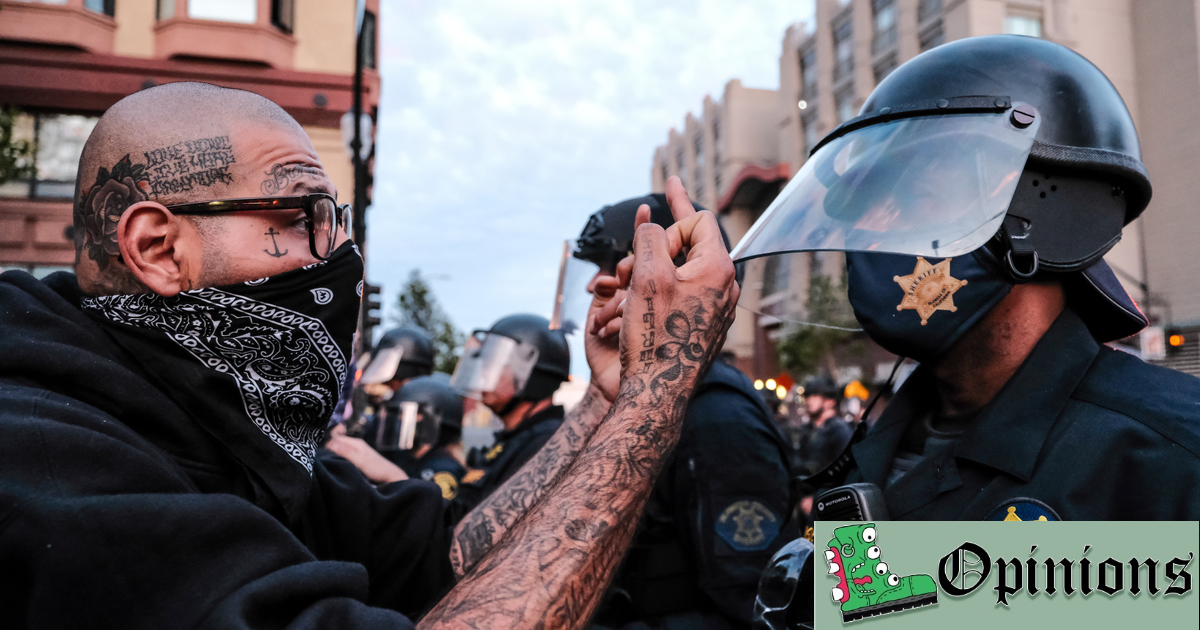 Last night I went to the first gathering I’ve been to in the months and it was amazing! Everyone there had the same energy and we were all vibing. That is, until these guys dressed in blue shirts and tactical riot gear waltzed over into our turf. Based on what they were wearing, we knew we had to preemptively defend ourselves. Then they had the nerve to get all bent out of shape when we flipped and torched their car. Umm, if you don’t want to be assaulted, maybe you shouldn’t go outside dressed like that.

Nothing says “kick my ass, piss in my face, I’m a lowly, worthless piece of shit,” like a police officer’s uniform.

Hey, I get it. In a perfect world, everyone could dress however they wanted and no one would get hurt. But this isn’t a fairy tale. This is real life. Here’s the thing, boys: If you didn’t want to be assaulted, you shouldn’t have shown up dressed like that. It doesn’t take a rocket scientist to figure out that when your clothes scream “I’m an armed threat with that will face no repercussions,” someone is gonna put hands on you.

There’s something to be said for the accountability of the perpetrators of course. No crime is committed by the victim alone. But if you’re gonna walk out onto our streets dressed like a pig then I’m sorry, honey. You’re just a punching bag for the revolution. Maybe next time you’ll think twice before walking out fo the house with that uniform on.