Shaq May Forgive the General for His War Crimes, but We Never Can 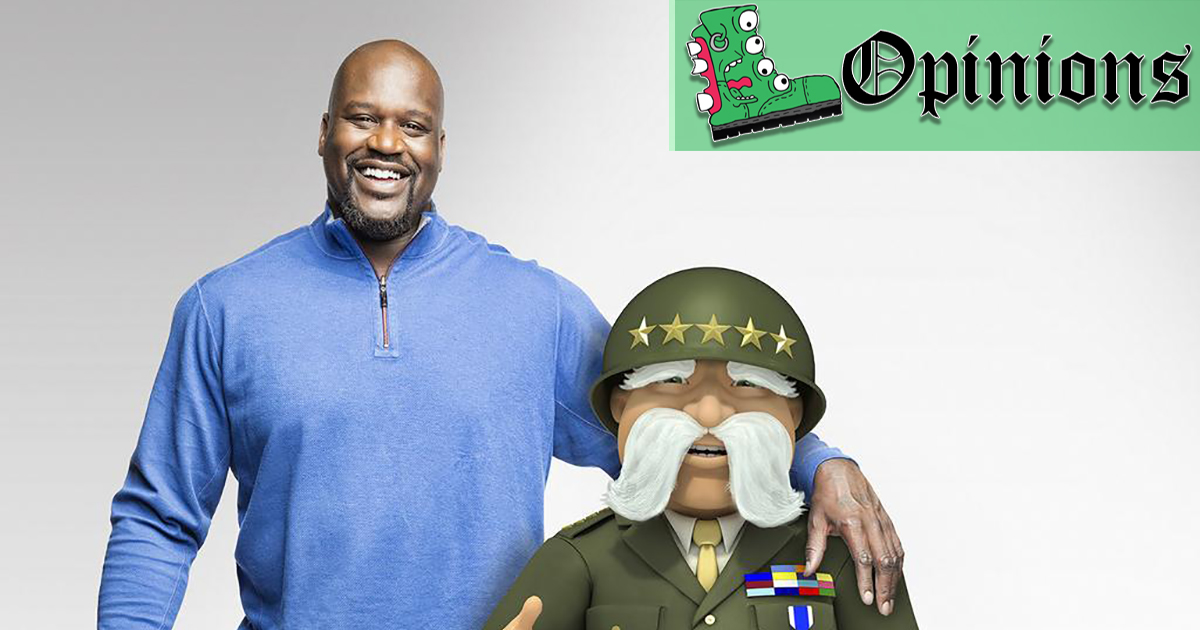 The NBA has had a long history of problematic relationships. Dennis Rodman was pals with Kim Jung Un, the NBA as a whole dropped support for Hong Kong under the instruction of the Chinese Government, and even Michael Jordan had that weird Hitler ‘stache phase. Shaq’s lifelong friendship with The General is yet another example that we cannot ignore. The General may seem like a friendly cartoon whose only interest is saving you money on car insurance. But over the course of his long career with the military, he has been accused of countless war crimes and never seen justice.

In Vietnam, The General and his company held up in a fortified Cambodian temple and led barbaric attacks on the Viet Cong. The brutality of their attacks struck fear into the hearts of their enemies and allies alike. Decapitation and desecration of bodies were common under his command. Photos of him posing with mutilated corpses have surfaced in the past, but the Pentagon denies their legitimacy.

The General had a hard time adjusting to civilian life. There was a period of a few years where he was in and out of jail for various bar fights. Then he seemed to calm down around the time that he started his insurance company. His rekindled friendship with Shaquille O’Neal is meant to make us forget the sins of his past but we must not!

Understand I have no issue with Shaq. According to the commercials he and The General have been friends since they were babies in the same hospital. It’s not Shaq’s fault that his baby friend would go on to sell weapons to Sadam Husein. All I’m saying is we cannot let The General’s friendship with someone as magnanimous as Shaq blind us to the awful truth of his past.

The General may never face formal charges in the court of law, but in the court of public opinion, we have the power to cancel him. So if you are shopping for car insurance just remember, “For a great low rate you can get online, don’t go to The General he did war crimes!”