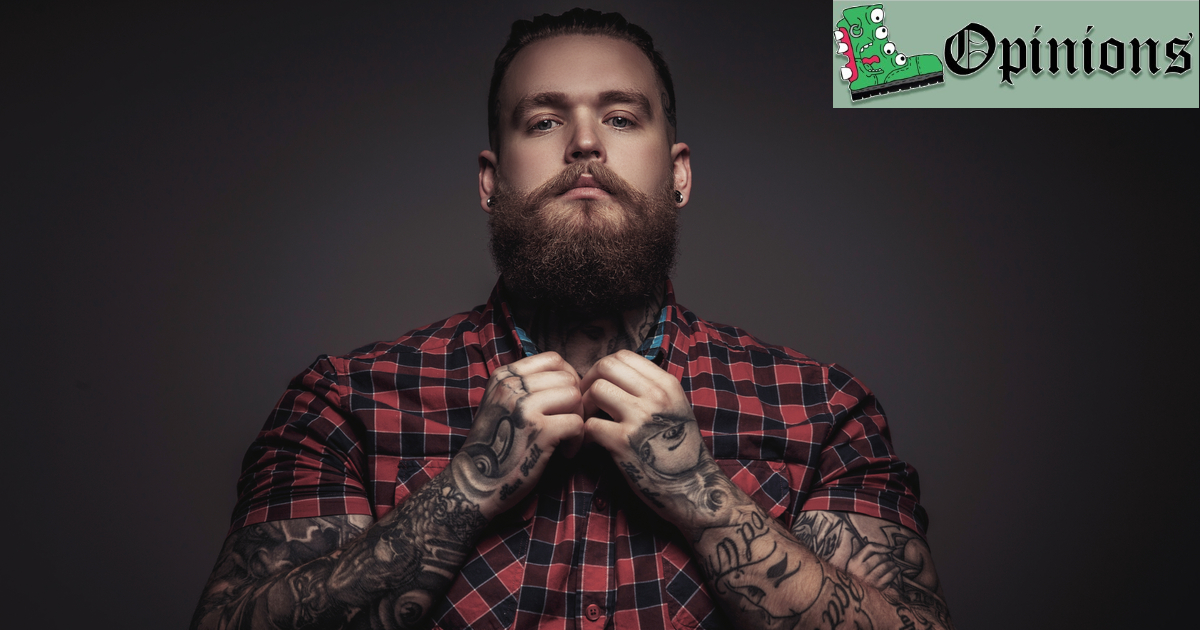 Hey bros. We all know it’s okay to get out there in the pit and kick some ass. But some of us don’t know that at the same time, sometimes you’re actually kicking your own ass. On the inside. It’s true. And it’s okay.

I used to be that guy, too. Sweaty. My Agnostic Front shirt in tatters. “Picking up change” but unable to “pick up the pieces” of my own shattered ego. Throwing punches when what I really wanted was to be punched, if only to feel something. Then one day I realized that I was no longer slam-dancing. I was slam-cutting. Which is very hard to slam-hide when none of your shirts have sleeves.

I’ve been in the scene a long time, my bros, and I can tell you right now the hardest breakdown of all, is an emotional breakdown. You can’t spin kick your way out of that.

So, here are some 2-steps you can take to land a haymaker square in the jaw of self-doubt:

Start today – No one’s gonna do it for you and there’s no time like the present. Commit yourself totally to being your own brother-in-arms.

Mosh with your negative thoughts – Don’t just think things like, “I’m a boner who sucks,” “No one will ever love me,” or “I’m an old poser who’s past his prime and spends his time writing about being badass online.” You’ve got to throw elbows into those ideas about yourself. Challenge them. Get in the circle pit of your mind and punch your negative thoughts until someone needs to “pick! them! up!”

No spiritual surrender – You’ve got to do this every day. No mercy for those weak ass thoughts, bro. You’ve got to get back out there and spin around with your arms out every God Damn day!

So don’t let your own self kick your own self’s ass, bros. You’re the only one who can physically defend yourself from your mind. Because it’s in your head where no one else can punch it but you, with fists made of a positive mental attitude. I hope you take this to heart, dudes. Or don’t. I mean, what do I know? I’m just a drunk, fat idiot.