Opinion: They Could Never Make the Show “Friends” Today Because That’s Already a Show 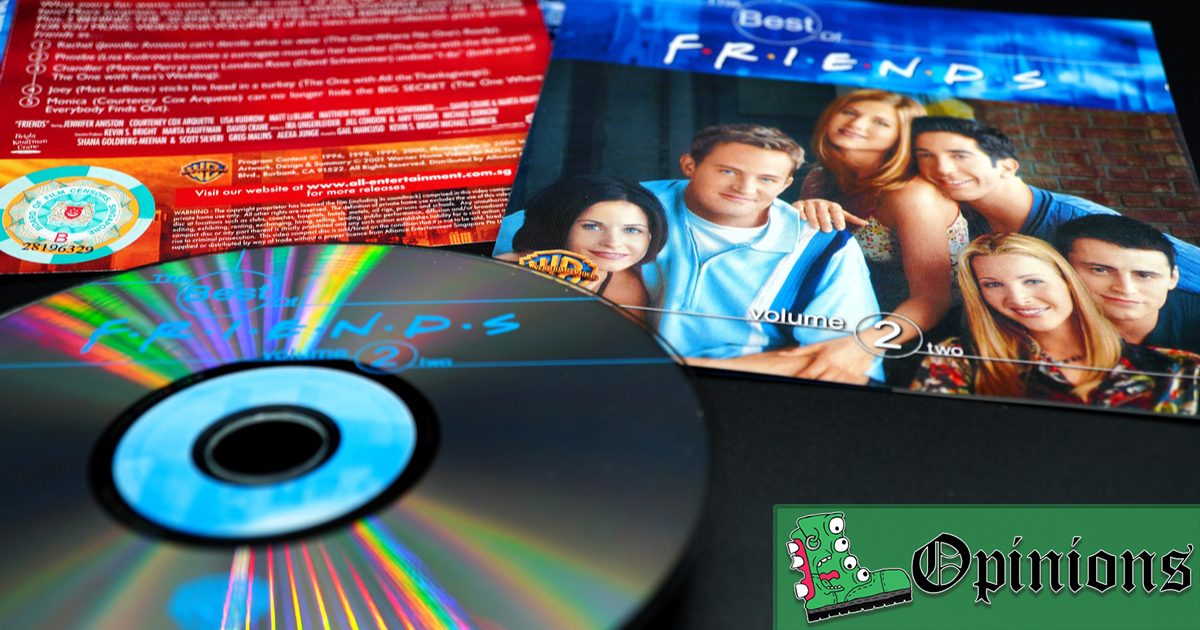 Cultural sensibilities change and evolve over time. In our current cultural climate there are just certain things you could get away with on television in the ‘90s that absolutely would not fly today. Take, for example, the show “Friends.” At the time it was incredibly popular, well-received by critics and viewers alike. But if they tried making that show today, there would be a giant backlash, because what once made the average audience member laugh will now make them say, “Hey, I’ve already seen this.”

Let’s look at a classic episode of Friends, in which Joey meets a mentally ill woman who believes he really is the doctor he plays on a soap opera. Joey feeds into this woman’s delusions and coerces her into a sexual relationship. Later, when he’s done with her, the friends ban together to gaslight this insane woman into thinking that Joey is an evil twin so that she will leave him. Do you know what the network would say if you tried to get that script on the air in 2021?! They would say, “This is clearly an episode of the popular show ‘Friends’ that we have already made. It is available on numerous streaming platforms. Get out of here.”

Not convinced? Consider the treatment of Chandler’s father, Charles, a Las Vegas drag queen. The Friends seem disgusted by Charles’s gender identity, going so far as to quip “Don’t you have a little too much penis to be wearing a dress like that?” Charles remains a long-running punchline on the show long after their initial appearance. Now imagine trying to make that show in today’s climate. Here’s exactly what they will tell you:

“This is plagiarism. This is an episode of the show Friends that we have already produced and still profit off of to this day. It is extremely hard to believe you are not aware of this, it was hugely popular. Did you know they made a million an episode? You need to change the show title, the character names, and make someone black, then we’re in business.”

Modern audiences just would not find Friends to be entertaining. They already grew up with it and have seen every episode numerous times. The uproar from millennials would be too great. They would take to the internet and say things like, “Why have you wasted time and resources to make ‘Friends’ again? There already is ‘Friends’! #CancelFriends”

Even if they wanted to, the main cast has aged out of their roles. Would audiences really accept, say, Ross having a sexual relationship with a student, for example, if his face had to be digitally de-aged like The Irishman? No, because it would look weird.

It would be possible to model a modern show after “Friends.” You could call it “Pals,” center it around a will-they-won’t-they romance between characters names Bross and Fatchel, and load the whole thing with homophobic remarks. But the fact remains that in today’s evolving and progressive social climate “Friends” is already a show.