Opinion: THERE’S A DOG IN THE OFFICE TODAY!!!!! 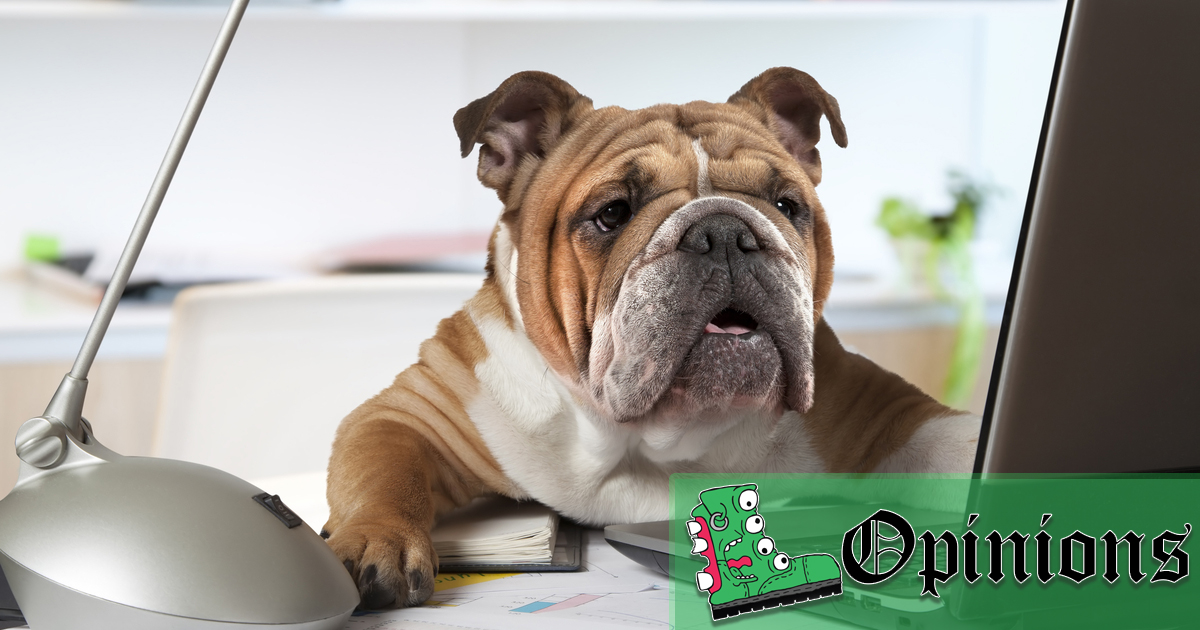 Time to turn those frowns upside down my little worker bees, because THERE IS A DOG IN THE OFFICE TODAY!!!! A real, four-legged fur baby bringing joy to all. We’ve been through a lot recently, what with that company-wide, life-destroying bombshell, but seeing the sweet pooch’s kind eyes is a clear sign to me that everything is going to be alright.

UPDATE: Bad news, folks. I tried to pet the dog but apparently it’s “nada posibilidad.” He’s Jean’s therapy dog and only people that witnessed Gary jump off the roof last week can pet him. I tried to make light of the situation by saying the dog wouldn’t even be here if it weren’t for me ruining Gary’s life, but then Jean started blubbering. FYI THE DOG’S NAME IS TUGBOAT AND HE SNIFFED MY HAND!!!!

UPDATE 2: My lawyers have asked me to clarify the last email – Particularly the part where I jokingly insinuated that just because I took my father’s successful business and ran it into the ground, I was somehow responsible for Gary’s death. I ONLY meant that if it weren’t for the very specific sequence of events set in motion by my gross negligence, Tugboat the dog would probably be hanging out with some dumbass school shooting victims right now instead of in our office. And for that everyone should THANK me. Also, APPARENTLY THE DOG WAS DOING TRICKS IN THE BREAK ROOM!!!! IF ANYONE TOOK A VIDEO PLEASE @ ME!!!!!

Update 3: OK, gang. I’m starting to sense a pattern developing here. I’m hearing that several of you have now pet Tugboat. Am I being intentionally iced out simply because I gambled away everyone’s pensions on what turned out to be a pyramid scheme? As I already explained, the ONLY reason I did that was because I was not risking any of my own money!!! Why does THAT warrant all of you cockblocking me from petting a doggy?

You’ve left me no choice. For the next two months until this company shuts its doors forever, summer Fridays are done. Perhaps now you’ll think twice before denying the 23-year-old college dropout son of your beloved former boss the opportunity to pet a dog.