Opinion: The Only Way To Stop a Bad Guy With a Gun Is a Good Guy Doll Possessed by the Spirit of Charles Lee Ray 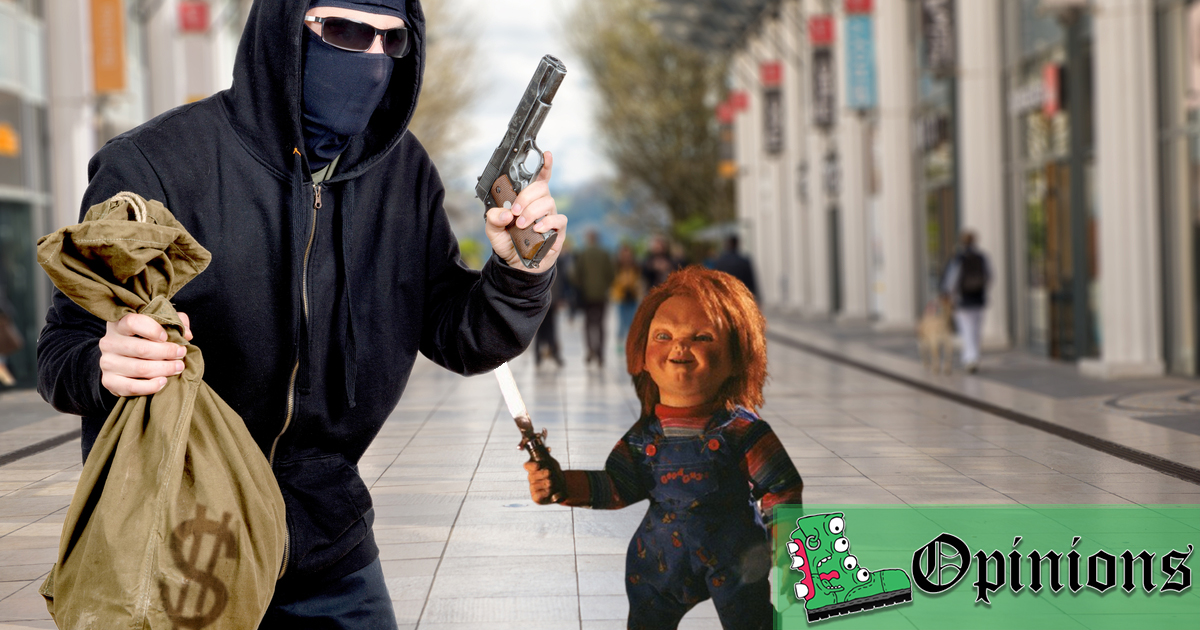 The conversation surrounding what should be done about gun violence in America has become more exhausting than ever; with each shooting, a nationwide argument ensues over how to approach this crisis, pitting us against each other, while everyone ignores the obvious solution. It comes down to something my dad used to tell me: “Son, the only way to stop a bad guy with a gun is a Good Guy doll possessed by the spirit of Charles Lee Ray.”

Even a staunch 2A supporter like me understands the fact that some people just shouldn’t have guns. Let’s face it, you’ve got a few nutjobs out there who would be an obvious danger to themselves and others if they had a gun. But when that happens, your only hope of diffusing the situation is for Chucky to come sprinting silently behind him like a little PVC assassin before administering some whoop-ass, batteries not included.

Other folks think you can just regulate the problem away, but that won’t solve the problem either. After all, it’s a slippery slope between background checks and armed militiamen showing up at your door to take away what’s yours. When that day comes, I want to be armed and ready with a serial killer trapped inside an innocuous-looking doll that springs into action as soon as the adults have their backs turned.

I get that there’s two sides to every story and that we can’t all get our way. Some of us are going to insist on letting the government take all the power away from people, and others, like myself, would like the freedom to cast spells on children’s toys, inhabiting them with the tormented souls of homicidal lunatics.

I don’t think this issue is one we can solve right away, and unfortunately, I foresee many more preventable tragedies happening before any real action is taken. The first step, however, is reaching a middle ground, and it’s only common sense that we conclude no bad guy with a gun would stand a chance against a doll with a lust for vengeance and a smoke-show girlfriend played by Jennifer Tilley.