Opinion: Podcasting Is the Lowest Form of Entertainment Now That I Found Out I’m Not Good at It 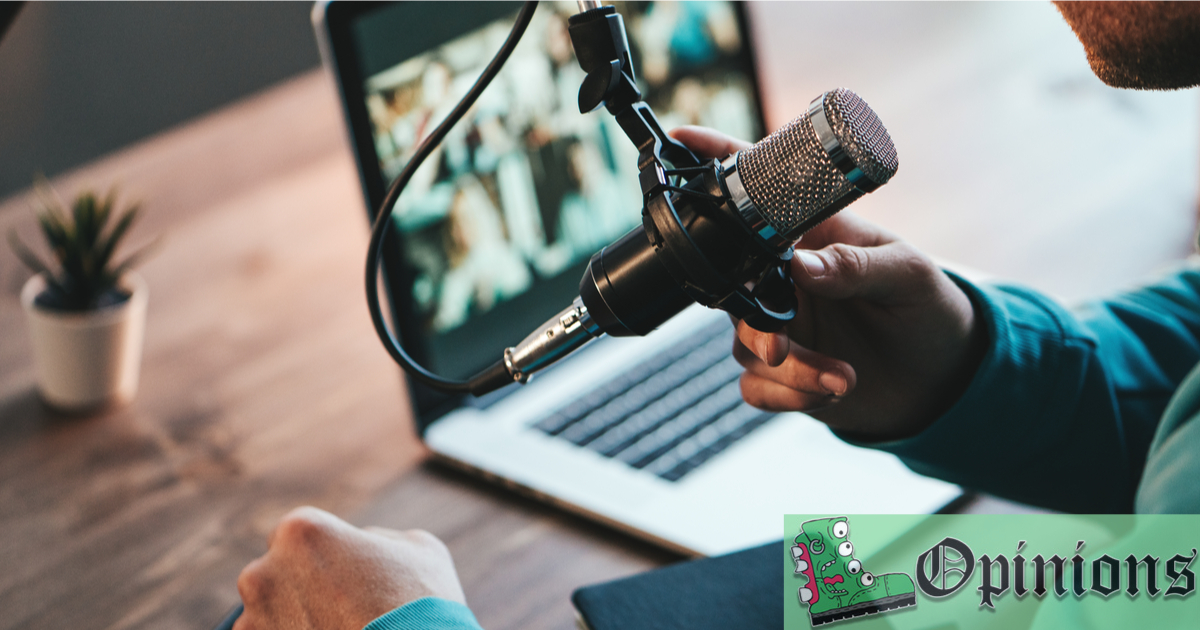 Back in the day, we had true entertainers. Our musicians didn’t just hit computer buttons. They played real instruments like guitar and learned all four of the chords. We had actors who studied the craft, not social media “influencers.”. Most importantly, we had REAL radio. Not this low-effort podcasting bullshit that anyone could do. In fact, podcasting is absolutely the worst, lowest form of entertainment. Especially now that I’ve tried it and it turns out I have nothing interesting or funny to say.

I believe in craftsmanship. One should spend years toiling over their craft. They should live and breathe their art and it should be a process to bring their vision to life. Today, podcasters simply buy some mid-level microphones and hit record. They don’t even edit! When I recorded my first podcast, I spent countless hours editing out all of the awkward, boring moments. That’s dedication. It was worth it though because once I was done, the three-and-a-half-minute episode was mostly listenable.

Anyone can make a podcast. Except for me, apparently. But what do I, a person of high artistic taste, care about that? When I used to play in metal bands, I’d hear these massive pop hits and think, “Ha! Anyone could write that.” Granted, I never actually tried to write a pop song so, fortunately, my belief still stands. Unlike this podcasting stuff, which is equally vapid.

I urge the public to raise the bar for the media we consume. Do we want to be a society that supports entertainers who can perform an extremely simple task? Sure, it seems pretty clear that only a select few have the talent to succeed in this medium, but scarcity of talent is bullshit and podcasting is lame and goddamnit why aren’t I good at it?!?!