Opinion: Not All Clown Posses Are Insane 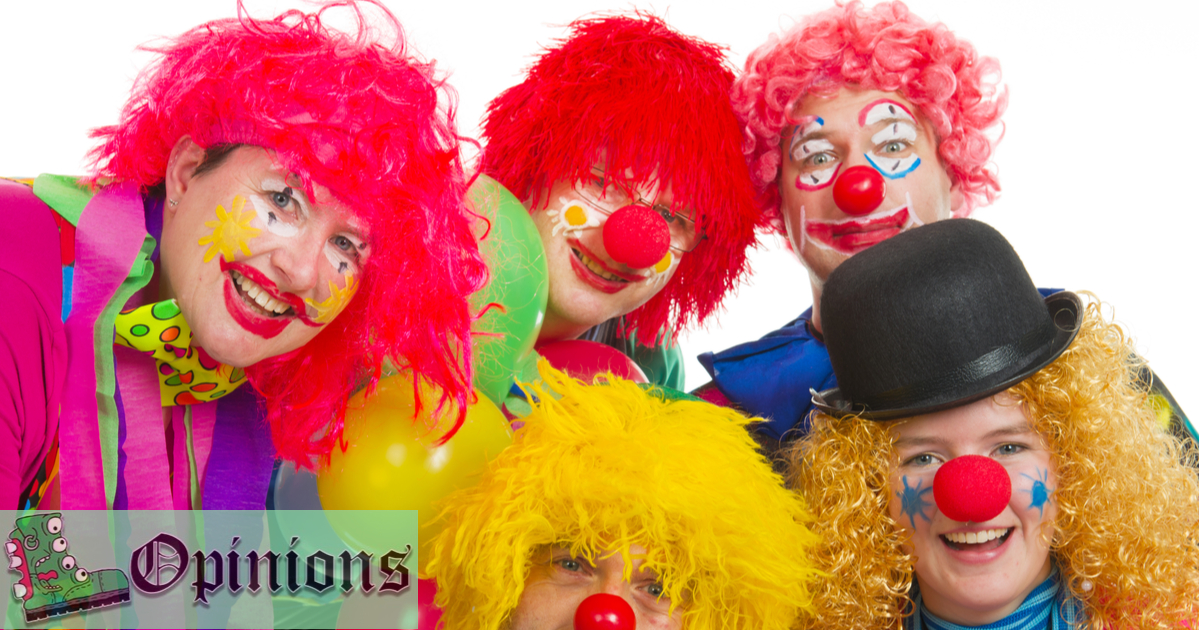 No one can deny that the Insane Clown Posse is the most ubiquitous of all the clown posses. From music to wrestling to independent filmmaking to festival promotion to direct-to-consumer soda distribution, ICP has made quite a name for themselves. These days you can’t hear the words “clown posse” without immediately thinking “Shaggy 2 Dope and Violent J” and, quite frankly, that’s some bullshit. Not all clown posses are insane, least of all me and my ensemble of jesterly harlequins. It’s time we tear down this ugly and vile stereotype once and for all.

A lot of people love ICP. I personally don’t get it, but I don’t begrudge their success. I’m happy for them. But I am equally sick of everyone thinking my zany pack of fools are “insane” just because we happen to be a posse made up of clowns.

I’m no Juggalo. I don’t rap. I’m more of a King Diamond guy, honestly. At the end of the day, I’m just a guy who likes to dress up as a clown and hang out with other clowns in a group setting. The only thing I have in common with Juggalos is the one time I ate Monopoly and shit out Connect Four. I’m also a former backyard wrestler and, no, I didn’t wrestle as a clown. That would be insane.

We are not insane. In our younger days, we did get pretty rowdy. I won’t lie. But never to a degree in which a psychologist might deem us fit to be institutionalized. Either way, we’ve cleaned up our act. But we’re still impacted by these stigmas. My kids get bullied at school because of this. Because of that damn rapper group, everyone thinks their dad who wears full facepaint when he drops them off at school in a clown car is “insane.”

So please, stop thinking all clown posses are insane. There are lots of clown posses out there and this stereotype hurts us all. But we all do love Faygo. That stereotype holds water. Delicious, neon-colored corn syrupy water.