Opinion: No Fucking Way The My Chemical Romance Singer’s Father Said All That Shit to Him at A Parade 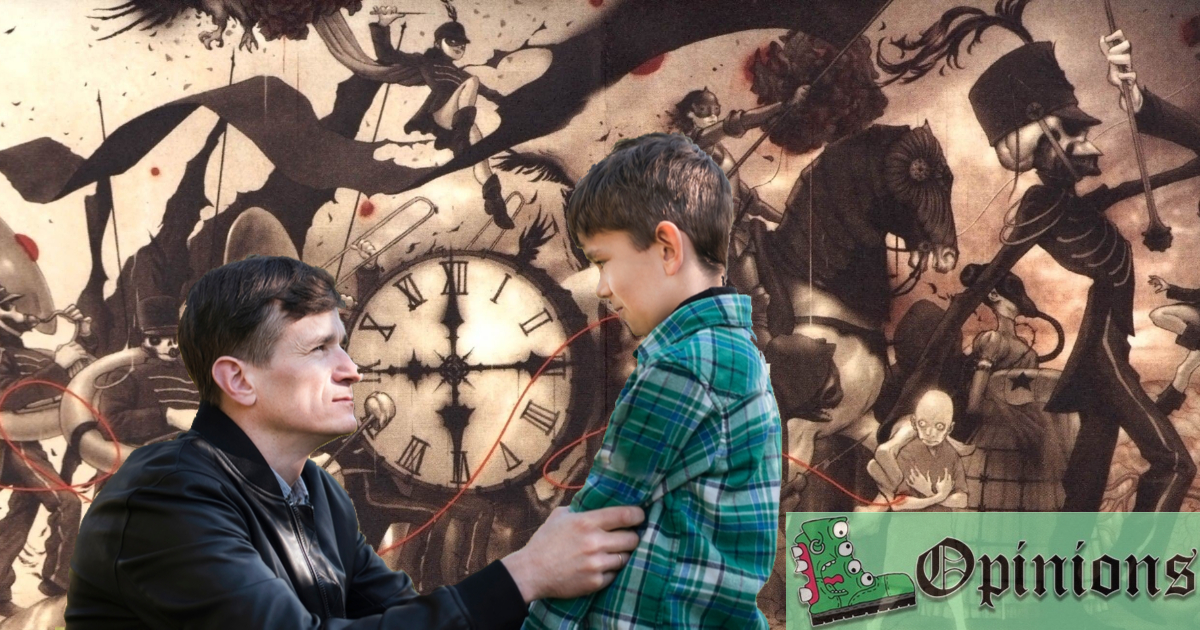 Does the My Chemical Romance singer think I’m stupid? He clearly must think I’m a big fucking joke if he assumes I’m dumb enough to take the song “Welcome to the Black Parade” at face value. Claiming this is a realistic ballad is total bullshit and I’m gonna prove it. There’s no Gerard-damn way the My Chemical Romance singer’s dad said all that shit to him at a parade. Let’s examine the evidence.

First off, are we to believe that the My Chemical Romance singer’s father was always speaking in depressing rhymes like an emo Tom Bombadil? I’m just saying it’s a little suspicious that his dad speaks in straight prose with a consistent emphasis on rhyming every third sentence.

Secondly, how the hell would the My Chemical Romance singer even know what his dad was talking about? He was a kid at the time! If my dad sat me down after baseball practice and started talking nonsense about me growing up to be the “savior of the broken, the beaten, and the damned,” I would have been very confused. I’d also have a few questions. Chief among them, why the hell is this my responsibility? I bet Pete Wentz’s dad never put that kind of pressure on him.

Honestly, the lyrics of this song come off like one of those fake stories on Reddit where an attention-seeking parent claims their kid said some profound shit like, “I’m not sad my dog died. I was just happy to have known him.” Even if that story is actually true, your kid sounds like a psycho who can’t form meaningful attachments. Enjoy your upvotes.

I’m onto you, My Chemical Romance singer. Your story is bullshit. See, my dad also took me to see a marching band when I was a kid. But all he said to me was “this sucks, hand me another beer from the cooler,” because that’s how dads actually talk.