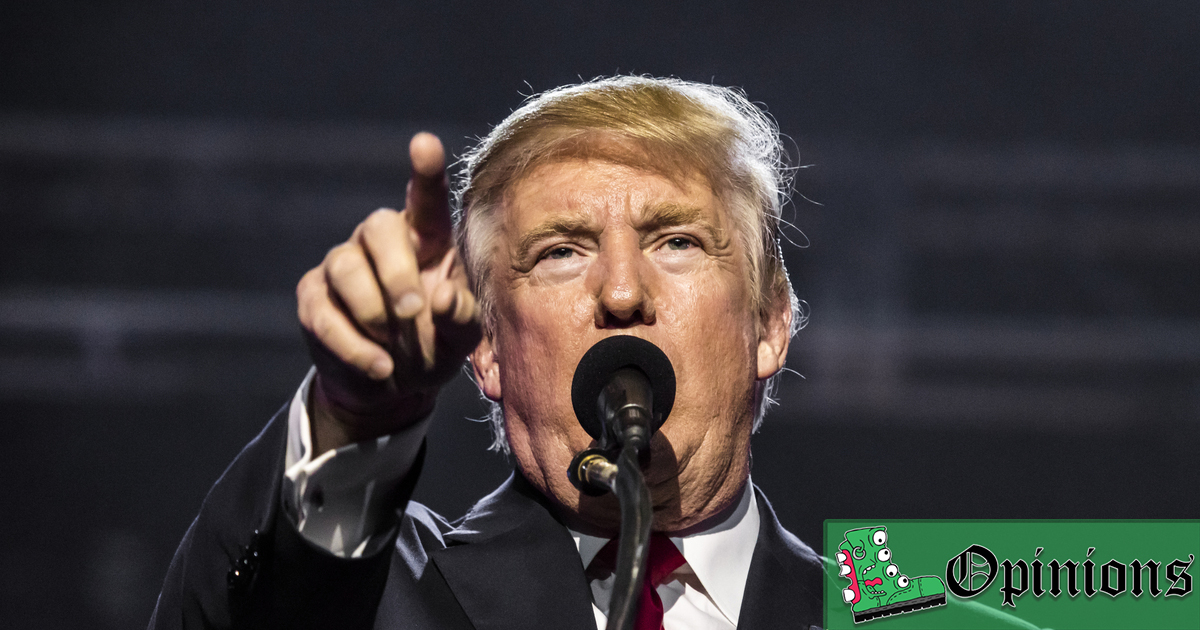 In the ’80s, American Neo-Nazis targetted the hardcore punk scene for recruitment. Why they thought they’d find success among a group of angry and disenfranchised white male youth is beyond us, but they tried anyway. All across the country, they attempted to infiltrate and appropriate punk and skinhead culture. Eventually, they got tired of getting their noses broken in mosh pits and mostly fucked off from punk.

Unfortunately, today white supremacists have focused on taking over something almost as important as the punk scene: The Presidency of the United States.

Since 2016, the highest office in the land has been overrun by Neo-Nazi presidents. Just like the Nazi’s attempting to co-op punk, these guys like to become the president and recruit mentally and emotionally vulnerable people to their cause. This needs to end. Now, we’re not saying that beating up Nazi recruiters on sight is going to solve this. But it did solve it for punk. Just saying.

It’s easy to laugh off any Nazi as the clown they are, but the sad truth is a Nazi President has a lot of power. They have the power to appeal to racist uncles, the power to spread misinformation, and they can even set international policies, block legislation, and appoint supreme court judges! The only power Nazi punks have is the ability to get beat up and have no one give a shit.

So if you see a Nazi president, get them to fuck off by any means. We don’t care if that’s the punk scene, the oval office, or your fucking country. They’ll have their little SS buddies with them of course so make sure the whole crew turns out.