Opinion: It’s Time to Call It the Boomer Table 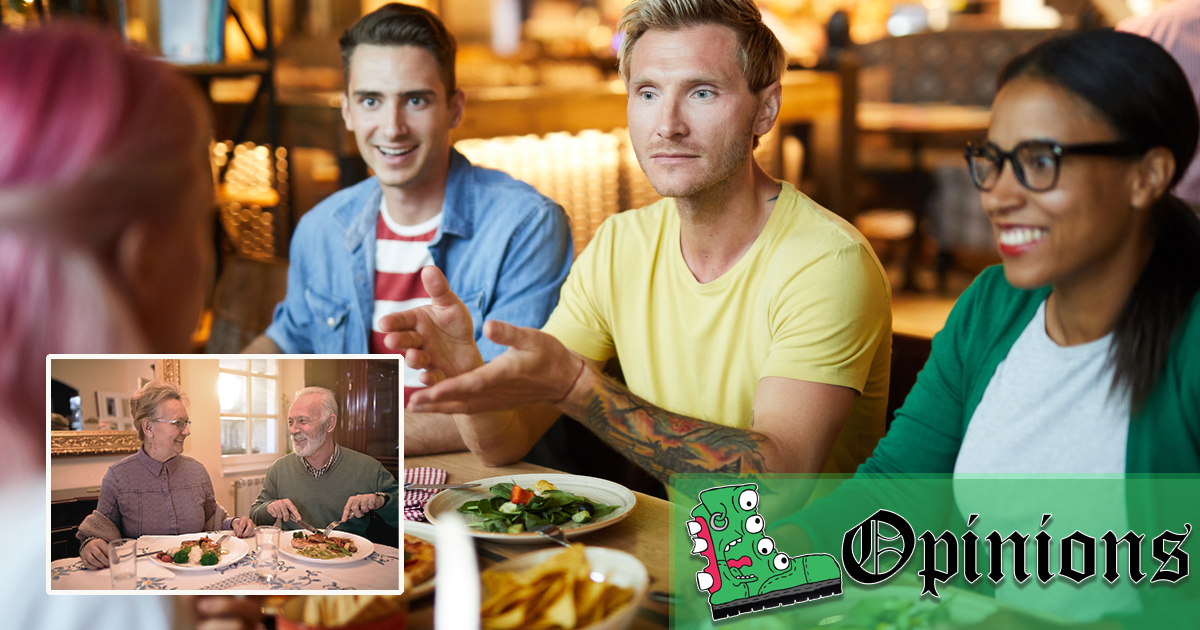 It sucks being home for the holidays as an unmarried, childless person; the interrogating questions from relatives about my future, the condescending advice, and most of all, being forced to sit at the dreaded “kid’s table.”

Well, you know what? This year we’re owning this. We don’t want to sit with those losers over there talking about real estate and the election. They just don’t get us over there at the… Boomer Table.

Damn. Got their asses.

Honestly, what do you think is going on over there that’s so great? Do you think turkey and stuffing taste better over the sound of “I’m not racist, but…”? No! Well, maybe if that phrase ends in “…can you please pass the butter.” But not tonight because I stole all the butter when those goddamn climate changers banished me here. Let the boomers have their fucking boomer table!

Listening to your niece walk you through the plot of Disney’s Frozen (again) beats listening to your uncle defend border camps (again). Unless you’re a Vice reporter working on an article about how to get high off of watching old people chew on cranberries there is no reason to sit there.

I don’t want to come across as overly critical of boomers. Sure they’re doing everything in their power to bring about the apocalypse, but they’ve done some good things too. Bob Seger’s ‘Night Moves’ is a pretty good song. Other stuff. I’m just saying it’s bullshit that they call it the ‘adult table’ or ‘the greatest table’ or whatever the fuck they say about themselves. It’s the fucking boomer table. OK Boomer?

If that cartoon movie about the sad bald kid has taught us anything, it’s that Thanksgiving is a holiday where we’re supposed to thank God for making turkeys so easy to kill. But this year, we have a lot more to be thankful for. Be thankful the generation who bankrupted your future and scorched the earth and then blamed it all on your ‘work ethic’ is finally starting to die. Be thankful you don’t have to sit at the fucking boomer table.

God bless us, everyone. Except anyone over 50. Also there is no God.