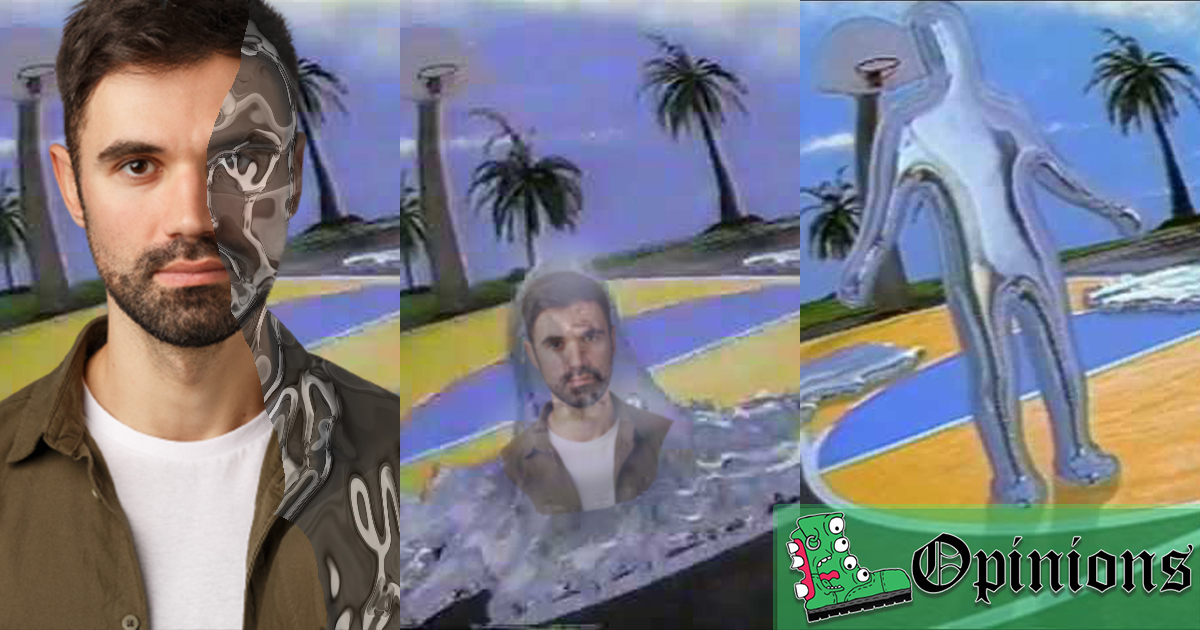 Here’s a parenting question for you all: At what age do you tell your child that they are expected to give up on their greatest dreams? The answer is never, you monster. Just because the first number of my age starts with a three instead of a one doesn’t mean my heart has ever stopped wanting what it wants. I’m tired of putting up the front and swallowing the great “adulting” lie. I refuse to waste another minute of my life conforming to what’s “expected.”

I have come to accept the fact that the Capri Sun commercial where Capri Sun turns people into water-beings with a single sip changed me forever. I’ll never forget the first time I saw it. I was catching a “Power Rangers” rerun before the bus came to get me. Dad was yelling at my older brother for not putting gas in the car, Mom was making french toast, and just as the smell of the vanilla began to waft into my room, I saw the miracle. My mind was full of liquid-biological possibilities, and I knew deep in my heart that no other mode of existence would do for me.

Look, I’m not an idiot. I know the science says that if I pound these sugary drinks long enough I will go into diabetic shock and slip into a coma. Best case scenario, someone finds me while I’m still breathing and I wake up in the hospital. But maybe, just maybe, dreams are stronger than science. Isn’t that worth the risk? To know, once and for all, whether or not there is magic in this world? Maybe it’s just that no one has ever had this level of spiritual, mental and physical commitment to an impossible task before.

If I pull this off, I promise never to use my aqua-power for evil, like robbing banks and stuff, which I could do easily, and the police would be powerless to stop me. No, I will merely roam the land on a series of skateboards, roller blades and razor scooters, spreading awesomeness wherever I go and reminding everyone that nothing keeps you cool like a refreshing blast of Capri Sun.

The only real drawback I can see is outliving my loved ones, and eventually the entire human race. Water doesn’t age, and I will no longer need food or oxygen to survive, as I will subsist on pure radicalness.

Okay, here I go, don’t try to stop me, and don’t try to tell me that this is like the time I thought eating a Slim Jim would give me the strength I needed to jump my bike over that gorge. This is nothing like that.