Opinion: If Metallica Never Cut Their Hair In The 90s They Would Have Sucked But Had Long Hair 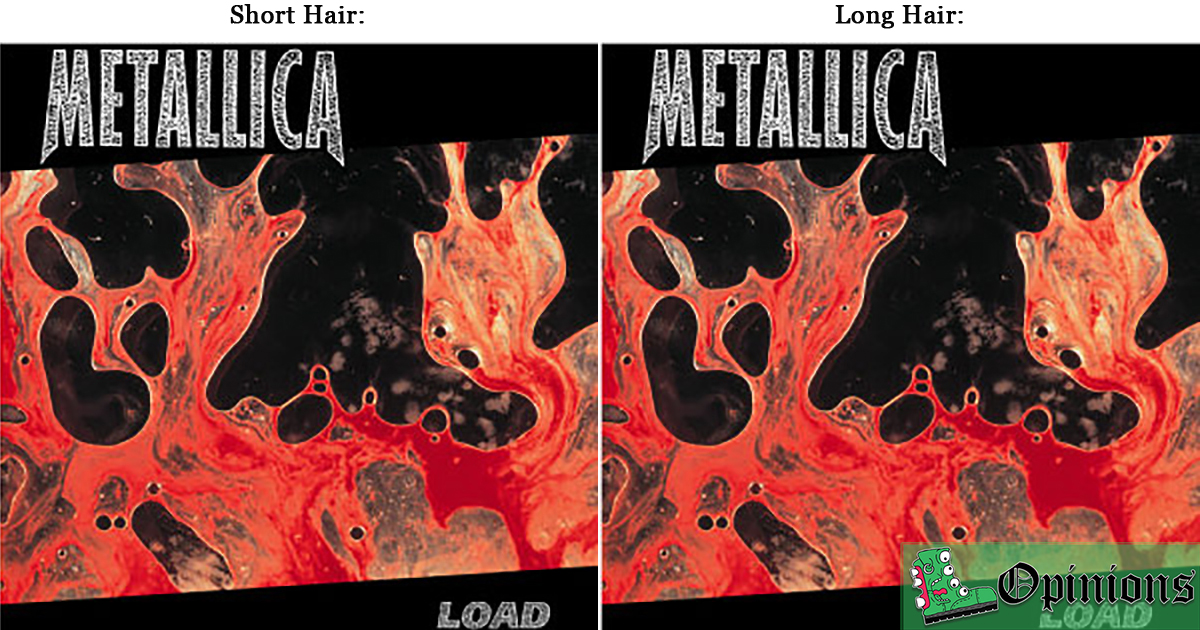 In the 1980s, Metallica were at the forefront of the World’s thrash scene. The image they held and the music they played kept them a cut above the rest. But in the decade following the 80s, Metallica made a decision that most people thought was their death knell: they got their ears lowered.

I’m here to make the case that with all the controversy behind Lars and co. cutting their long flowing locks in the 1990s, they were pretty much doomed regardless. And despite looking like total douche bags, their music would still have blown ass had they kept that classic, long haired heavy metal look.

Look back at the transition from “…And Justice For All” to the Black album. Can anyone really sit here and say that Metallica wasn’t already destined for a career of cold-neckdom when “Enter Sandman” was let loose on society? Sure, they still had the locks but the music was slowly transitioning into the travesty that was to follow.

Then 1996 hit, the world was in complete shock when the Bay Area heroes debuted their pile of audio dung, “Load.”

“Oh, Metallica sold out maaaaan. They cut their hair,now they are a bunch of posers maaaan.” Did these people ever actually listen to that monstrosity? They could have decided to keep their hair as long as Steve Harris’ and I’m pretty sure that record would still be one of the worst piles of shit to come out of the 1990s, a decade when Barenaked Ladies were king.

I mean come on, fuckin’ “Mama Said?!” Do we in the metal community really believe James could have pulled that bullshit off if he still had the signature thrasher hairdo? My god, how could they not imagine Cliff Burton rolling in his grave punching air with his fingerless gloves??

Then in 1998, that’s two years later, plenty of time to let their hair flow, they plopped “Re-Load” into the toilet of the masses, which is arguably the worst thing they’ve done in their entire crew cut career.

I almost feel bad for reminding you, the reader, of the cringey nature of songs like “Fuel” and “The Memory Remains,” but for the sake of my argument, I believe it’s important for you to imagine those songs played by “Kill Em’ All” era Metallica. And I’d definitely be hard pressed to find anyone who thinks that they could pull that dogshit off.

So all in all, I think it’s safe to say that no matter how cool they may have looked when they wrote their good music, none of that would have changed had Metallica kept that look as they bestowed the shit they recorded in the 90s on us, the headbanging public.