Opinion: I Lied About Liking Your Band. Now It’s Your Turn 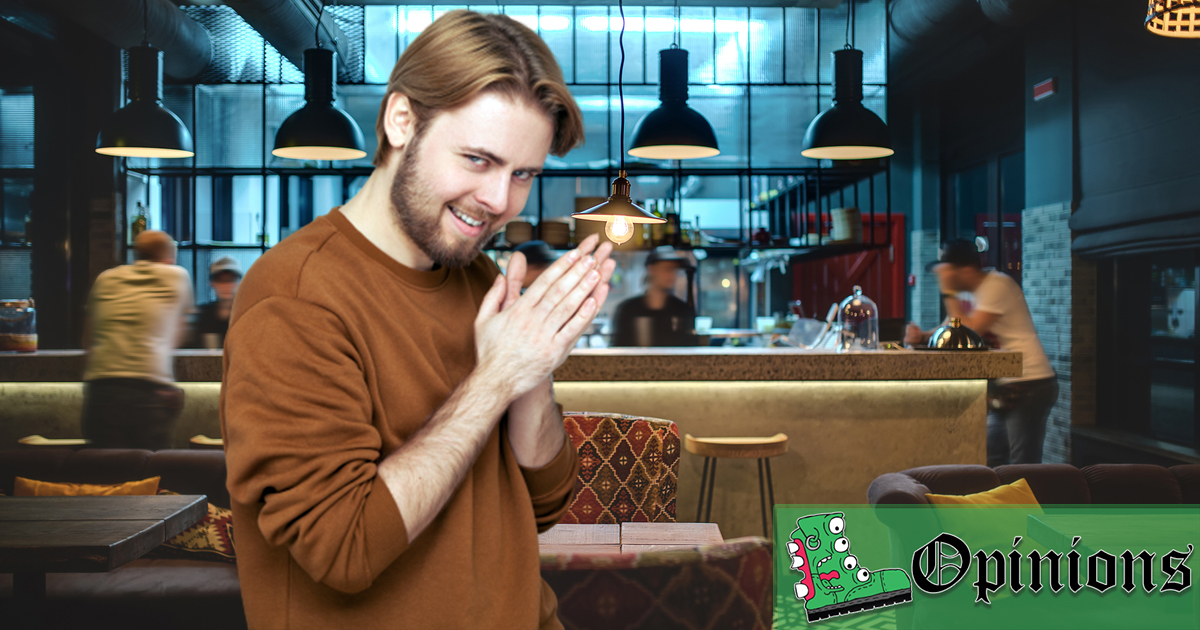 Alright shithead, listen up. I put on my little song and dance about how much I like your band’s new single. I gushed about it on Facebook, shared it with my friends and even listened to the song myself once or twice. It’s time to pay the piper.

Let’s start with an easy one. Later this week I’ll be debuting my new podcast “Cinemagicians.” In each episode one of my fellow southern Iowa-based magicians and I will discuss our favorite obscure hidden-gem films like “Pulp Fiction” and “Star Wars.” The first episode is four hours long and recorded on a 2015 iPhone 6. Most of that time is spent on heavy breathing and inside jokes, save for a three-minute segment where my guest does a racist Chinese voice. But I expect you to share and praise every single episode.

This is the Faustian bargain you’ve agreed to.

I’m going to need your musical opinion on this next one. Which of these rap songs should I do an acoustic cover of, Kendrick Lamar’s “DNA?” or “BALD!” by JPEGMAFIA? How bout that one song Maroon 5 does with Cardi B? Preferably something easy since the guitar strings still hurt my fingers. Regardless, I expect to see you in the Instagram comments complimenting my musicianship and full magician costume.

Starting to regret that late-night meeting at the crossroads where I agreed to tell my friends about how cool your band is? Maybe reading my slam poetry will help. I’ll be publishing some of it to Facebook tomorrow. And before you ask, yes, each poem is vaguely sexual and, for the sake of cohesion, they will also all be about magicians. And you WILL quote your favorite stanza in the comments.

You’ll have some options, but I recommend the stanza where I rhyme “decaying emissions” with “hunky magicians.”

After that, you’re off the hook. You can forget this ever happened, OR I can help you promote your next release… in return for some extra clout on a few magician-themed Kickstarter campaigns, of course.