Opinion: How Could We Need More Gun Control When I Already Have The Gun and Am Clearly in Control 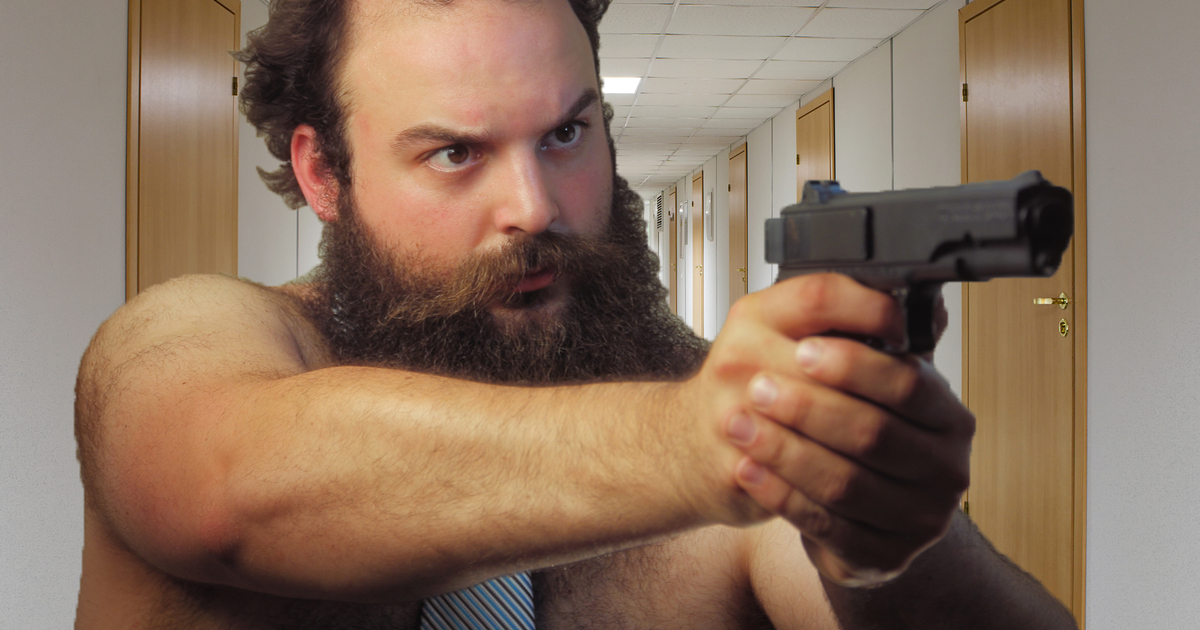 The debate over control has always been a heated dialogue in our country, but in recent years it has reached a fever pitch. The number of mass shootings in America is on the rise, most notably in our schools and places of work. Democrat and republican voters alike are growing increasingly concerned, and demand for more gun control has never been higher.

Respectfully, I must point out the absurdity of such a demand. As you can see, even though I only have one gun, I am very clearly in control right now.

I AM IN CONTROL RIGHT NOW!

The notion that more gun control will keep americans safe is laughable. I mean, do you feel safe right now? DO YOU?! You can’t respond verbally because silence was my first rule, but I’m smelling a lot of fresh urine in the crowd and I think that pretty much speaks for itself.

By the way, the next one of you sheepole to piss yourselves gets a fucking hole in the head.

Instead, I have to settle for this crummy office building. Not even the whole building! Just the floors I could access before the whole place went into lockdown.

Gun control is not the simple black and white issue most people seem to think it is. It’s not the sort of problem that can be resolved by just throwing money at it!

Seriously, stop throwing your money at me. That’s not what I’m here for. What I have here is much better than money.

The point is, increased gun control will not make people safer. I say that not only as a husband and father but as a living god.

I am Anubis incarnite. He that is death. The rivers shall run red and the wind shall be my hand.

So when you go to the polls this midterm election with your simple little one issue pro gun control agendas remember this: that is absolutely not going to happen because you are all about to die.