Opinion: How Could Trump Die From COVID When He’s So Muscular in This Cartoon? 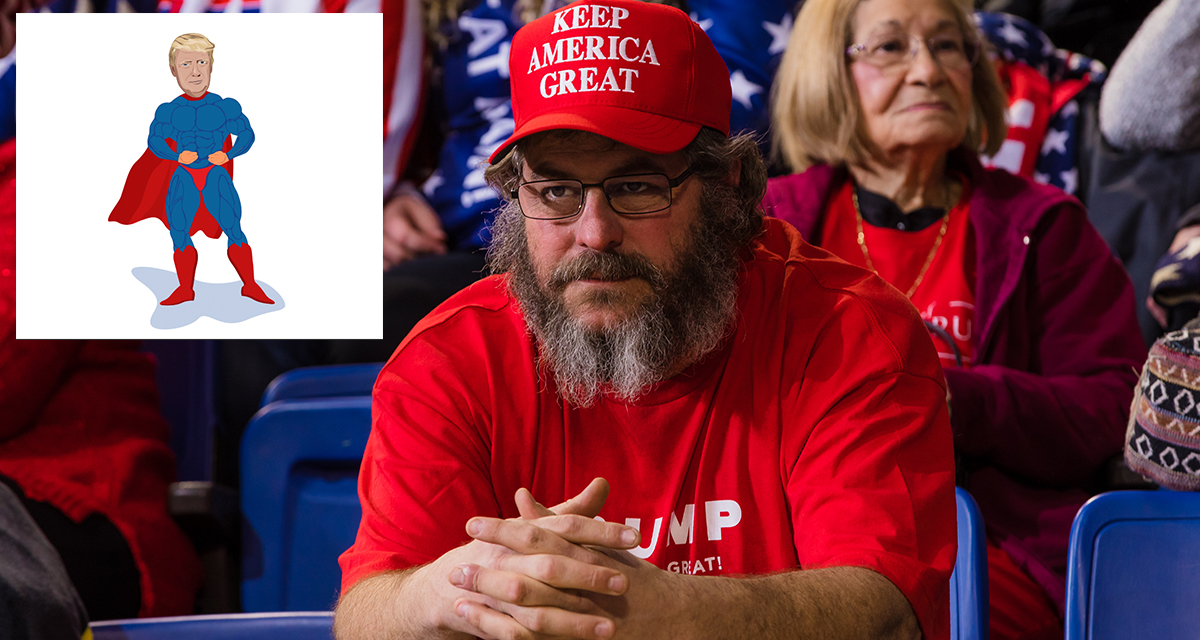 My president likes his soldiers “not captured.” Well, I like my presidents “not dead.” And I like Trump, so it’s a good thing COVID has no shot in Hell of killing Daddy Trump. How do I know? Is it his inability to accept his own shortcomings? His bulletproof composure in the face of being caught dead to rights in a lie on live television? Yes, but also because look how fucking ripped this dude is in every conservative meme in my newsfeed!

COVID is simply not capable of killing Donald Trump. Sure, I haven’t seen him fight COVID in any memes, but here is a list of the things I have seen a poorly-drawn, shredded Donny T takedown via single-panel cartoons: ANTIFA, football players taking a knee, a jaguar, the literal globe, and I haven’t even started scrolling yet.

And I thought Jesus was ripped. To be fair, they didn’t have the Keto diet back then.

The perception of Donal Trump is clearly too jacked to be taken out by a flu. A flu from China, mind you. And they make their stuff real shitty over there. If this were an American flu, then maybe. But even still, I’ve seen Big Don take on America before, and America just keeps taking L’s.

So give Trump all the COVID you want. Hell, add some E. coli to the mix. Then splash some hepatitis in there. Mix in a little Ebola-AIDS for flavor. The man simply cannot be taken down. Oh, and rub some herpes in there too. Get ‘em nice and in his crevices. Trump doesn’t care! He’s just too Goddamn strong from literally dunking on various liberals, athletes, and continents all over my timeline.