Opinion: Chicago Was a Ska Band. Please, Just Let Me Have This 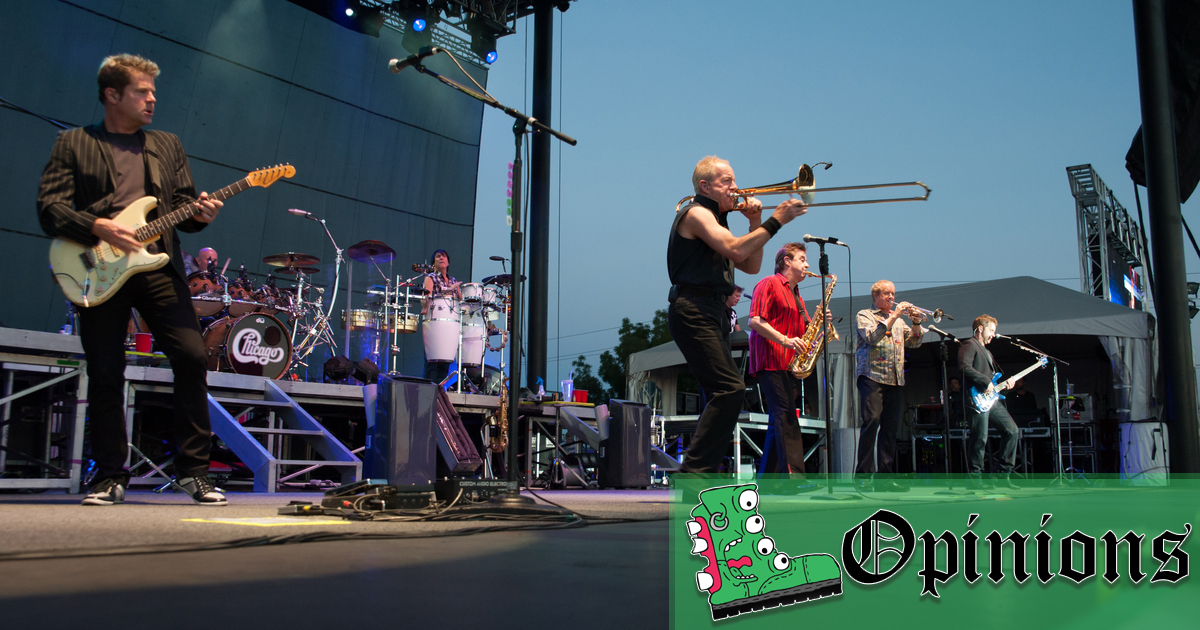 I am going to go out on a limb here and say that the popular 1970’s rock band Chicago was, technically, a ska band. I mean, they did have a horn section. Please just let me have this! I really need a win.

Sure, maybe the brilliant Trumpet playing of Lee Loughnane might not be in the traditional Ska stylings but the Hard Times editors are really on my ass about producing more content and there are only so many articles I can write about Reel Big Fish and Black Flag.

One might even argue that Terry Kath’s guitar stylings are influenced by Byron Lee & the Dragonaires. Sure, I don’t have any proof of that and I don’t think the timelines match up but this has been a really rough period of time in my life and I’m convinced everyone in the office thinks I am a fraud.

Trombonist James Pankow has played with such acts like Earth, Wind, & Fire and they were pretty much the Mustard Plug of the ‘70s I bet.

I am going to be honest, I don’t know Chicago’s music too well. My boss assigned me to write an article about Chicago because they are trending. I just listened to their top 10 hits on Spotify and I never knew they had a horn section.

Ska just doesn’t have that one big act to give it some clout. I just though, maybe if we could convince people that Chicago was a ska band we maybe could give ska a little bit of credibility. Thanks to shitty 90s novelty acts ska is no longer taken seriously as a musical genre or art form.

Full disclosure, I am in a Doctor Who themed ska band called The SKAros and things are not going so well for us. Promoters just laugh at us when we try to book gigs. Our sax player quite because she got a scholarship to be in the Texas A&M marching band.

The SKAros are available for birthdays and bar/bat mitzvahs and we can do a pretty mean cover of ‘Hard Habit To Break’ if I do say so myself. Listen, the doctors say I’m not well.